Dahmen gets well-deserved props: I had the pleasure of spending time recently with Newcastle artist Jane Dahmen at the cafe at Sherman’s Maine Coast Book Shop in Damariscotta (a pleasure on two counts). Dahmen, as some people know, was recently named in Maine Magazine’s fifth annual 50 Mainers issue as one of 50 residents of the Pine Tree State that are “leading by example.”

“Maine isn’t short on independent spirit. We have a long history of artists calling Maine home, escaping to the woods and sea to find inspiration,” the article announcing the 50 celebrated Mainers begins. “Small businesses drive our economy, which has one of the highest percentages of self-employed workers in the country. 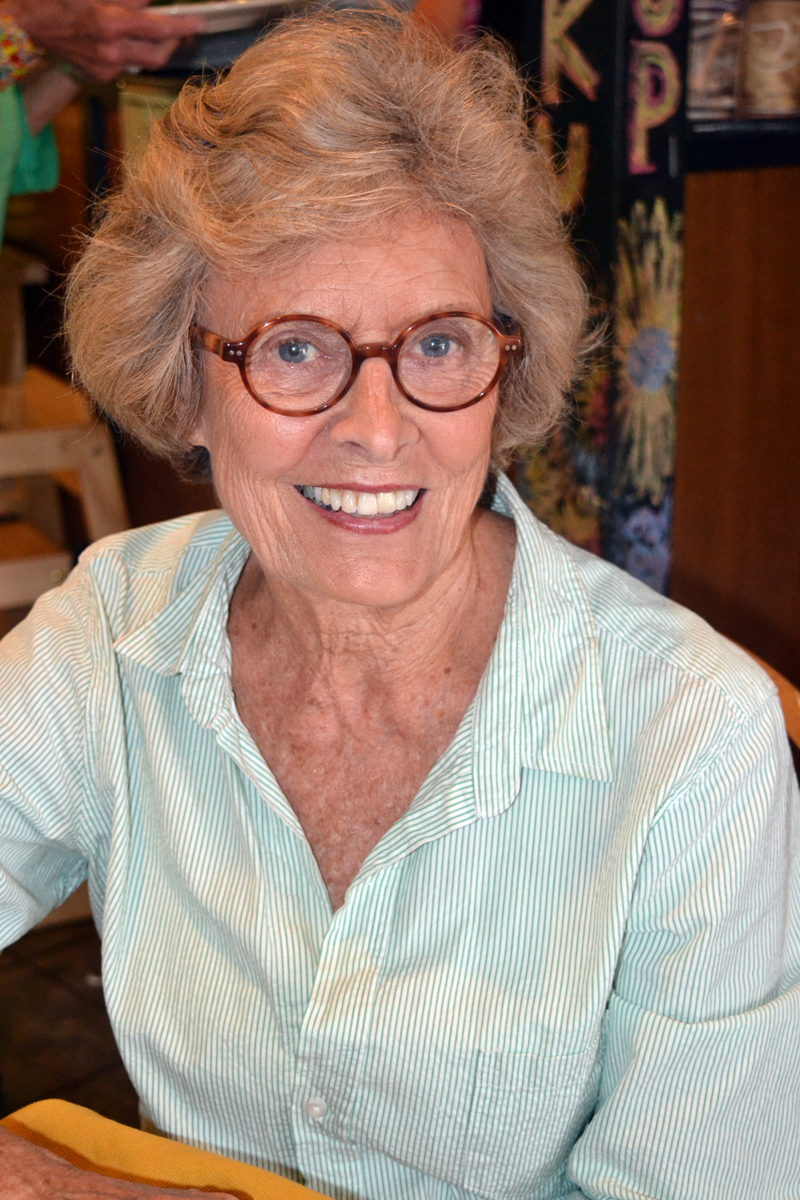 Newcastle artist Jane Dahmen was recently chosen by Maine Magazine as one of 50 “independent leaders transforming their communities and the state” in the magazine’s fifth annual 50 Mainers issue. (Christine LaPado-Breglia photo)

“But what makes the individuals on the following pages special isn’t just their self-reliance; it’s their drive to do what’s best for their communities, no matter the odds or expectations.”

The remarkably talented Dahmen was recognized not only for “painting the Maine landscape for the past four decades,” but also for hosting the highly successful Talking Art in Maine: Intimate Conversations live-interview series at Lincoln Theater in Damariscotta since 2013, featuring a stellar lineup of artists and curators. Her capacity-crowd interview last summer with famous artist William Wegman, for one, was very informative and extremely funny, as anyone who attended can attest to.

Dahmen said that receiving this honor was “a total surprise.” When Maine Magazine called her to tell her she had been selected for the prestigious 50 Mainers issue, she was “very surprised and happy.”

Dahmen said she and other honorees recently attended “a beautiful event” at The Stone Barn at Saint Joseph’s College in Standish. Previous 50 Mainers honorees, such as Sen. George J. Mitchell, were in attendance as well.

“There are some fascinating people in there,” Dahmen said of the 2017 50 Mainers issue of Maine Magazine, naming Deirdre Nice, who is executive and artistic director of St. Lawrence Arts in Portland; widely published women’s-health writer Dr. Christiane Northrup, textile designer Erin Flett, and actor Patrick Dempsey as examples.

“I don’t feel like I’m really up to the level of some of those people,” Dahmen said.

Many others would beg to differ. 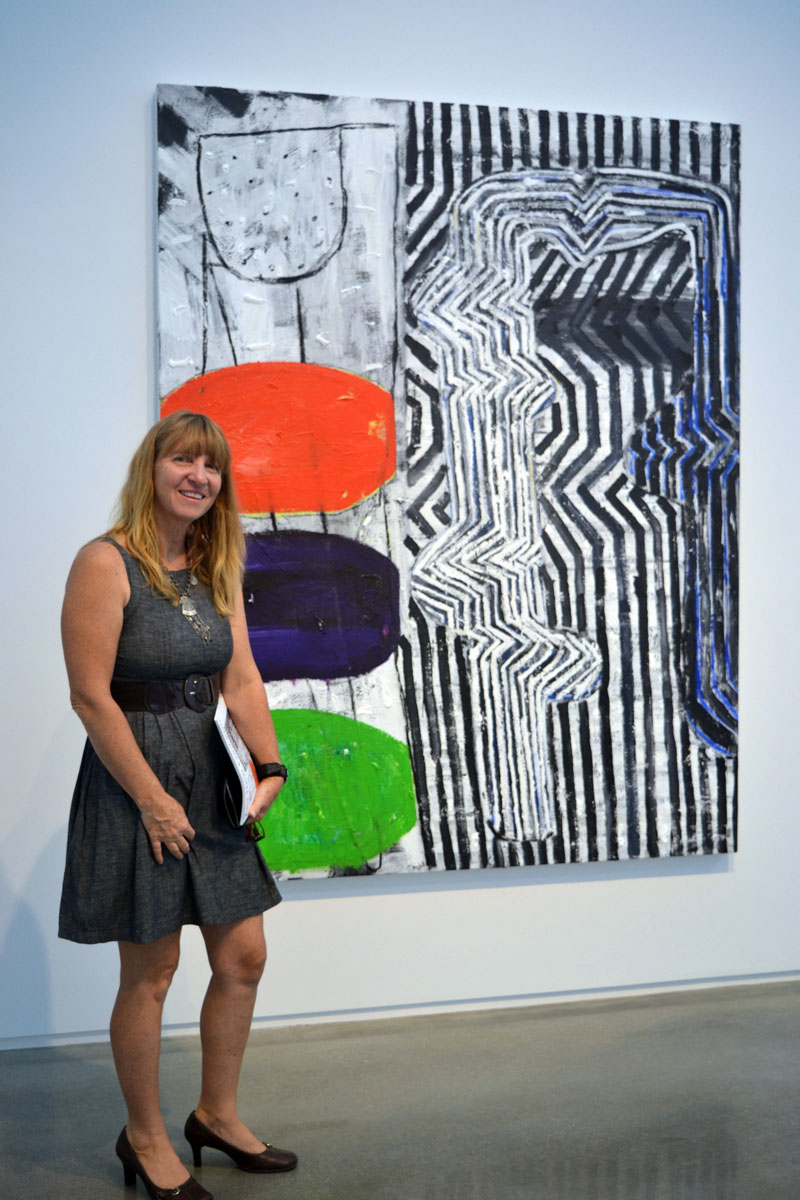 The fun, swanky party at the Center for Maine Contemporary Art in Rockland was well-attended by art-world folks from across the Midcoast. One of the highlights for this lover of delicious food was the huge, irresistible array of hors d’oeuvres from Laura Cabot Catering in Waldoboro. 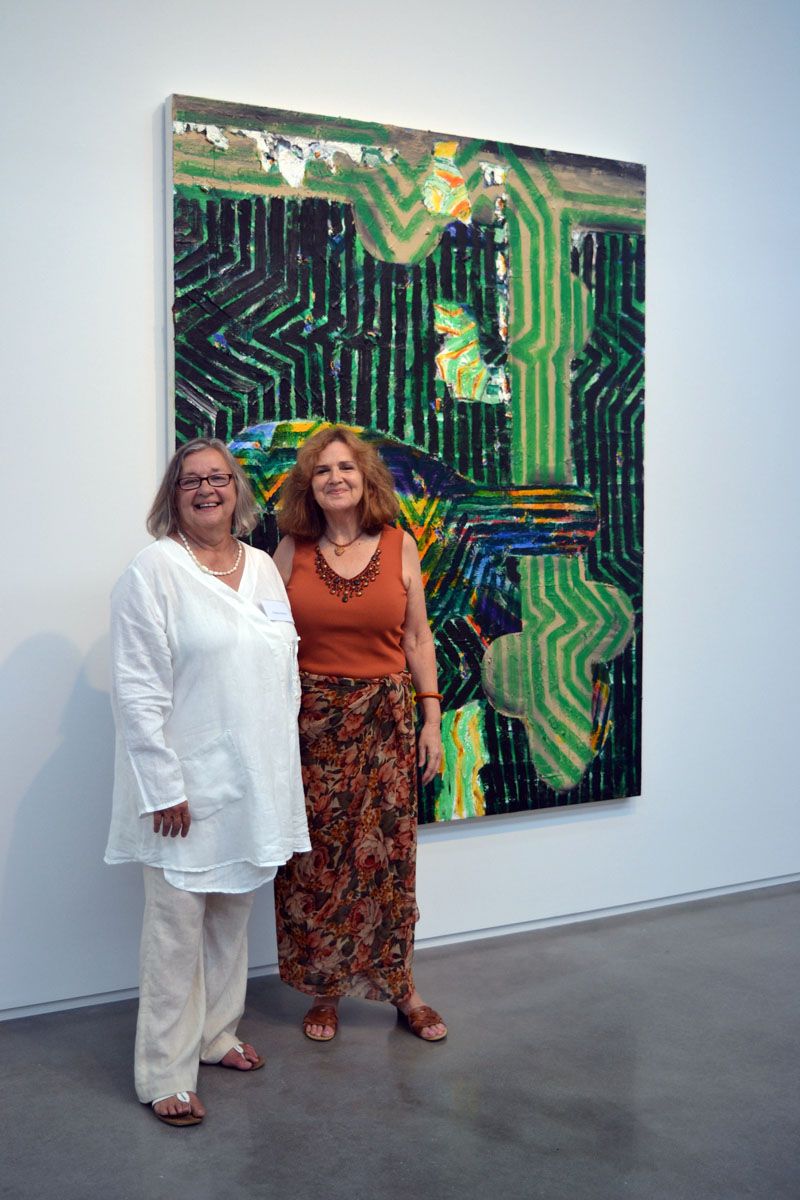 Other highlights, of course, were the chance to talk with the interesting people in attendance, such as Belfast photographer Liv Kristen Robinson and Yvette Torres, of Yvette Torres Fine Art in Rockland, and to take in the stunning large paintings in John Walker’s “From Seal Point” exhibit. Also fascinating is the center’s “Temporality” exhibit featuring the quirky, clever multi-media artwork of Stonington artist Jenny Brillhart and part-time Thomaston resident Sara Stites, which closes Sunday, Aug. 13.