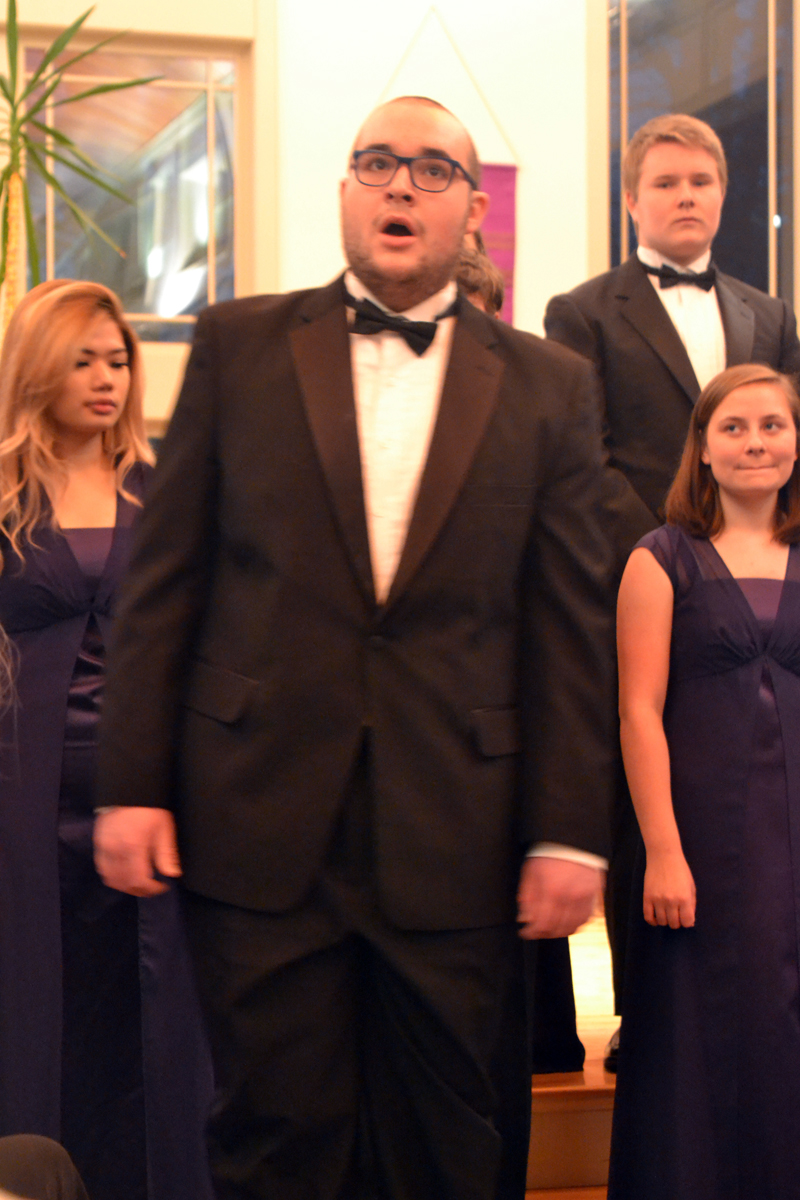 Accompanied by pianist extraordinaire Sean Fleming, bassist Lucas Steinberger, and percussionist John Mehrmann, Preston kicked off the concert with an audience singalong of “Deck the Halls,” featuring the Lincolnaires on the second verse, sung from the back of the hall (a nice touch).

Then the LA Concert Choir took the stage.

The 32-piece choir – the girls decked out in long purple dresses and the boys looking elegant in black shirts and purple ties – launched into a buoyant version of the Christmas classic “It’s the Most Wonderful Time of the Year.” The group followed with “Believe,” the moving song from the film “The Polar Express.”

The choir’s third song was a version of the Lorde song “Royals,” as arranged by a cappella supergroup Pentatonix. Accompanied by recorded beat-box sounds, the LA Concert Choir did a fantastic job on the cool and rather difficult piece. No audible mistakes whatsoever. And that’s saying a lot.

The Lincolnaires’ time on stage was impressive. Member Helen Newell did excellent double duty as singer and fiddler: she accompanied her ensemble mates on fiddle on “I Saw Three Ships/The Blarney Pilgrim.” Senior soprano Phoebe Pugh’s crystalline voice was just right for the solo in the traditional spiritual “Rise Up, Shepherd, and Follow.”

I think it is fair to say that senior baritone Miles Jackson stole the show with his spot-on delivery of “You’re a Mean One, Mr. Grinch,” immediately after he had already wowed the audience with his lovely rendition of “O Come All Ye Faithful.” Jackson’s timing in the Grinch song was impeccable. The audience seemed to hang on his every word, getting great pleasure when he uttered such familiar lines as “The three words that best describe you are as follows, and I quote: ‘stink, stank, stunk!’”

The combined choirs sounded wonderful on Arizona musician Rick Hale’s mashup of jazz standard “Fly Me to the Moon” and Jason Mraz and Colbie Caillat’s song “Lucky,” accompanied by senior guitarist Sam Laemmle. Each of the songs is great alone, and together they are fabulous.

Senior soprano Kayleigh Tolley shone in her solo in “Have Yourself A Merry Little Christmas.”

It was a great evening. Thank you, all! 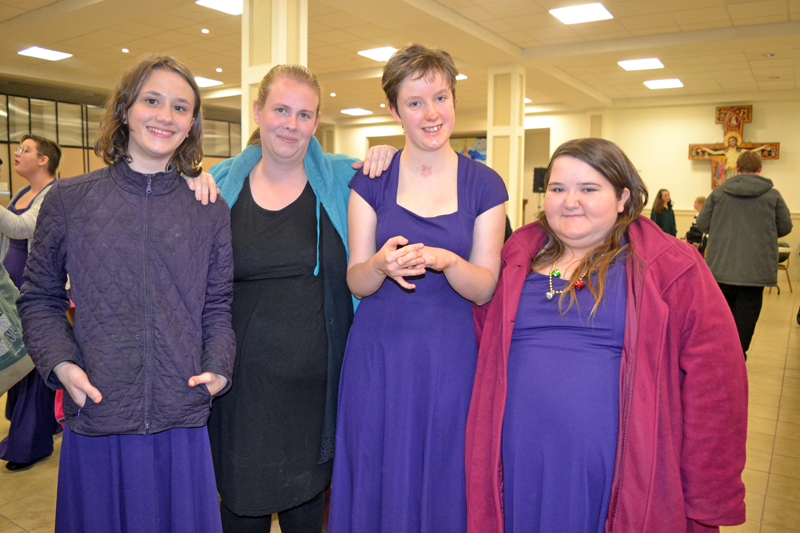 (Full disclosure: My daughter, Lydia LaPado, is a member of the LA Concert Choir.)

Plummer on the rise: Damariscotta bone artist Keith Plummer is once again making his mark on the art scene on the other side of the Atlantic. On the heels of returning from showing his stunning bone-and-metal sculptures at the Visual Art Open in Chester, England, Plummer received the good news that he was chosen to exhibit work at the International Biennial of Nations in Venice, Italy in March. 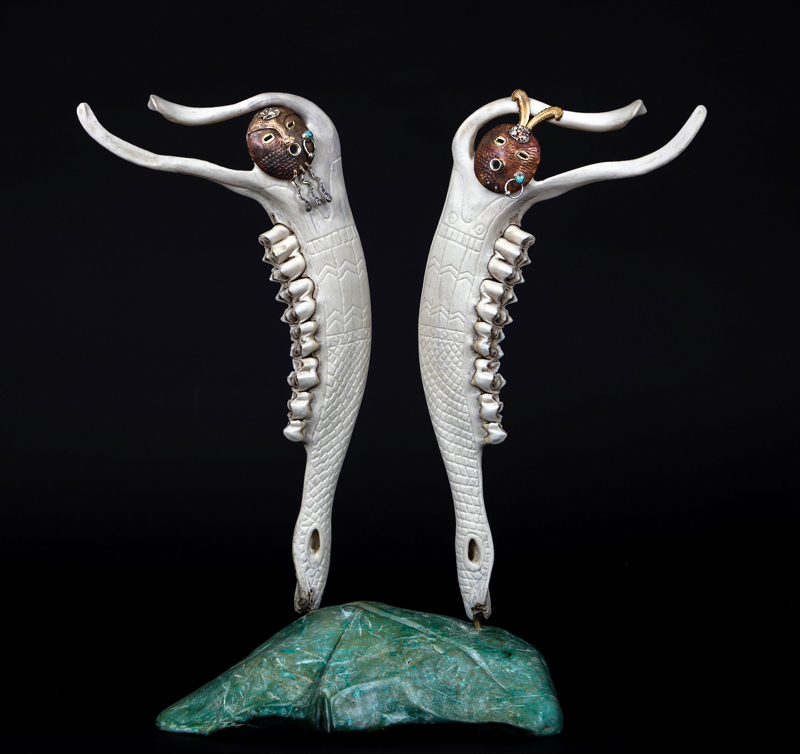 “Keith is thrilled that he is making an international presence,” said his wife and publicist, Anne Plummer, who teaches at Great Salt Bay Community School in Damariscotta. “He wants his journey to be shared so that other artists seeking attention for their efforts will persevere despite numerous rejections.

“In the world of art, there is a place for everyone who craves an audience. The digital age makes it possible to have your work seen by people of different cultures and values, making this the most amazing time in history to be an emerging artist.

“This trip provides Keith with an opportunity to study the bounty of historical artwork that can be found all over the ancient city of Venice, along with generating important networking connections.”

The two pieces that Keith Plummer will exhibit in Venice are “Loki, the Shape Shifter,” a carved horse sacrum with pyrographic tattoo; and “The Twins,” an elk mandible sculpture with copper, silver, brass, and turquoise on African verdite stone.

Sabino’s sound therapy: I would be remiss if I did not mention the extraordinary sound-therapy session I had with local musician and empathic healer Emily Sabino recently.

Sabino, as many know, offers free Sonic Uplift events at her Newcastle home, during which she leads a group of people into a relaxing state with the sound of her very large hanging drum and some well-chosen words.

Her one-on-one sessions are even more effective. I left her house feeling enlightened, uplifted, and ready to tackle the rest of my day with enthusiasm.