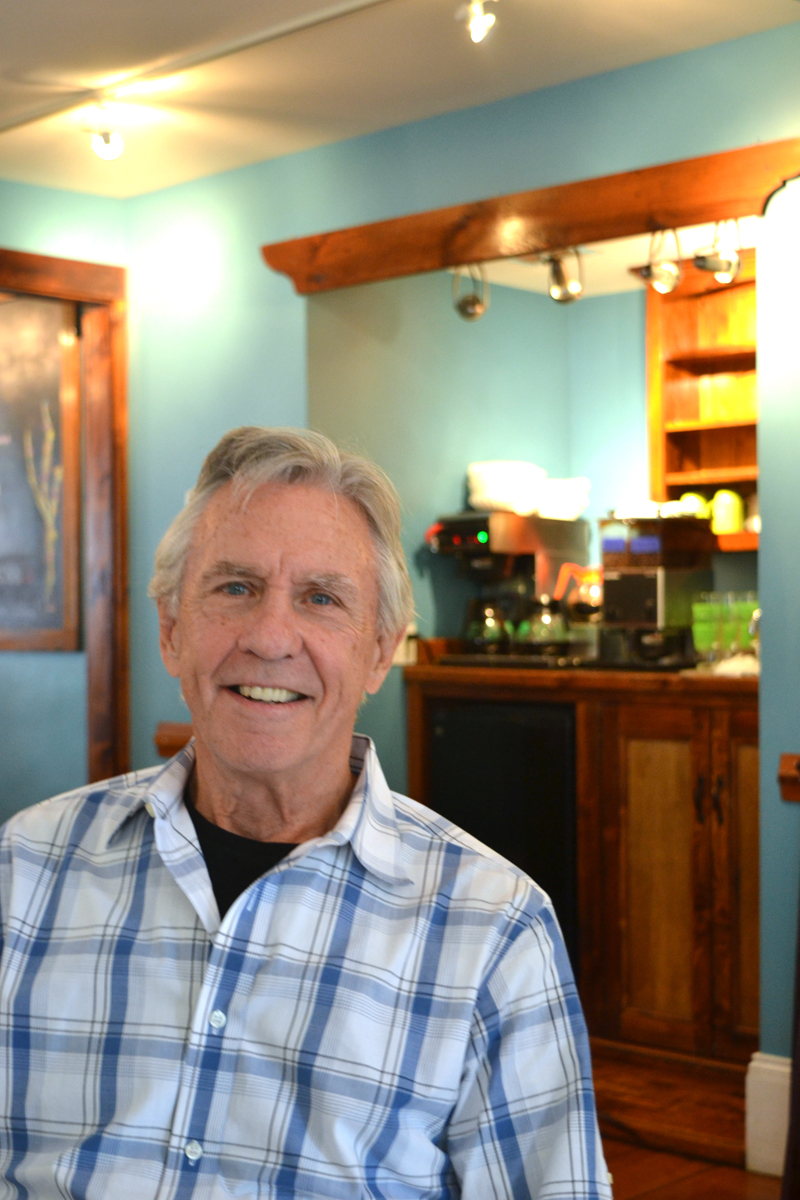 Stuart’s stories: Twenty-seven seconds into Charles Stuart’s beautiful new short film “Sheepscot River Stories” we see two preteens jump from the side of a low rural bridge into the Sheepscot River on a sunny day, a just-audible squeal of delight coming from one of them before the camera pans up to take in a wide shot of the grandeur of the river and the deep-green woods on the horizon.

“I just love that,” Stuart said of the idyllic scene in a recent interview over breakfast at Crissy’s in downtown Damariscotta. The entire 30-second opening of “Sheepscot River Stories,” in fact, captures the beauty of iconic Maine, starting with a lighthouse shot, moving to boats and birds, and ending up with the jumping kids before the title of the film appears on the screen – all without ever being cliched.

Stuart is an independent filmmaker with tons of cred under his belt, including working as a producer, director, and writer for WGBH in Boston, one of PBS’ flagship stations. “Into the Light,” his powerful documentary about “the stigma and shame surrounding mental health in this country,” as he described it to me in an interview earlier this year, screened at Lincoln Theater in Damariscotta in February and was shown on PBS in May. “A Matter of Duty,” concerned with military veterans with PTSD, was shown 100 times on MPBN, the precursor to Maine Public.

Stuart is also a producer and writer on the new five-part ESPN series called “Basketball: A Love Story.”

In between his big projects, Stuart made time to create the 21 1/2-minute-long “Sheepscot River Stories,” pro bono, for Midcoast Conservancy. The film was shown at the organization’s Sept. 15 fundraising gala, Champagne on the Sheepscot.

Stuart said that when pitching the idea for the film to Midcoast Conservancy Executive Director Jody Jones, he noted that “the Sheepscot River is the vein that runs through the Midcoast – it’s the artery. And I hear from friends of mine that it’s very rich and diverse.” 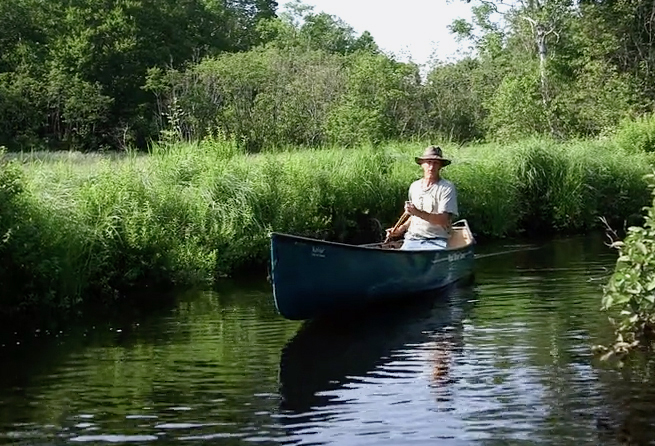 Stuart captures that richness and diversity in “Sheepscot River Stories” as its storyline begins with Midcoast Conservancy volunteer and widely traveled  conservationist Buck O’Herin paddling a canoe through the brushy headwaters of the river in Waldo County and wraps up in Wiscasset, where volunteer water-testers Paula Swetland and Celeste Mosher boat along the wide-open section of the river before it joins the Atlantic Ocean.

Along the way, we meet others who share the attraction of the stretch of the river they have been chosen to showcase — including Jones, who speaks from the scenic, rocky banks of the Sheepscot River at the Whitefield Salmon Preserve. (Did you know that all 12 species of anadromous fish – those that migrate upriver from the ocean to spawn — are found on the Sheepscot? I learned that interesting tidbit from Jones in this film.)

In their scenes in this cinematic ode to a river, young kayakers Levi McAtee and JoJo Martin draw the viewer in as they traverse the river’s roiling reversing falls and travel along peaceful stretches, accompanied by the calming sound of paddles dipping repeatedly into water.

Stuart was keen to mention Midcoast Conservancy Communications Manager Ali Stevenson, a “wonderful local woman who worked with me to cast the film. I give Ali a lot of credit – you’ll notice that the cast of characters all have a different story to tell.” 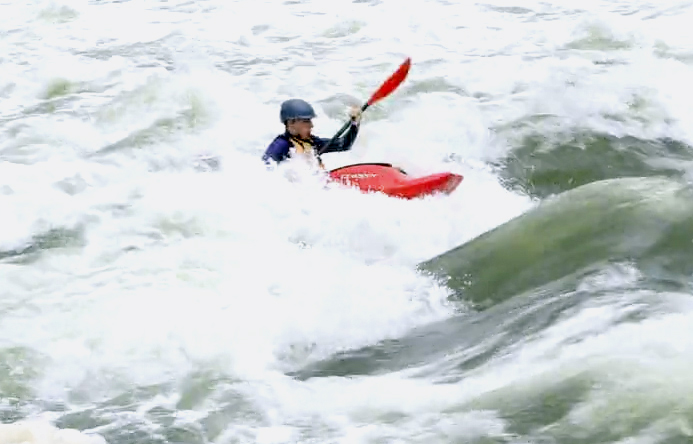 Stuart summed up his project as “using film and storytelling to take people to places they normally would never go. Even some lovers of the Sheepscot River have never been up to Freedom and Unity,” at the headwaters of the river.

“It’s fair to say I had as much fun doing this as almost any film,” Stuart said. “I was mixing together several of my loves – filmmaking, storytelling, and Mother Nature.”

The film will be shown again locally on Dec. 6 at Midcoast Conservancy’s annual meeting, which will take place at Wavus Camp in Jefferson and is free and open to the public.