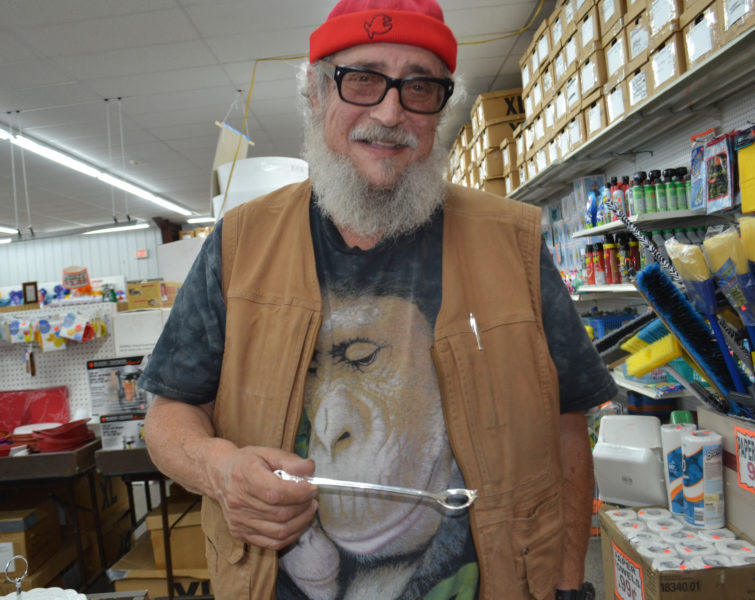 Big Al’s Super Values, known for its unique merchandise, will close by the end of the year. Owner Al Cohen said, “Where else would you find a silver-plated olive spoon other than at Big Al’s?” (Charlotte Boynton photo)

The news that the Big Al’s Super Values, a landmark in Wiscasset for 35 years was closing came as a shock to everyone that heard it last week. Unfortunately, it is true. Big Al’s, over the years has become a destination to many throughout the state and beyond.

According to owner Al Cohen, his closing is another victim of the economic impact brought by the COVID-19 pandemic. The impact to the business began in March 2020, after the store’s annual closing from Jan. 1 to March 15. When he re-opened on March 12, 2020, he had to close his doors eight days later for two-and-half months due to the pandemic shutdown. In 2020, Big Al’s was open for only five months of the year, decreasing revenue by about 75%.

Before the pandemic, Big Al’s was open seven days a week, 11 hours a day. When the store reopened in June 2020, it was eight hours a day five days a week, creating about a 30% loss of business.

“I thought we would get through it. I planned for another 10 years of being in business at the store. The next problem that came up. I was unable to get enough staff to fully operate the business,” Cohen said.

Since announcing its closing, Big Al’s has been very busy, even before Cohen started discounting his goods by 33% on Monday, Sept. 20.

Big Al’s Super Values is unique in its merchandise, prices, and service. For 33 years, Cohen  offered free tea and coffee to all his customers and a free gift to each one who makes a purchase. On special days, an additional gift is given for purchases over a certain amount. Because of the pandemic, Big Al’s no longer offers free tea and coffee. Customers still get a free gift after making a purchase.

As it is often said about people that are not born in Maine, Cohen is “from away.” During a recent interview, he said he came to Maine from New York because of the cost of real estate.

Cohen came to Maine alone in 1985, leaving his wife Melissa and son Ray in New York. Ray was a junior in high school, and wanted to graduate with his class. For 18 months, Cohen traveled back and forth on weekends to New York to be with his family, while living in a trailer on his property in Boothbay.

During that time, he opened his first business in Boothbay, the Big Al’s Self Storage facility, which he will continue to operate. In 1986, he opened Big Al’s Super Value in a rented building that is currently the Seacoast Coffee Company, at 564 Bath Road.

Since the announcement of the Big Al’s Super Value store closing the end of the year, the store’s parking lot has been full of cars with shoppers. (Charlotte Boynton photo)

According to Cohen, the building was much smaller and the owner expanded the building for him. He operated the business in the rented location until 1990.

When asked how he came up with the name “Big Al,” he said it was easy. He was a big boy weighing 360 lbs., and his name is Al. Currently, he weighs much less, and watches his diet because he is looking for the years in front of him.

Cohen purchased the property his current store is located on the day it went on the market. He felt confident it would be a good location for the business since it was across from the Sea Basket, a popular restaurant. Apparently, he was right. He had to enlarge the building to accommodate his customers and merchandise within five years.

“The rest is history,” Cohen said.

But the history of Big Al, the man, will not end with the closing of the super value store. 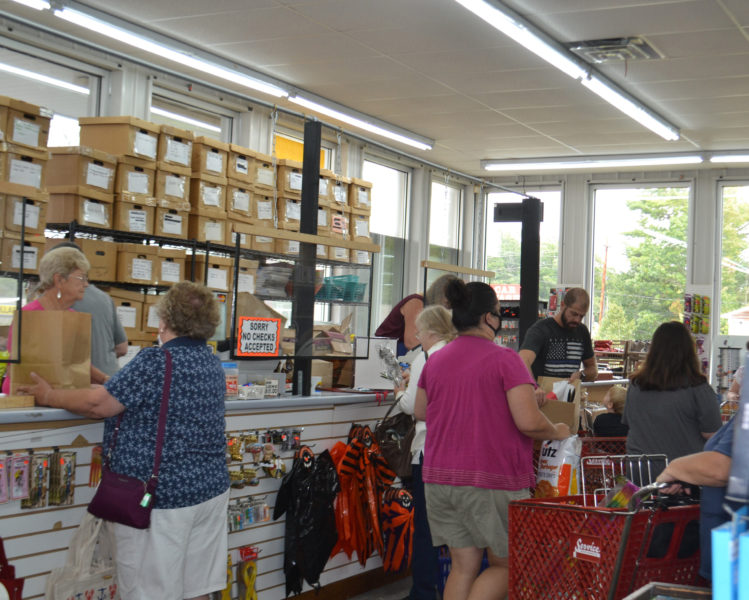 “At 71 years old, my body tells me it time for me to do less work and enjoy the next 15 years by having really good health and do some traveling,” Cohen said.

When asked what he planned to do with his free time, he said, “It will give me more time to help with the food pantry.”

He delivers donations from Hannaford’s in Boothbay to St. Philips Church food pantry in Wiscasset regularly, and also from the Twin Villages Food Bank Farm in Damariscotta. The farm grows vegetables at the Coastal Rivers’ Salt Bay Farm, and donates them to food banks throughout Lincoln County.

Cohen supports the Set for Success program for students in the Boothbay Region and Wiscasset. The program provides school supplies to all students the week before school starts.

He also looks out for his employees. Saturdays, during their open season, he goes to the farmers markets in Brunswick and Bath to support the farmers, and he brings the goodies back to share with his employees. He supports St. Philips annual Strawberry Festival each year by purchasing strawberry shortcake for each employee at work that day.

He is dedicated to serving his community, and served as a member of the town planning board for over 15 years. He is currently serving on the ordinance review board, and has served on the interview board for hiring town employees.

Big Al Cohen is also known for being a philanthropist, a person that has donated to just about every charity and non-profit organization in the county over the years, and will continue to do so. A man that has demonstrated he works for the well being of all people.

“I know this is the right time for me close. It is the right thing for my body, and my employees. There are plenty of jobs out there waiting for good employees. I have great employees, and I want them to have the opportunity to find other work,” he said. 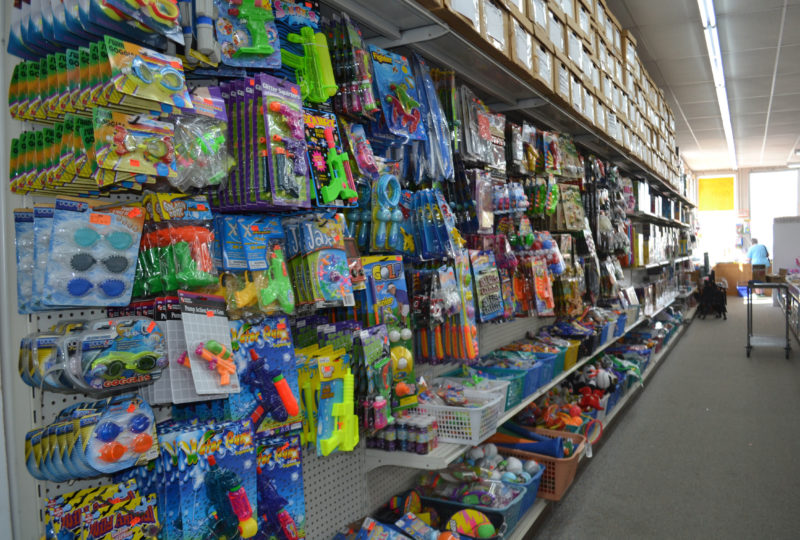 With reports of a potential toy shortage this Christmas related to pandemic issues, Big Al Super Values has a large inventory of toys on hand, offered with a 33% discount. (Charlotte Boynton photo)

Cohen has worn many hats over the years. He wants to add another hat to his collection, that of being a landlord. His plans to rent the building in the future, and become a landlord to a successful business for another 30 years.

Although Cohen is receiving condolences daily from his many customers, he wants them to be aware he is not going anyway. He will continue with his commitments to the town, the community programs he is involved in, and keep a watchful eye of Big Al’s Fireworks Outlet that will be managed by his son Ray.