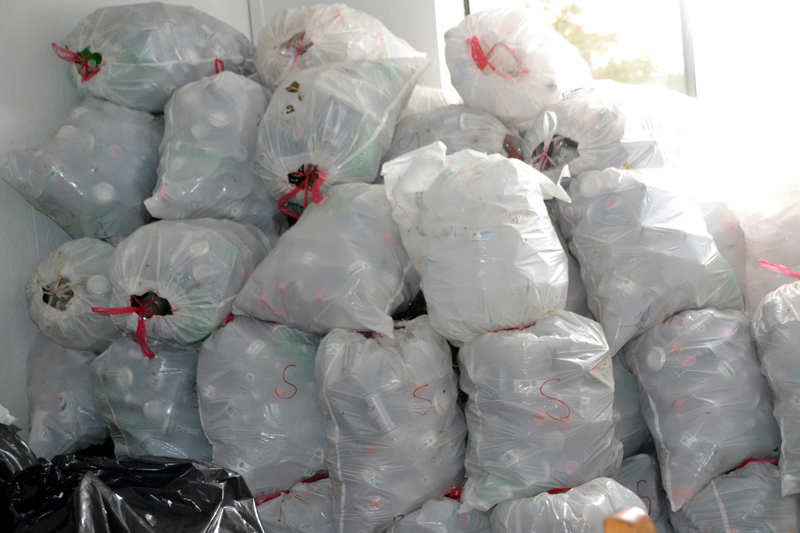 Bottles pile up at Bonus Redemption LLC in Newcastle. New owner Janet Fairfield is working to clean out the bottles and make room for more before the business reopens on a regular schedule. (Charlotte Boynton photo)

Bonus Redemption LLC, at 116 Mills Road in Newcastle, is under new management. The new owner, Janet Fairfield, bought the business from Ken and Lisa York earlier this month. Fairfield is asking for patience from customers during the transition period, as the business will have flexible hours for a couple of weeks.

During the transition, Fairfield is catching up with a large number of returnables already at the center, training new employees, and reorganizing the counting tables to make the return process easier for both customers and employees. 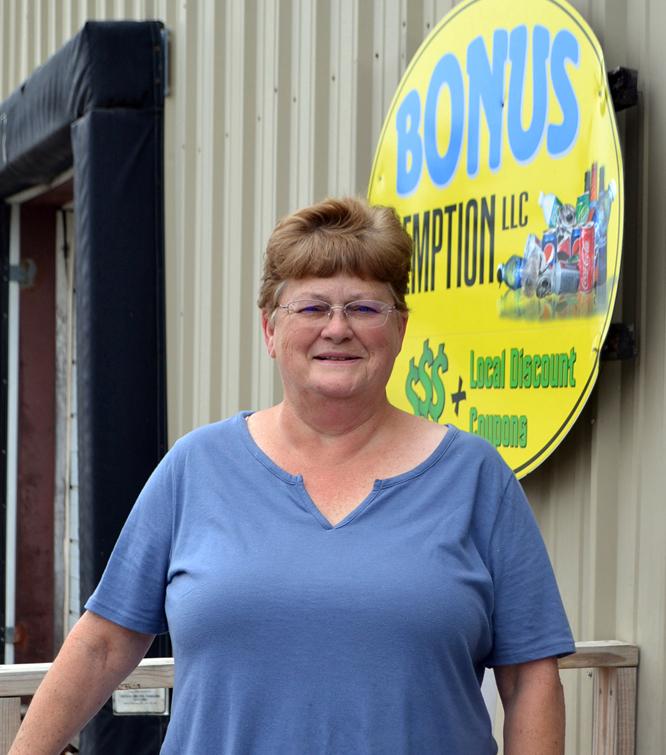 The redemption business is not new to the Fairfield family. Janet Fairfield and her husband, Gary Fairfield, have been in the business since 2001, when they opened G&J Bottle Redemption in Wiscasset.

In 2011, they opened G&J in Boothbay. When her husband retired, Janet Fairfield managed the business until March of this year, when the building was sold. The space is now home to Pharmer’s Market.

Janet considered retiring with her husband until the opportunity to take over Bonus Redemption came up. Knowing the need for a redemption center in the area, she decided to get back into the business.

Instead of closing completely until all the necessary work is complete, Fairfield decided to offer limited service for a brief period of time.

She decided to open the business for a few hours at a time. Most customers have been understanding, but some have expressed frustration about the irregular hours and having to wait to have their bottles counted.

Counting the bottles correctly is important to the business and to the customers, and employees must be trained to count and separate the returnables.

Fairfield plans to hire about seven people, mostly new employees who will need training. Within a couple of weeks, she hopes to be open from 8:30 a.m. to 5 p.m. Tuesday-Saturday. The center will be closed Sunday and Monday.

For now, the redemption will open at 8:30 a.m. Tuesday-Saturday for a few hours a day. Fairfield encourages people with small loads of returnables to come early, when the wait time will be shorter.

Fairfield is the third owner of the business this year. Casey and Erica Stevens, of Newcastle, bought the business in January and sold it to the Yorks the next month.

Fairfield’s goal is to provide a clean, organized, friendly, long-term redemption for the area, as she has done in the past in Wiscasset and Boothbay. “I just need time to reach those goals,” she said.