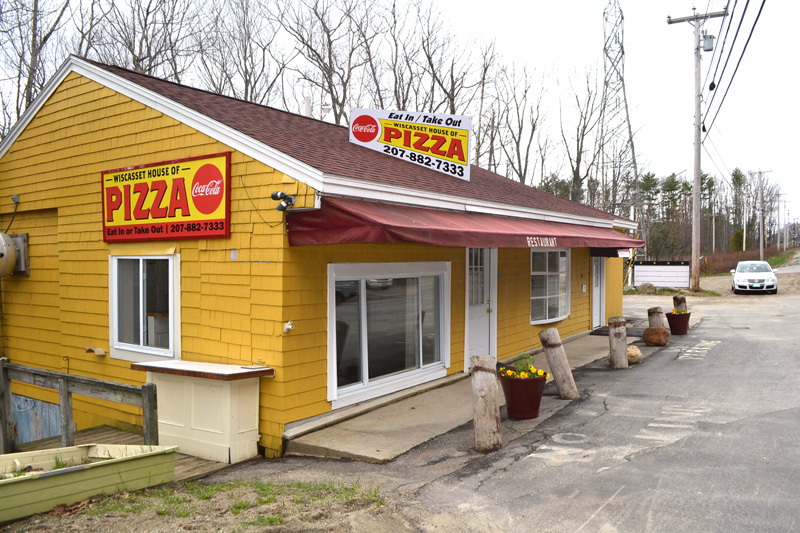 The Wiscasset House of Pizza, at 74 Flood Ave., will soon open under the management of Jeff and Maria Soldatos. (Charlotte Boynton photo)

The Wiscasset House of Pizza will soon open at 74 Flood Ave., on Route 1.

“Uncle Jeff” and Maria Soldatos plan to open the pizzeria within the next week, after several weeks of work to prepare the space.

The husband and wife bring 45 years of experience to their new venture.

They operated the Waldoboro House of Pizza for six years before selling it and opening the Camden House of Pizza, which they operated for 18 years and sold two years ago. Before coming to Maine, they lived in New York.

Uncle Jeff, as he has been known throughout the years, said, “You have to be prepared to be surprised when you open a business.” The couple wants to prepare for the opening as much as possible, and hopes for an opening free of surprises.

Jeff Soldatos said he had been looking for something more to do, so he and Maria decided to open the pizza house in Wiscasset. 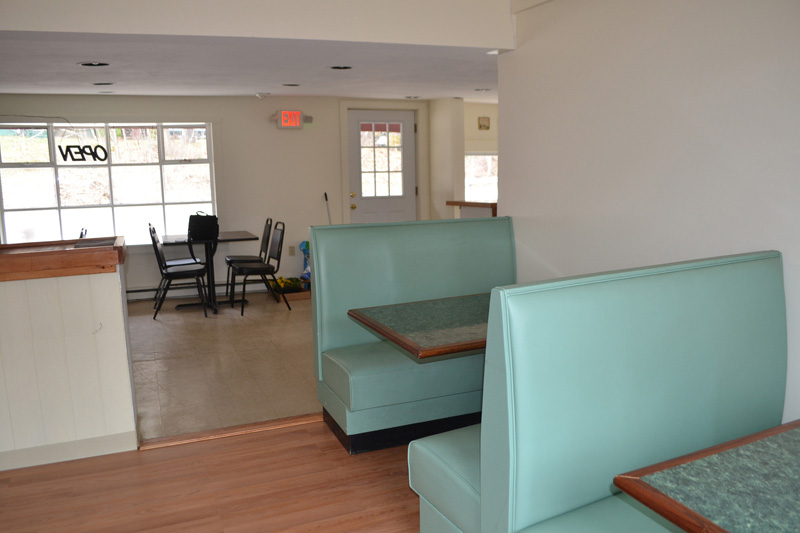 The Wiscasset House of Pizza dining room is ready for customers. The former fish market at 74 Flood Ave. has been remodeled into an attractive dining area by Jeff and Maria Soldatos. (Charlotte Boynton photo)

“I like to keep busy. I never want to stop,” Jeff said.

The Soldatoses are leasing the building. They would like to make changes to the layout of the building and enlarge the kitchen area.

“But we will see how it goes,” Jeff said. “We will wait to see how we can best serve our customers, and go from there.”

The Wiscasset House of Pizza will be open in the spring, summer, and fall, but not during the winter. The location would make it difficult to stay open all winter due to the build-up of snow in front of the building from the plow trucks on Route 1, according to Jeff.

This will be the first pizzeria in the location. The building has served as a restaurant several times, a consignment shop, a wine outlet, and, most recently, a fish market.

When the “open” sign is out, that will mean Jeff is there to cook pizza and Maria to serve it. They invite customers to stop in and meet them.

Hours will be announced when the business opens.