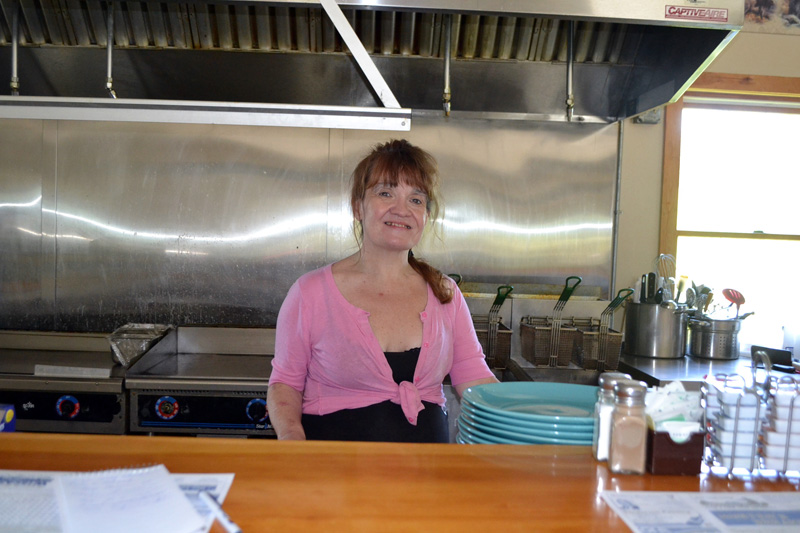 Since word spread that Hunters Breakfast, on Gardiner Road in Wiscasset, would close Friday, July 7, the restaurant has been very busy. It was so busy the morning of Monday, July 3, owner Laurie Ezzell and cook Cindy Allen had to close at 10 a.m. because they couldn’t keep up with the number of people coming in.

“We were not staffed for the amount of people that were coming in,” Ezzell said. “Every table was filled. We were running out of dishes because we had no one to do dishes.” After they posted a note on the door saying “Closed 10 a.m.,” several vehicles entered the driveway before reading the sign and driving away.

The restaurant was closed Tuesday, July 4 and reopened at 6 a.m., Wednesday, July 5. It will remain open Thursday and Friday until 2 p.m. with adequate staffing, according to Ezzell.

Shawn and Lanee Barnes opened Hunters Breakfast in June 2007, and it soon became a popular stop for locals. After running the business for five years, and after the passing of his wife and his son Gauge, Shawn Barnes decided he no longer wanted to run the restaurant.

Ezzell had worked for the Barneses at the restaurant since it had opened. Before offering the business for sale, Shawn Barnes offered the ownership of the business to Ezzell and his cousin, Debbie Churchill, free, and allowed them to lease the building.

Hunters Breakfast has always been a family business, with family members sharing the duties of running a restaurant. When the Barnes family ran the business, at times Shawn Barnes’ father, Bill, could be seen washing the dishes. 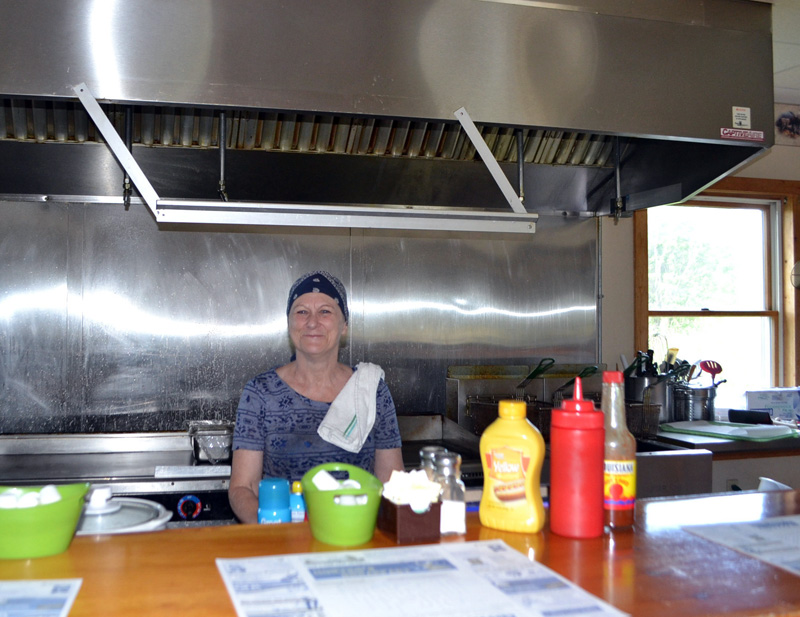 Hunters Breakfast cook Cindy Allen will man the grill for the last time Saturday, July 7, when the restaurant will close its doors after more than 10 years. (Charlotte Boynton photo)

When Ezzell took over the business, her mother, Evelyn Thomas, worked as a waitress; her daughter, Gabby, also waitressed; and her husband, Dan Ezzell, did maintenance and repair, as well as other duties to help keep the business going.

Allen, the cook, was trained by Shawn Barnes and stayed on to cook for Ezzell the past five years, bringing along her granddaughter, Mackenzie, to wash dishes from time to time.

“Not only are the employees family working together, our customers are our family as well,” Ezzell said. “They have given us overwhelming support over the years.”

“We don’t officially open until 6 a.m., but Laurie and I get here about 5:15 a.m.,” Allen said. “We have some regulars come in and have their coffee while the grill is heating up.”

“I am so grateful to our customers, and especially to Shawn Barnes for giving me this opportunity. He is like a brother to me,” Ezzell said during an interview Monday.

“I never could have come this far without the help of my husband,” Ezzell said. “He has been here with me every minute.”

“I am simply burnt out,” she said of her decision to close. “I lost my mother May 13 and that has drained me. I no longer feel I can give 100 percent to this business, and if I can’t give it my all, I don’t want to do it at all.”

Ezzell said that after she takes some time off to work around her home, she wants to find a job she can work at for a certain amount of hours a day, then go home.

Although she has come to the end of one career tired and ready to relax for a while, she said, “I am very blessed to have my husband, my family, my friends, and my many customers that have shared this journey with me.”

Allen said almost the same thing: after the restaurant closes, she also wants to relax for a while. She plans to take the summer off to spend time with her grandchildren, clean her attic and garage, and have a yard sale or two.

Ezzell said that for the next few days she is going to focus on the business, and will keep her husband on call until she closes.

“With her retiring from the business, she has so many plans for me, I won’t have any time off the rest of this summer,” Dan Ezzell said with a smile.

Shawn Barnes still owns the building. According to Ezzell, he is considering renting the building for events, such as birthday parties, anniversary parties, wedding anniversaries, and wedding receptions. When catering for an event is needed, she said he can call on her.