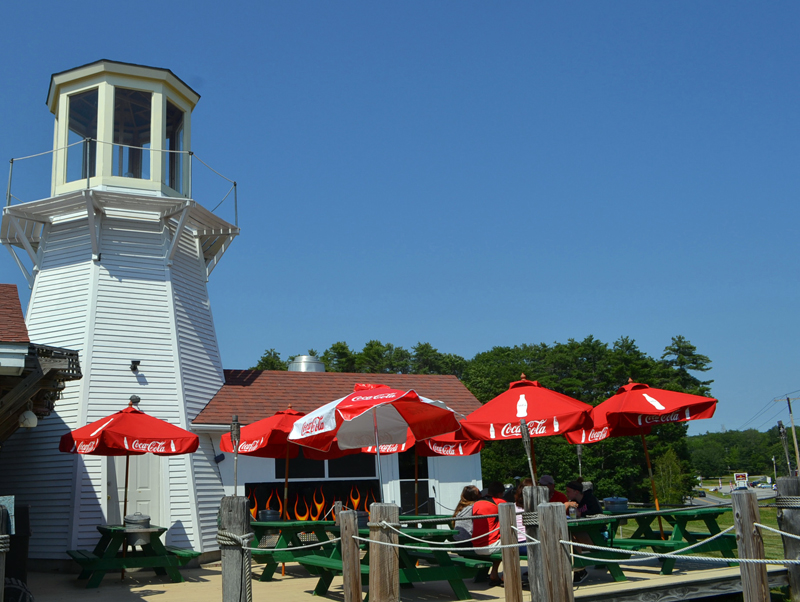 The Lighthouse Restaurant in Wiscasset is open under new management. (Charlotte Boynton photo)

A Round Pond lobsterman is the new owner of the Lighthouse Restaurant in Wiscasset, and catches all the lobster for the restaurant himself. The restaurant at the corner of Route 1 and Old Bath Road also serves barbecue, seafood, and many other items.

The restaurant opened Memorial Day under the management of Shawn Elliott, and will remain open until at least Thanksgiving. Elliott said he is dedicated to being a step above the rest to keep customers coming back.

The lobster business is not new to Elliott. He has been a lobsterman since childhood, like his father and grandfather. He fishes about 800 traps.

Elliott owned and operated restaurants in Rockland, Round Pond, and Las Vegas before taking on the Lighthouse Restaurant. At a young age, he started his career in the restaurant industry at Muncongus Bay Lobster Co. in Round Pond.

Even his Las Vegas restaurant featured Maine lobster on the menu. He had the lobsters brought from Round Pond to Boston, then flown to Las Vegas, where he would pick them up. 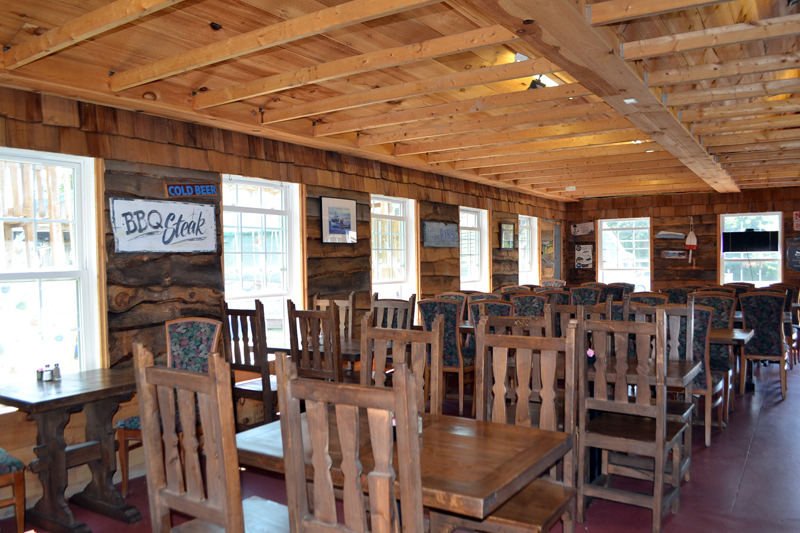 The dining room at the Lighthouse Restaurant in Wiscasset. (Charlotte Boynton photo)

The menu allows customers to add a 1-pound lobster to the lunch or dinner buffet for an additional $7. The barbecue is cooked daily on the restaurant’s own wood-burning smoker, Texas-style, with either apple or mesquite wood.

Elliott said he is making an effort to keep a balance between accommodating locals and tourists. “I am a Maine native. I want to please Maine people, as well as people that come to Maine,” he said.

The restaurant offers takeout and is available to host special events, such as birthday parties, rehearsal dinners, anniversary parties, and reunions.

Elliott said business has been good since he opened, and is already planning to open the restaurant again next year.

“I knew there would be hurdles to get over,” he said. “One of the biggest hurdles is the availability of help. I am not alone. All restaurants are having the same problem.”

Customers at Lighthouse Restaurant have a choice between an indoor dining room or an outdoor deck.

The Lighthouse Restaurant is open from 11 a.m. to 8 p.m. seven days a week on the grounds of Maine Heritage Village. To make a reservation, place an order for takeout, or schedule a special event, call 882-1240.