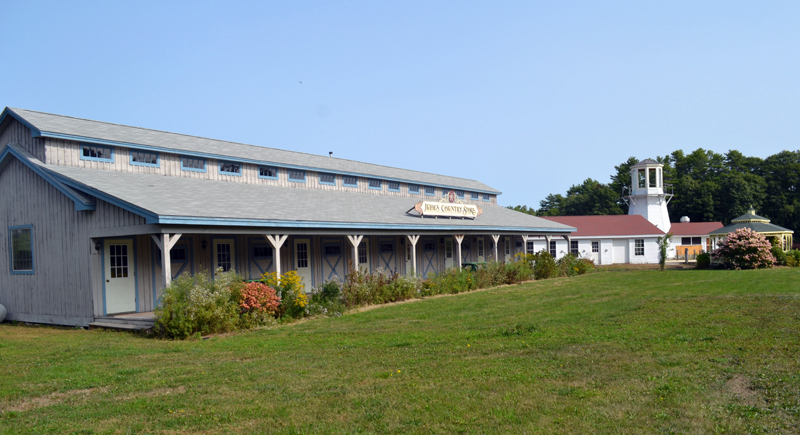 A Westport Island man wants to convert the Maine Heritage Village property, on Route 1 in Wiscasset, into the Maine Tasting Center — an educational campus focused on Maine food and drink, complete with a museum in the Judi’s Country Store building and a tasting room in the Lighthouse Restaurant.

The Wiscasset Planning Board reviewed a preapplication for the project during a Zoom meeting Monday, Sept. 14. Property owner Andrew Gross, of Westport Island, and Amanda Austin, of Rockport-based 2A Architects LLC, presented the plans.

Gross plans to remove three buildings on the property and renovate others. Other plans include handicapped-accessible pathways between buildings.

In addition to the museum and tasting room, there would be a learning center in the building behind Judi’s Country Store. Gross wants to open in May 2021.

The business would be open from May through October, with three full-time employees and four to five part-time employees. Gross would also hire presenters for classes.

There would be no admission fee. Visitors would pay for their food and drinks.

Changes to the property could include the addition of a second curb cut into the property from Old Bath Road, as Gross is considering having a separate entrance and exit.

Planning board member Jason Putnam asked if the project would be a nonprofit endeavor. Gross said it will be an S corporation.

Gross said he is working with the Maine Department of Economic and Community Development and the Maine Office of Tourism.

Putnam asked if Gross had been involved in a business like this before. “I do not have anything like this on my resume,” he said with a chuckle.

Planning board members said the proposal would be good for the community.

In other business, the planning board accepted as complete a site plan review application for a 4.95-megawatt community solar farm at 29 Jones Road. The board scheduled a public hearing for later this month.

The project would cover about 20 acres of land with 16,000 panels, according to Atkinson. The site would be hidden from view and surrounded by a 7-foot chain-link fence.

Atkinson told the planning board that Syncarpha would be the long-term owner of the farm.

“We will operate and maintain the project throughout the life of the project,” he said. He said the company has contracted with Central Maine Power Co. to sell the power for 20 years.

Peters said it would take about six months to build the farm. Construction could begin in January 2021 and be completed in summer 2021.

Syncarpha will improve Jones Road, which is a private road, and will maintain and plow it, according to Peters.

Abutter Diane Hammond asked a few questions, then expressed support for the project.

Putnam said the project would provide clean energy. “It is ideal use of the land,” he said.

Three members of the planning board will visit the property for a site walk at 4 p.m., Wednesday, Sept. 23, with a public hearing to follow at the Wiscasset Community Center at 7 p.m., Monday, Sept. 28.

Also Sept. 28, the board will hold a public hearing on changes to two ordinances: the building laws ordinance, to require adherence to the Maine Uniform Building and Energy Code for all construction and require a certificate of occupancy for residential structures; and the ordinance glossary, to amend the definition of “home occupation.”

Copies of the ordinances are available at the town office.