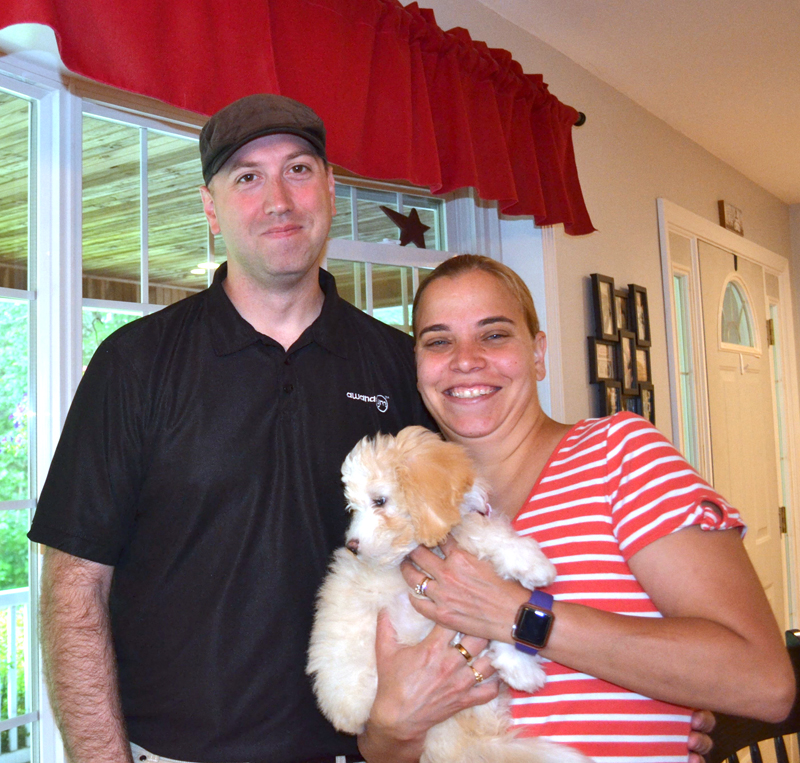 For the Ward family, of Nobleboro, this year’s Fourth of July celebration was one that will never be forgotten. It was the day that, after 13 months of deployment, U.S. Air Force Lt. Col. Greg Ward returned home to his parents, wife, and children.

The emotional homecoming began at the Portland International Jetport, where several family members along with parents Charlene and Ron Ward, wife Kristyna, and children Abigail, Izabell, and Obadiah waited to greet Ward when he arrived.

Ward has been serving as commander of the 387th Expeditionary Support Squadron at the Kuwait International Airport since June 2020, overseeing force protection, emergency services, engineering and logistics for 92 facilities and base assets. He also was in charge of 42 airmen that sustain strategic and theater airlift operations at United States Central Command, one of nine unified commands in the U.S. Department of Defense, with approximately 1,000 soldiers, sailors, airmen, marines and civilian employees.

While in Kuwait, Ward was also a key representative with four Kuwait government agencies as well as the U.S. Embassy.

On July 2, he relinquished his command to another, and headed home to his family. Before heading home, he had made plans to stop in Washington, D.C. and pick up a surprise to take home.

Just before leaving for deployment to Kuwait, the family dog, Sandy, died. Ward and his wife decided to wait on getting another dog, because she and the children were coming to Maine to stay with his parents while he was in Kuwait.

Ward worked with the Crocket Doodle Puppy Adoption Agency in Washington, D.C. who arranged for him to adopt a puppy to bring home to surprise his family. The new family dog’s name is Stella, and has been welcomed into the family with open arms.

Later this month Ward, along with his wife and children, will travel to Washington, D.C. to his new duty station, the Secretary of the Air Force International Affairs Office.

Ward graduated from Medomak Valley High School in Waldoboro in 2002, received a Bachelor of Science degree in electrical engineering for Clarkson University in 2006, and a Master of Science in engineering management from the Air Force Institute of Technology in 2010. He graduated from Squadron Officer School in 2013 with a Master of Operational Arts and Science, and received air command training in 2020.

He was previously deployed twice to Afghanistan, serving with the U.S. Army Corps of Engineers at the Air Force Installation and Mission Support Center and at the Supreme Headquarters Allied Powers Europe.

Ward comes from a long line of family members serving in the military. His grandfather, Alvah Moody, the son of Moody’s Diner founders Percy and Bertha Moody, served in the U.S. Navy during World War II. His father served in the Marines, and his brother Michael was a U.S. Army Combat Medic, serving in Iraq from 2004-2005.

Ward entered the Air Force in 2006 after graduating from Clarkson University and commissioned though the Reserve Officer Training Corps as a second lieutenant the same year. In addition, he decided he would marry a girl he had only known for a few months. 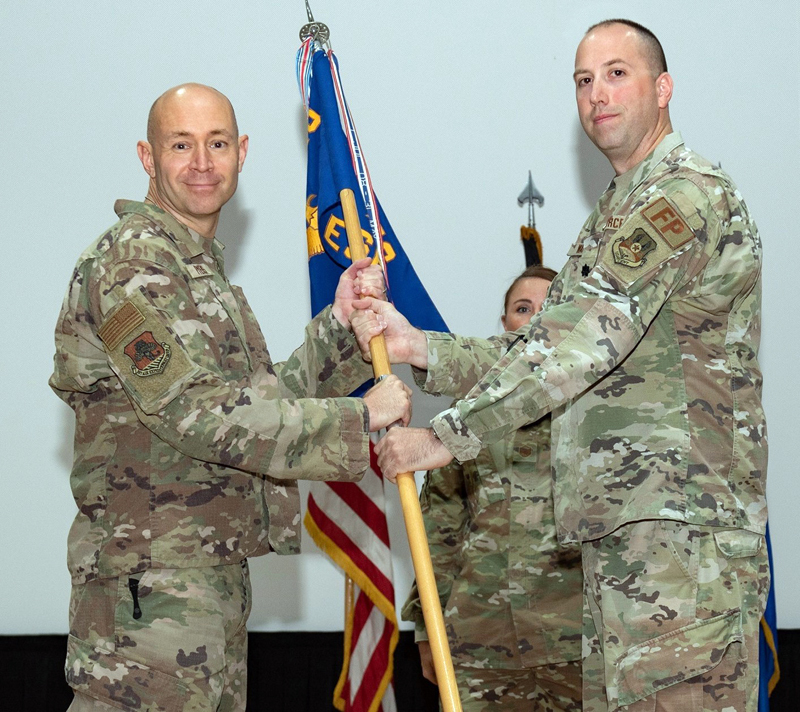 During summer school vacations 2000 and 2001, while in high school, he and his two sisters attended a missionary camp in the Republic of Czech sponsored by the First Baptist Church of Waldoboro. The summer of 2005, the year before he would graduate from college, his sisters encouraged him to attend the summer camp again. While at the camp he received a slight injury that required him to go to first-aid station.

There he met Kristyna Mertova, a young Czech nurse, and she won his heart. He found himself finding reasons to visit the first-aid station just so he could see and communicate with Kristyna. He said it was difficult at first, because she did not speak English and he did not speak Czechoslovakian

When they returned home, Ward’s sisters told their mother he had met a girl at camp, however, Charlene said she was not concerned because she thought he would never see her again.

Apparently the language barrier between the couple was resolved, and they communicated through email while Ward was completing his last year of college.

Charlene pointed out he had known her only for a few months. His mother’s comments did not discourage him. When Ward went to the Czech Republic to ask Kristyna’s father for permission to marry her, he said, “She will follow you anywhere.”

Before the wedding, Kristyna came to the United States to meet the Ward family. “We fell in love with her immediately,” Charlene said.

The couple was married just nine months after meeting in May 2006.

Ward’s wife and children came to stay with his parents in Nobleboro while he was deployed. According to Charlene, although the past year was difficult in dealing with her son in Kuwait and the COVID-19 pandemic, it was wonderful having his family with them. It gave them the opportunity of really getting to know each other.

“After having them here for over a year, we will miss them very much,” Charlene said. “It is wonderful to have him home for awhile also.”

Ward plans to continue his service in the military until the time comes for him to retire. “Right now I am looking forward to my next assignment,” he said.