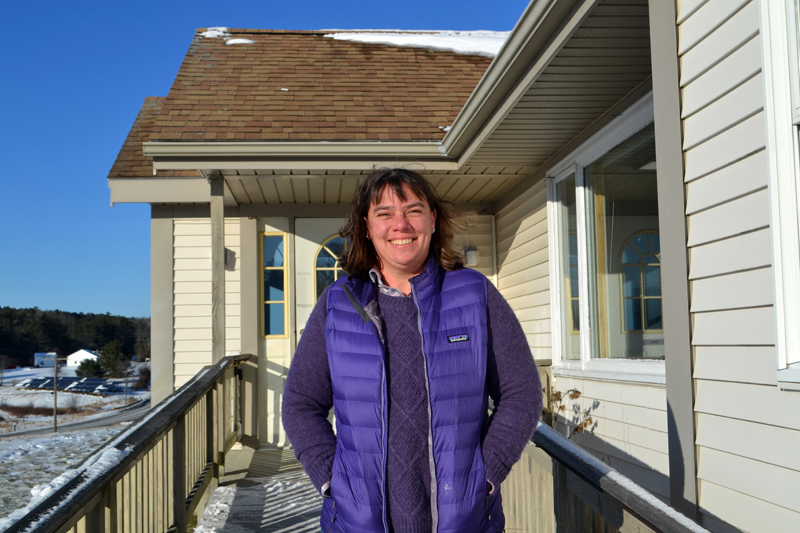 Dr. Holly Noble plans to open the Wiscasset Veterinary Hospital at the site of the former Coastal Veterinary Care on Gardiner Road in March or April. (Charlotte Boynton photo)

The veterinarian who will open the Wiscasset Veterinary Hospital this spring has a diverse background, including three years as the head of an Army veterinary facility.

Dr. Holly Noble recently bought the former Coastal Veterinary Care property at 161 Gardiner Road in Wiscasset. The Wiscasset Planning Board approved her application Nov. 25 and the board of selectmen approved her business license Dec. 17.

A native of Connecticut, she graduated from Bowdoin College in 2001 with a degree in biology. She served with the Maine Marine Patrol for two years, then taught high school biology for almost 10 years.

Back in Connecticut, she chaired a high school science department in Manchester.

As a teacher, she saw some of her students go on to become veterinarians.

“I was envious of them,” she said. “I had always wanted to become a veterinarian, to care for animals. So I decided to change professions from being a teacher to becoming a veterinarian.” 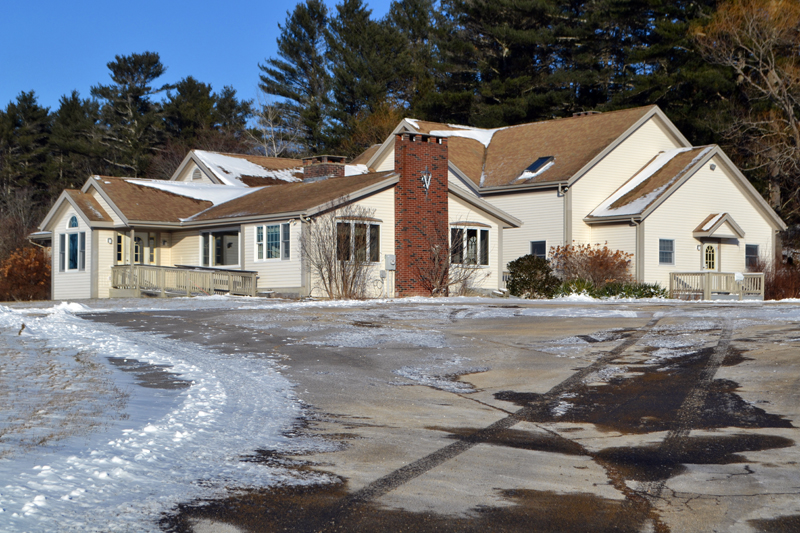 She joined the Army and studied to become a veterinarian through its Health Professions Scholarship Program. The program covers tuition for various medical degrees in exchange for a minimum of three years’ active duty after graduation.

“For me, the program allowed me the chance to serve our country, care for our incredible military working dogs, and minimize the debt of a veterinary degree,” Noble said. She earned her degree at Tufts University. 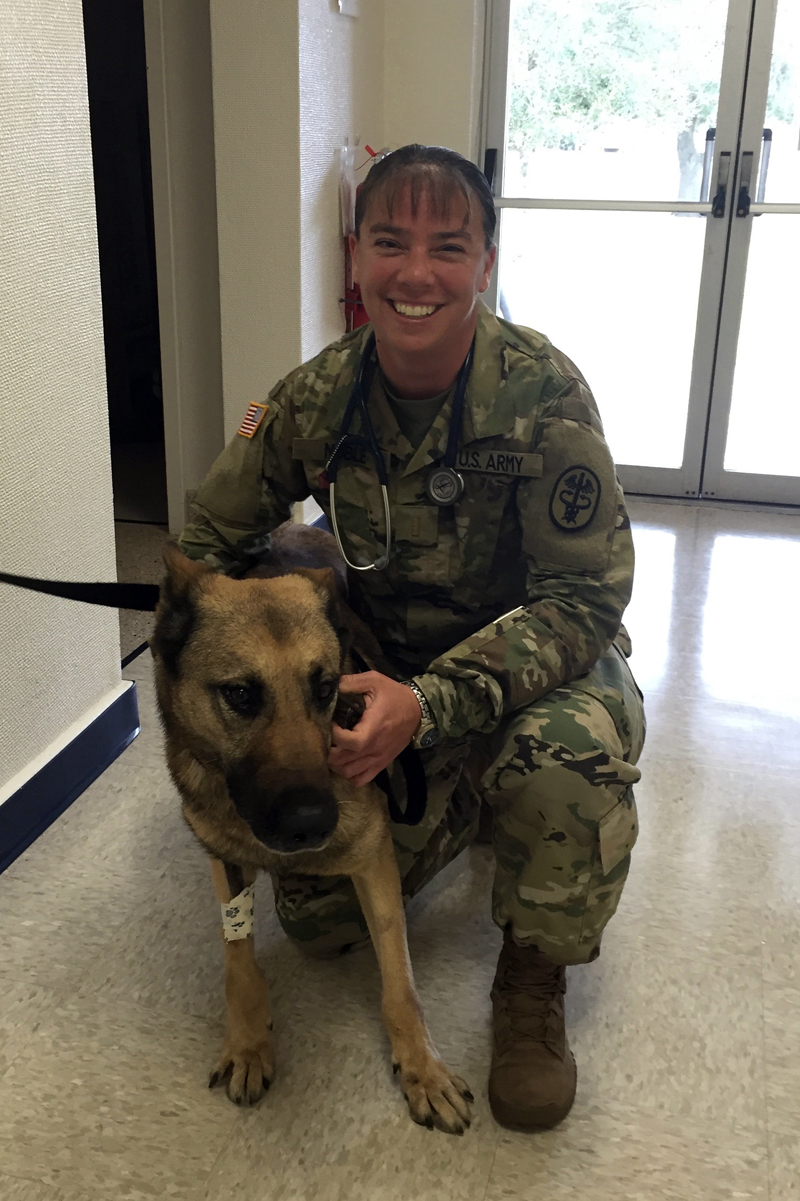 Dr. Holly Noble poses for a photo with a patient at Marine Corps Air Station Cherry Point in North Carolina. Noble, then a captain in the U.S. Army Veterinary Corps, was officer in charge of a veterinary facility on the base for three years. (Photo courtesy Holly Noble)

Noble spoke of the importance of military dogs, who are typically certified in either drug detection, explosives detection, or patrol. Patrol means the dog provides protection and tracking during a security patrol.

Noble was commissioned as a second lieutenant while in veterinary school. Upon graduation from Tufts, she was promoted to captain on the outfield at Fenway Park in Boston.

Noble served in the Army for five years, three as officer in charge of the veterinary facility at Marine Corps Air Station Cherry Point in North Carolina.

As officer in charge, she oversaw a 10-person team, including two doctors who cared for the base’s military working dogs.

The U.S. Army Veterinary Corps provides veterinary care on all major military bases. In addition to working animals, the corps cares for the pets of service members and retired service members.

If someone qualifies for Tricare, the health care program for service members, retirees, and their families, their pets qualify to receive veterinary care at an Army clinic.

Noble completed her service this summer, moved to Maine, and started looking for a property where she could open a veterinary clinic.

When she saw the former Coastal Veterinary Care property this summer, she loved the location and the view of The Morris Farm and its animals from the front window.

She hopes to open in March or April. She will start small, with one veterinarian (herself) and a few employees: an assistant, a technician, and a receptionist.

“I have plenty of room to grow if there is a need for it,” she said. “I look forward to meeting the pet lovers in the area, along with their pets.”