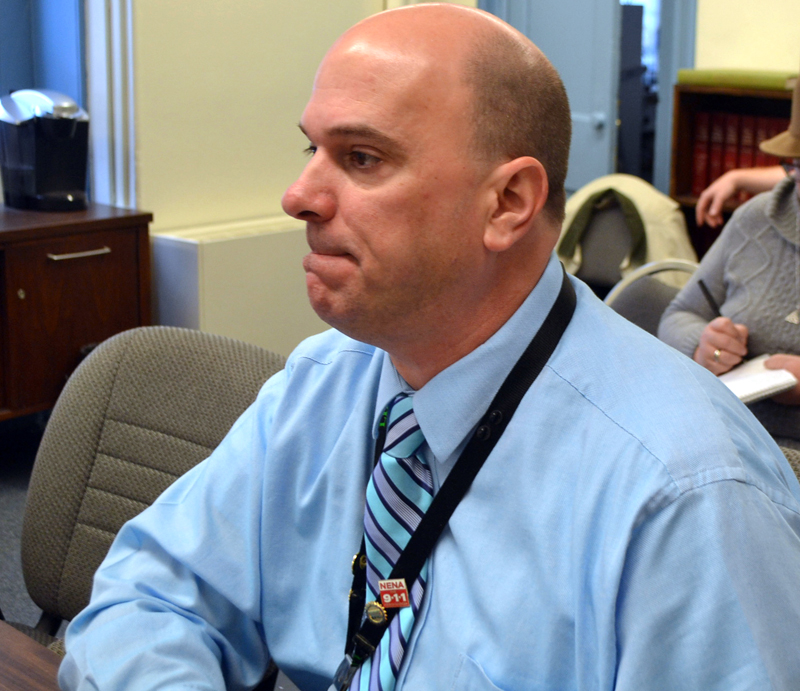 Joe Westrich attends a meeting of the Lincoln County Board of Commissioners on March 21, 2017. (Charlotte Boynton photo, LCN file)

Lincoln County Communications Center Director Joseph M. “Joe” Westrich is no longer on the job, but the veteran dispatcher is appealing the county’s action in regard to his employment.

County Administrator Carrie Kipfer said Westrich was out as director in a Thursday, July 19 email to the county’s fire chiefs. She provided the email to The Lincoln County News later the same day.

“I am writing to notify you that Joseph Westrich is no longer the Lincoln County Director of Communications,” Kipfer said in the email. “Joe has been a valuable member of our dispatch team and we wish him the best of luck in his future endeavors.”

“Over the next few days, Lincoln County will begin the process of appointing an interim director and the hiring process for a permanent replacement,” Kipfer said in the email.

Kipfer did not specify the county’s action in regard to Westrich or say who took the action or why, either in the email or in response to inquiries from The Lincoln County News.

The Lincoln County Board of Commissioners heard an appeal from Westrich during a three-hour executive session Tuesday, July 24. The commissioners did not make a decision.

The next commissioners’ meeting is Tuesday, Aug. 7.

The center receives 911 calls and provides emergency and non-emergency dispatch services for the county’s public safety agencies, as well as some agencies outside the county.