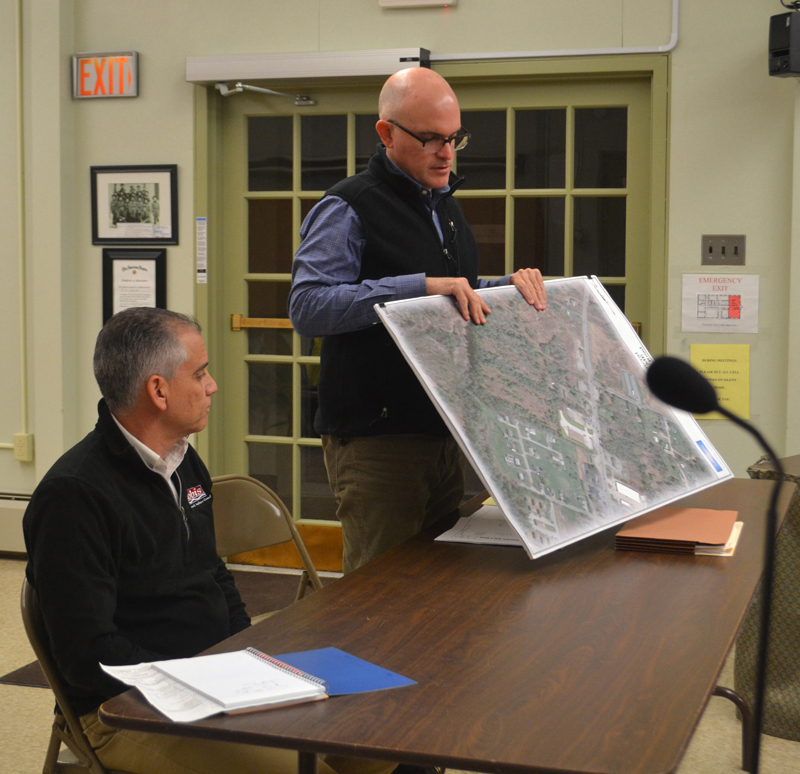 Chris Nadeau (left) and Matt Casey present plans to build a Dollar General store on Route 1 in Wiscasset to the Wiscasset Planning Board on Monday, Jan. 28. (Charlotte Boynton photo)

A developer plans to demolish the former Huber’s Market, on Route 1 in Wiscasset, and build a new store in its place.

The Wiscasset Planning Board reviewed plans for the store Monday, Jan. 28. The board will conduct a site visit Thursday, Feb. 7 and will hold a public hearing on the project Monday, Feb. 25.

Matt Casey, vice president of development for the Zaremba Group, and Chris Nadeau, of Nobis Engineering, presented the site plan to the board.

Zaremba Group, of Cleveland, Ohio, partners with national retailers “to generate high-quality store locations at attractive occupancy costs,” according to its website. 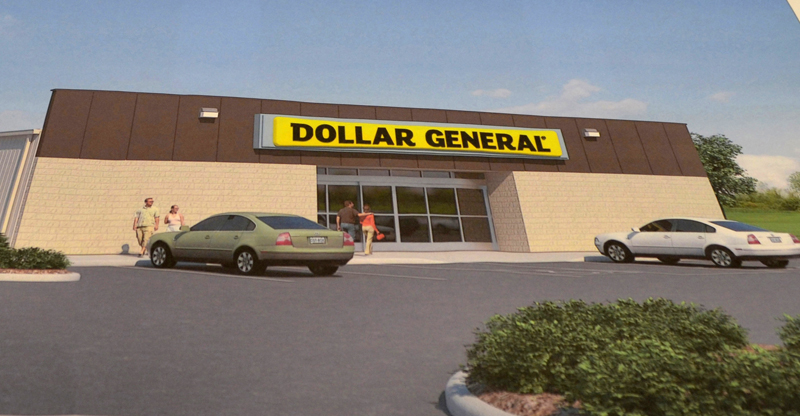 A rendering of a Dollar General store proposed for Route 1 in Wiscasset.

The developer’s plan includes the demolition of the former Huber’s Market building and a shed and the construction of a 9,100-square-foot Dollar General retail store on the 1.09-acre lot at 279 Bath Road.

According to the plan, the store will share 34 parking spaces with the adjacent Ship’s Chow Hall restaurant.

As part of the project, the developer will create a clear entrance and exit for both the store and the restaurant in order to improve safety.

Right now, the majority of the Route 1 frontage at both sites is paved with no designated driveway. The project will include construction of a landscaped buffer along the road.

The plan will improve groundwater protection, according to Nadeau, with significant upgrades to stormwater management, including a new pond to provide retention and water quality treatment. The site currently has no stormwater features. 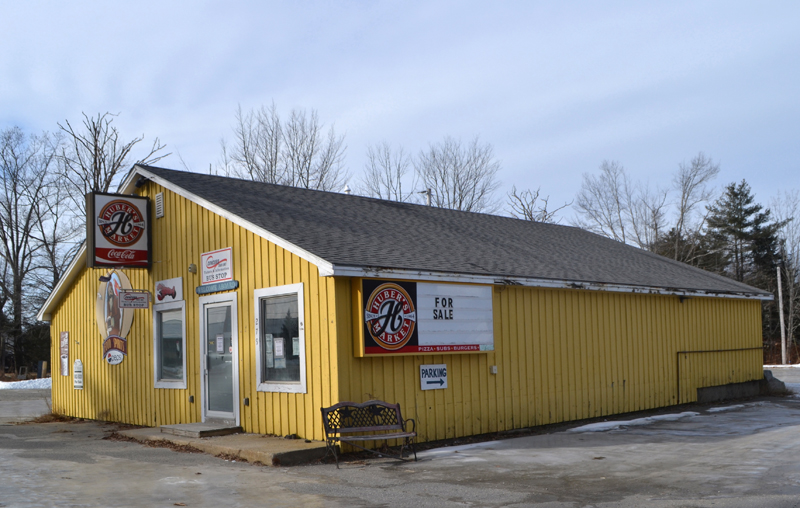 A developer plans to demolish the former Huber’s Market and build a Dollar General store in its place. (Charlotte Boynton photo)

Nadeau is requesting a waiver of a requirement for driveways to have a grade of no more than 3 percent. The driveway in the plan has a 5 percent grade, which matches the existing grades at the site. 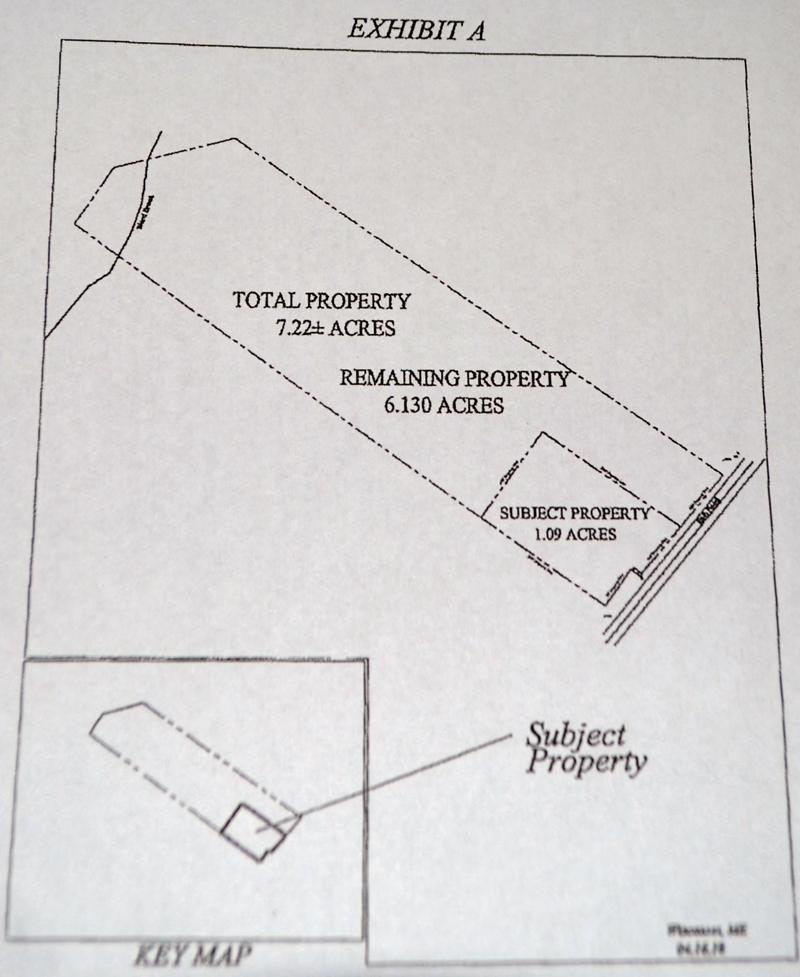 A diagram shows the 1.09-acre parcel where a developer plans to build a Dollar General Store in relation to a 6.13-acre parcel that belongs to Ship’s Chow Hall.

The planning board told Casey and Nadeau they need to notify all property owners within 250 feet and acquire letters from the fire, police, sewer, and water departments. They also need to give the town information on all other permit applications that have been submitted for the project.

According to Casey, if the permitting process goes as planned, the developer plans to break ground in May.

Dollar General had initially proposed a store further south on Route 1, at 320 Bath Road, in December 2017. Huber’s Market was still open at the time, but closed in April 2018 and was listed for sale.

The Dollar General store will be open seven days a week from 8 a.m. to 10 p.m. at the beginning, according to Casey. After about six months, the store will determine the best hours to be open.

Dollar General Corp. has about 20 stores in Maine and, according to its website, more than 15,000 in the U.S.

Casey told the planning board that the stores have many items that cost more than a dollar. Their merchandise includes over-the-counter medications, snacks, beverages, household items, paper products, and health and beauty products.

The planning board meets the second and fourth Monday of the month at 7 p.m. in the meeting room at the town office, as long as there is board business.