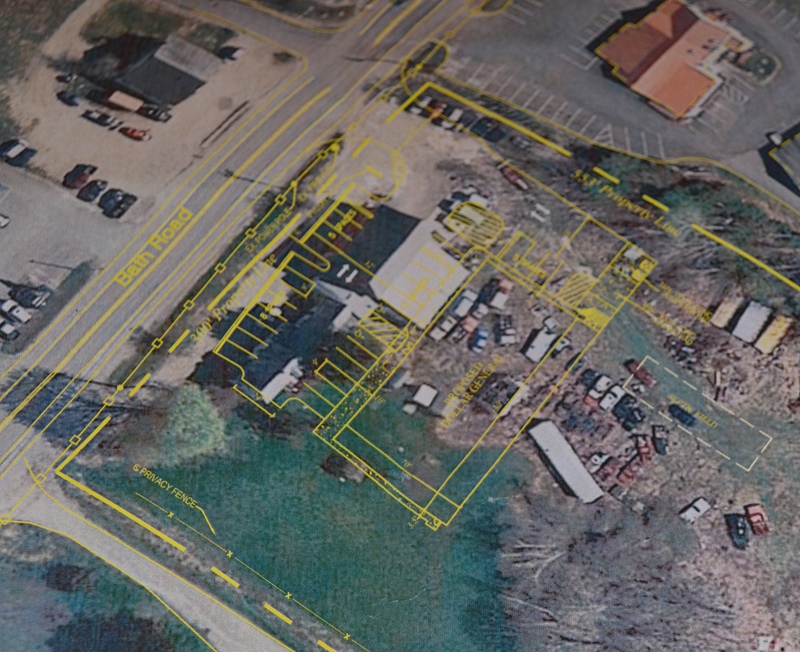 Dollar General hopes to begin construction of a new store at 320 Bath Road in Wiscasset in the spring of 2018 with a goal to open in late fall.

The property was formerly home to Jim’s Auto Trim.

The Wiscasset Planning Board heard the proposal during its meeting Monday, Dec. 11. Chris Nadeau, of Concord, N.H.-based Nobis Engineering, presented the plan on behalf of the Zaremba Group, of Cleveland.

The plan calls for the demolition of the existing building on the 4-acre site and the construction of a 7,225-square-foot retail building with 31 parking spaces.

Dollar General is a general retail store like Wal-Mart, with much less floor space, according to Nadeau.

“The Dollar General stores are in more rural areas than Wal-Mart,” he said. “They are not a dollar store. That just happens to be their name.”

According to the Dollar General website, the stores were dollar stores at the time of their founding in 1955.

Nadeau told the planning board he has worked with the Zaremba Group to build several stores in Maine and New Hampshire over the past few years and the business seeks to do things the right way. 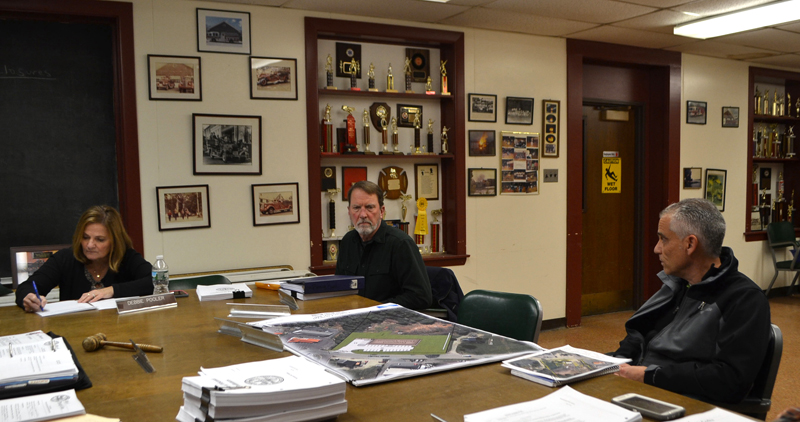 Chris Nadeau (right) presents his client’s plan to build a Dollar General Store at 320 Bath Road to the Wiscasset Planning Board on Monday, Dec. 11 as board members Deb Pooler and Peter McRae look on. (Charlotte Boynton photo)

He said he is working with the Maine Department of Environmental Protection on a plan to clean up the site, which had been an auto repair and body shop since 1974. The site will need remediation due to the former business’s use of petroleum products.

Nadeau said he is also working with the Maine Department of Transportation for approval of a driveway into the store.

Board Chair Ray Soule said that when the board deems the application complete, it will schedule a site walk and a public hearing before it votes on the application.

Nadeau said he hopes to return to the board in January to continue the process.

Board members were receptive to the proposal. Board member Tony Gatti said he looks forward to having a Dollar General in Wiscasset, having visited several in Florida.

Board member Deb Pooler also commented on the convenience the store would bring. “I think this is what we need,” she said.

Scott Garman, of 227 Indian Road, plans to purchase 2,258 square feet of property from an abutter to bring a garage he built into compliance with setback requirements. The garage is currently located partially on the abutter’s property.

According to the planning board, Garman is changing the boundaries to his property and the plan he presented at the meeting did not show the pins marking the boundary lines.

The planning board voted to approve the site plan when the boundary pins have been added to the plan.

The planning board meets the second and fourth Monday of each month. Its next meeting will take place Jan. 8.