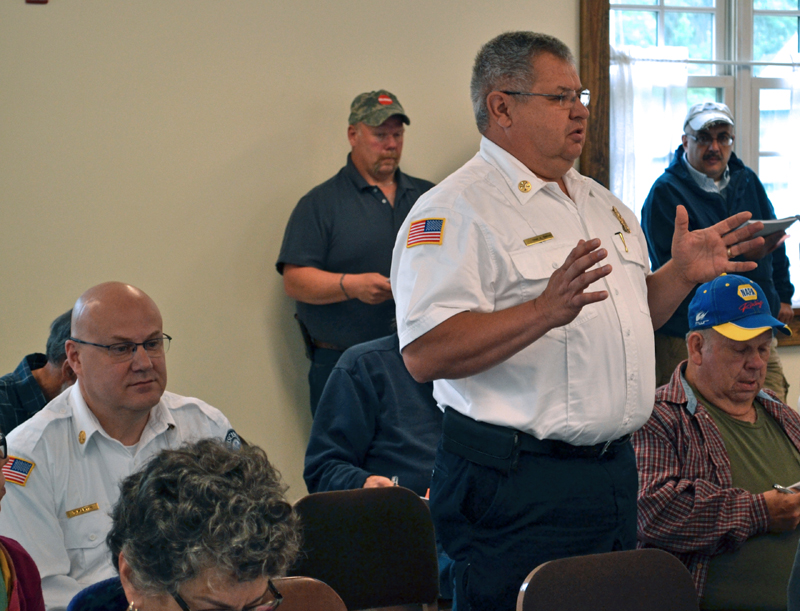 After extensive discussion and back-and-forth presentations from the heads of Gardiner Fire and Rescue and the Wiscasset Ambulance Service, Dresden voters approved a new contract with Wiscasset at their annual town meeting Saturday, June 17.

The Wiscasset Board of Selectmen must still approve the ambulance service contract – a final hurdle in securing the new relationship of the two municipalities.

For the past three years, Dresden has not paid a base fee, but has been required to cover residents’ bad debt, which is about $9,451 for the first two years of service. In ending its relationship with Gardiner, Dresden must now cover all residents’ bills through June 30, which total about $43,000, Nelson said.

The $43,000 balance includes charges to residents that might still be paid, Nelson said. Gardiner attempts to collect balances for two years before they are considered uncollectible and transferred to municipalities.

If the balances included in the $43,000 are collected, Dresden will be reimbursed, Nelson said. The town is being asked to cover the full amount of services so Gardiner can cleanly close its account with Dresden, Nelson said.

If the balances included in the $43,000 are collected, Dresden will be reimbursed, Nelson said. The town is being asked to cover the full amount of services so Gardiner can cleanly close its account with Dresden, Nelson said. 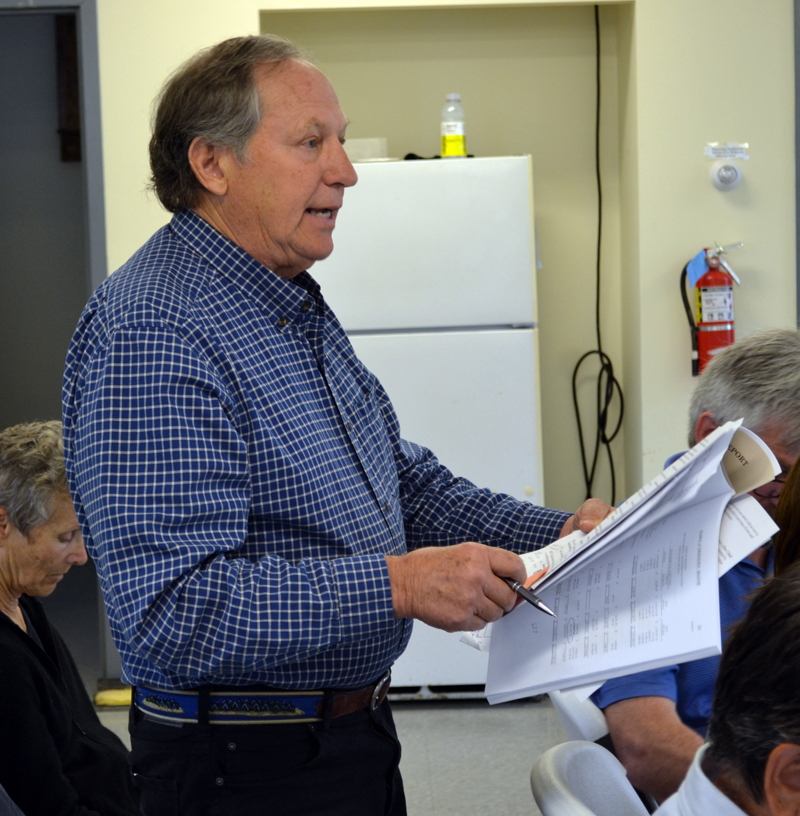 The Wiscasset Ambulance Service was the only ambulance service contract presented on the town meeting warrant, which took Gardiner Fire and Rescue by surprise.

Gardiner Fire and Rescue representatives circulated a letter on social media and in The Lincoln County News urging Dresden voters to reconsider cancelling services from Gardiner.

Wiscasset is licensed to the EMT level and permitted to the paramedic level, which means there may not be a paramedic on the ambulance that responds to Dresden, Nelson said. Each Gardiner Fire and Rescue ambulance is staffed with two paramedics, he said.

Dresden Fire Department member Brendan Parker has responded to emergency scenes with both ambulance services and spoke in favor of maintaining the contract with Gardiner. At scenes where extrication is required, Gardiner Fire and Rescue has been able to treat people trapped in vehicles, while Wiscasset has not, he said.

“Gardiner has always shown up and worked with us side by side,” Parker said. “We really do rely on the paramedics.”

The Wiscasset Ambulance Service has not “been in the hot zone” with firefighters when extrication is required, due to the lack of personal protective equipment for staff, Martin said. However, Wiscasset recently approved the purchase of the equipment and it has already been ordered.

Wiscasset also has a quicker response time to calls in Dresden, according to an informational note on the warrant article about the Wiscasset Ambulance Service.

Dresden voters ultimately approved a new three-year contract with the Wiscasset Ambulance Service, although several members of the Dresden Fire Department voted against it. The subscription plan and the approach to residents’ debts were largely responsible for Dresden selectmen and voters choosing Wiscasset.

“We wouldn’t have proposed (the contract) if we didn’t think we’d get good service,” Third Selectman Allan Moeller said.

Voters approved all other warrant articles with limited debate, including a roads budget of $418,763, an increase of $105,789 or 33.8 percent from the previous year. 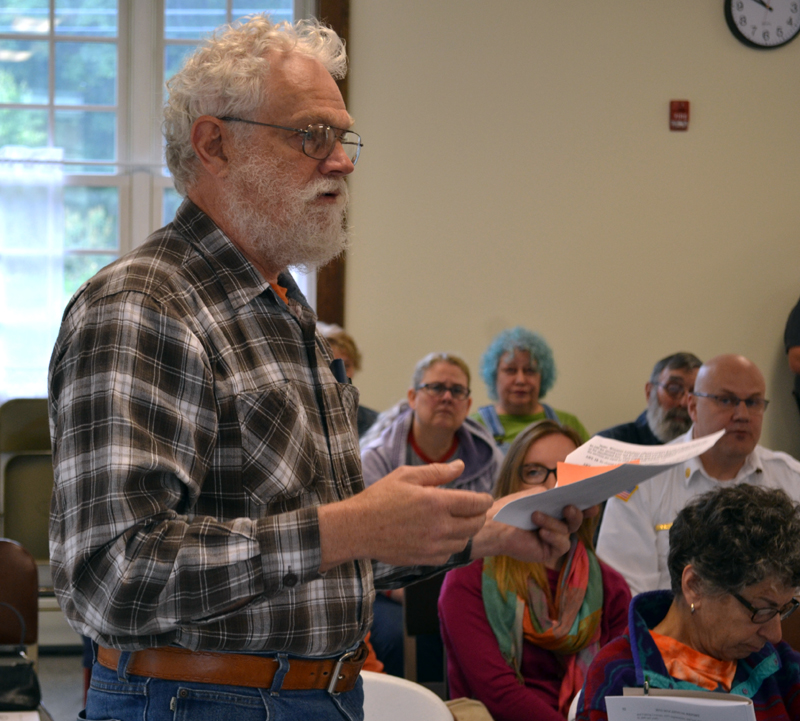 The roads budget previously relied on carry-forwards, or rolling unspent balances into the next year’s budget, Moeller said. That practice has ceased, with unspent balances now going into the town’s surplus account.

“This is now the true cost” of the roads budget, Moeller said. The budget also includes $35,000 to allow the town to move forward with the replacement of five culverts on Bog Road with a single open-bottom culvert.

The Maine Department of Environmental Protection awarded Dresden an $83,000 grant for the project last year, but the town did not have the funds necessary to complete it at the time, Moeller said. The total cost of the project is estimated to be about $120,000.

Voters also approved a new expenditure of $3,920 for printing and mailing costs for the Dresden Communicator, a town newsletter. The newsletter was previously only available online but is now mailed to all residences. Voters praised the decision to return the Communicator to print and overwhelmingly approved the new expenditure.

The increase in the roads budget and in training and insurance costs related to the anticipated replacement of retiring Administrative Assistant Trudy Foss made up the bulk of the increase in Dresden’s 2017-2018 budget. The $140,787 increase in the municipal budget will be offset by the use of $80,000 in surplus, which voters also approved at the annual town meeting.