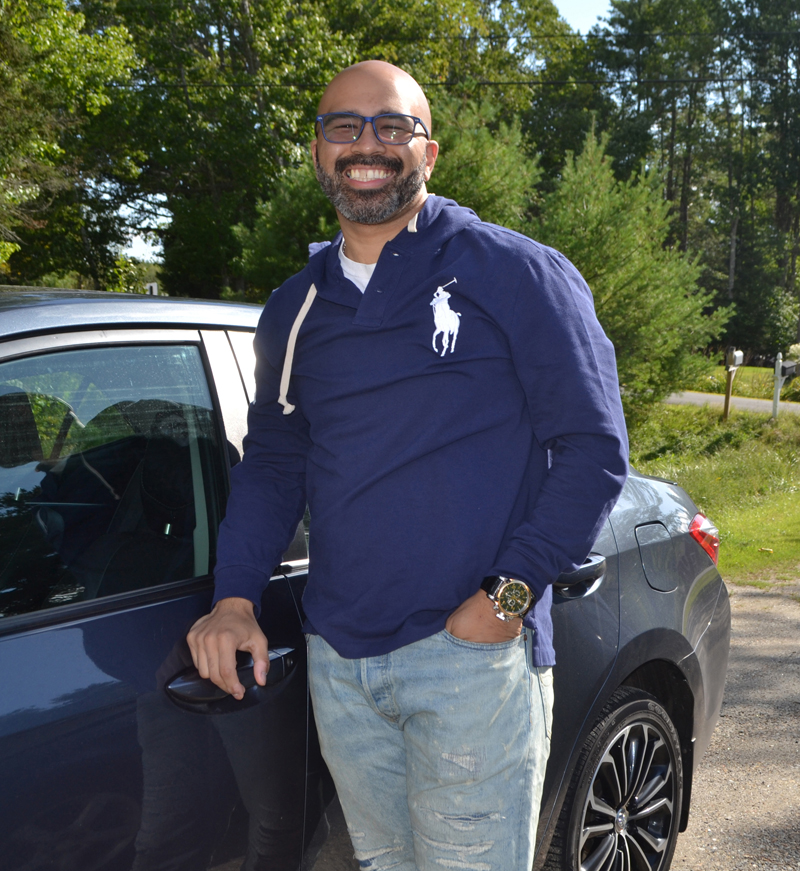 Mike Connors, formerly of Wiscasset, was in and out of juvenile centers and jails for 21 years. Now an alcohol and drug counselor, he works to help others recover from addiction. (Charlotte Boynton photo)

Beginning at the age of 12, Michael Connors struggled with alcoholism and addiction for more than 20 years. He overdosed on drugs six times and was saved six times. He was often in jail. But today, more than five years after his last day in custody, the former Wiscasset resident is an alcohol and drug counselor who uses his story to bring hope and encouragement to others as they confront the same issues.

Connors was raised in Wiscasset, mostly by his great-grandparents, the late Florence and John Connors.

“I was very young when Mike was born,” his mother, Anne Wright, said. “I loved him very much, but I was not ready to be a mother, so I allowed my grandparents to raise him. They had raised me after both my parents died. I knew they would give him the love they had given me, and they did.”

Mike went to Wiscasset schools.  He was happy with his great-grandparents, although his great-grandfather was sick and could not leave the hospital bed in their home. Life was good until he was 10 years old.

“I was devastated,” Connors said. “He was the only father figure in my life and now he was gone.”

He remained with his great-grandmother. A great-uncle, Edward Connors, became his role model and father figure.

At the age of 12, it was decided he would go live with his mother in Brunswick. Edward loaded Mike’s belongings onto a trailer, including his bed, mattress, and other furniture, for the move.

On the way to Brunswick, on Route 1 in Woolwich just across from the road to the fire station, his uncle noticed the mattress on the trailer was not secure, so he got out of the car and walked to the rear of the trailer.

When he did not come back to the car right away, Mike got out of the car to see what was keeping his uncle. He saw his great-uncle lying on the ground, unresponsive. Mike ran across Route 1 to the fire station for help, but Edward had suffered a medical event and died.

From that day on, Mike’s life and attitude toward life changed. He believes his addiction started with his trauma from early childhood, the sudden loss of his great-grandfather and great-uncle.

“I believe most folks with substance use disorders come from trauma as well,” he said. “I really wasn’t using to get high; I was using to get relief.”

Moving to Brunswick was not a good thing for Mike or his mother, a single parent with two other children and two jobs to support them. He didn’t listen to her, and while she was working, he hung around with older children. He wanted to be cool and fit in, and he liked the way the older children treated him.

He began drinking alcohol at the age of 12, took his mother’s car without permission, took a baseball bat to a neighbor, and landed in the Maine Youth Center at the age of 12.

Because of his conduct, his mother was evicted from her apartment with her two other children and moved back to Wiscasset with her grandmother, Florence.

Every year from the age of 12 until he was 33, Connors was either incarcerated or awaiting trial. He was sent to the Maine Youth Center, now known as the Long Creek Youth Development Center, six times before he was 18. 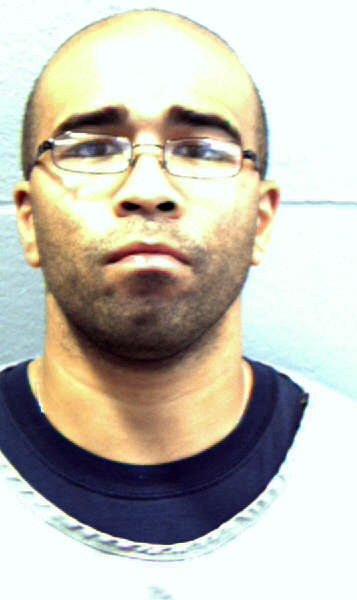 “Being sent there was not helpful to me,” he said. “It was there I got my education into crime.” He remembers spending his 15th birthday at the center.

Connors’ crimes included assault, burglary, four convictions for operating under the influence, and more. There were crimes in Lincoln County as well as Cumberland, Hancock, Kennebec, and Sagadahoc counties.

“The crimes and my behavior were all related to alcohol and drug addiction,” he said. He used heroin, prescription drugs, cocaine, and other substances.

“When you’re in that state of mind, you never can get enough,” he said. “You always want more, and will do anything to get more.”

“I had no respect for authority or myself,” he said. “My addiction had complete control of my life. I overdosed six times and was brought back. I didn’t want to be brought back. I just wanted to go to sleep and never wake up.”

During one stay at Two Bridges Regional Jail in Wiscasset in early 2014, there was an old man in the jail. He had no visitors and no money to buy items from the commissary. Connors saw his potential future in his fellow inmate.

Connors was released from Two Bridges on April 1, 2014 and overdosed for the sixth time April 8. He was revived again and taken back to Two Bridges.

During his years of addiction and crime, Connors became a father of three children, two sons and a daughter. His daughter left him a note saying she would have been very sad if he had died. “Please stop,” she wrote.

“I really wanted to do what she asked,” Connors said. Between his daughter’s note and the old man, he began to think he should do something about his life.

But back at Two Bridges, he landed in maximum security for his behavior. A corrections officer, Sgt. Stephen Schutt, told him to behave so he could join the general population. Connors listened, changed his behavior, and became a trustee in minimum security.

Schutt remembers Connors well from his frequent stays at Two Bridges. “He was always a good kid, with a terrible drug problem,” Schutt said.

Connors “came in half-dead” the last time he was at the jail, Schutt said. “I walked him to medical. He could hardly walk.”

“I told him he was going to die if he did not change his ways,” Schutt said. “I am glad that he listened to me.”

The last time Connors used drugs was May 13, 2014. He was transferred to the Maine Coastal Regional Reentry Center in Belfast on June 3, 2014.

The residential center, in a renovated county jail, is run by the Volunteers of America and the Waldo County Sheriff’s Office. It aims to give incarcerated men the skills to become good citizens and employees.

“The reentry center and the community of Belfast saved my life,” Connors said. “It was there where people believed in me, when I didn’t believe in myself.”

At the reentry center, Connors attended 10-12 meetings a week with the organization WeCARE, or Waldo Encourages Community-Assisted Recovery Efforts, which has a mission to support addiction recovery through education, advocacy, and community action. He also worked at a call center in Searsport.

After his release, he rented a room in Belfast. He was afraid to come back to Wiscasset because of his history there.

He worked two jobs, joined the WeCARE Board of Directors and served as its treasurer, and enrolled in an online program through InterCoast Colleges to become a drug counselor. He graduated with a 4.0 average, his first step toward becoming a state-licensed alcohol and drug counselor.

Because of his criminal background, the Maine Board of Alcohol and Drug Counselors required Connors to produce documentation of every crime he had committed. He provided the documentation and wrote a report on each crime. The board also required recommendations from five professionals in drug counseling.

He moved to Lewiston in 2016 and became a drug counselor with Grace Street Services. He held that position until March of this year, when he joined Recovery Connections of Maine as an intensive outpatient program coordinator. 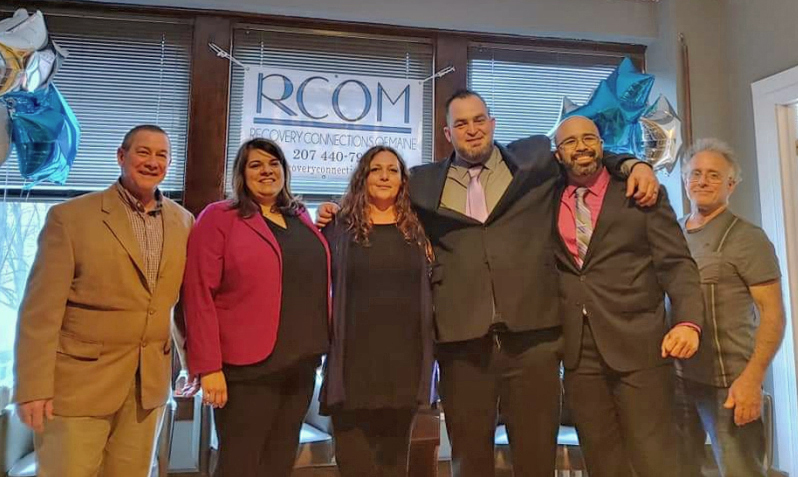 Mike Connors (second from right) poses for a photo with his co-workers at Recovery Connections of Maine in Lewiston, where he is an intensive outpatient program coordinator. From left: Al Carson, Brandy Hiltz, Shelby Briggs, Jeremy Hiltz, Connors, and Dr. Richard Entel. (Photo courtesy Mike Connors)

According to its website, Recovery Connections of Maine seeks to help individuals see themselves as individuals, not for the symptoms of addiction that may have driven their decision-making.

Connors’ supervisor, Recovery Connections of Maine owner Jeremy Hiltz, said the organization is “very lucky to have him on our staff.”

“Mike has the unique ability to connect to people because of his own experiences,” Hiltz said.

Col. James Bailey, administrator of Two Bridges Regional Jail, has known Connors since their school days and remembers him as an inmate.

Connors will soon return to Two Bridges to speak to inmates in the jail’s new medication-assisted treatment program, which seeks to treat inmates for addiction and help them reenter society. “Mike is a real success story,” Bailey said recently.

When Connors returns to the facilities where he was once an inmate, he encourages the inmates, saying that if he can come back from 21 years of alcoholism and addiction, there is hope for them to do the same. He urges them to never lose sight of their hope for a better place in life.

“I have come from praying for death every day to waking up with a smile on my face every morning, being grateful for what every day brings me,” he said.

Connors’ mother is proud of her son’s work to help others deal with the same problems he dealt with for so many years. She is grateful that the changes in his life started while his great-grandmother was alive.

“Gram was aware that he was on the right track before she died,” Anne said.

“I didn’t get to where I am today by myself,” Connors said. “It was the community in Belfast that rallied around me. They treated me with kindness, compassion, patience, and tolerance. They helped me believe I could be the person I wanted to be.

“I am thankful to Two Bridges Regional Jail for sending me to the reentry center, and the corrections officer that took an interest in me, in giving me that hope for a better life that I am enjoying today.

“I am especially thankful for the support of my children, Mykel, Kayla, and Cameron; my mother, Anne; my late great-grandmother, Florence; my siblings, Taneika and Wayne Wright; and my father, Melvin Ramsey, for their unconditional love and support.”