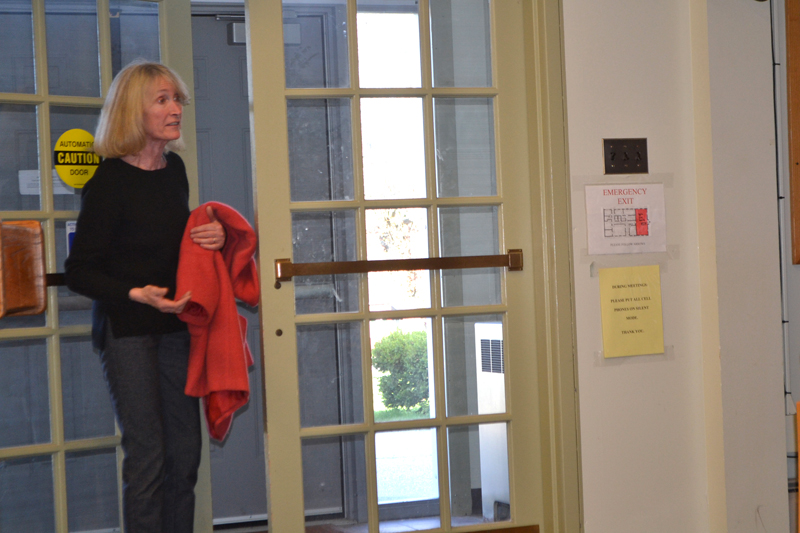 A Monday, May 7 meeting of the public advisory committee for the Maine Department of Transportation’s downtown project grew heated at times, with emotional comments from the public.

Community members expressed strong feelings regarding the elimination of parking on Main Street, the installation of traffic lights on Main Street, and the noise from nighttime construction.

DOT Project Manager Ernie Martin was in town to meet with the committee.

The first item on the agenda was to review signage and amenities, like streetlights, a granite seating area, and what type of bricks to use in landscaping.

Francoise McCoy, the new owner of the Marston House, at 101 Main St., complained about the Middle Street light.

She said the light would disturb guests of her bed-and-breakfast and spoke for several minutes about her objections to the project.

When Town Manager Marian Anderson asked McCoy to leave her contact information in order to allow the meeting to continue, McCoy left the meeting.

Martin said the traffic signals will beam light down, not up.

Kim Dolce displayed a map showing the number of parking spaces the project will eliminate. Dolce said many businesses are beyond a reasonable walking distance from Railroad Avenue, where the DOT plans to build a new parking area.

Some committee members told Dolce the meeting was about amenities, not parking.

Former Selectman Judy Flanagan asked that public comment end to allow the committee and Martin to continue the meeting. Dolce completed her remarks before taking her seat.

Matt McDonald asked Martin if an underground tunnel by Red’s Eats would be less expensive to build than the planned project. Martin said it would not. 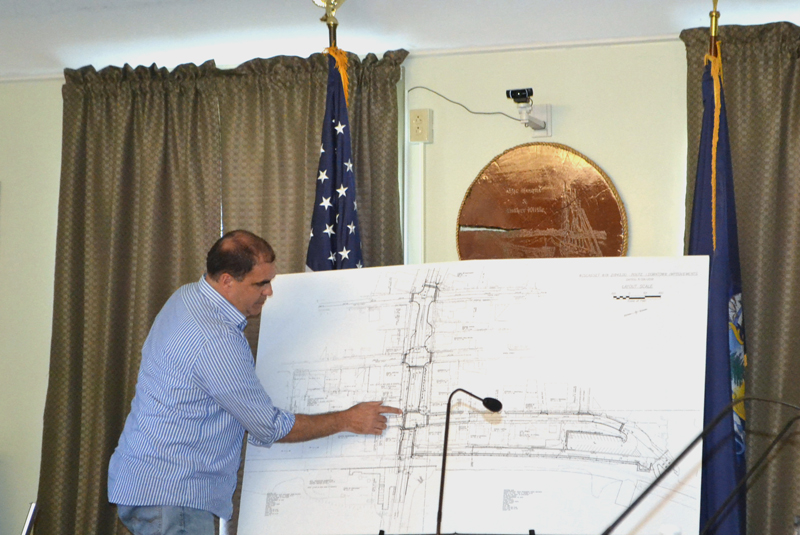 During a telephone interview Tuesday, May 8, Martin said Wiscasset businesses will have their Main Street parking throughout the 2018 tourist season.

The DOT awarded the contract for the Wiscasset project to Pike Industries for $6.8 million Friday, May 4, according to Martin. The cost exceeds the department’s estimate.

The first step will be the construction of the parking lot on Railroad Avenue before work on Main Street begins. According to Martin, the work on the parking lot will not be completed until October.

The contract does not include construction of a parking lot on Water Street. The Haggett’s Garage property will serve as the DOT’s field office and parking lot during the project.

Martin told the group he understands the concerns from businesses and residents. He said the DOT wants to work with them during construction.

A representative of the Wiscasset Art Walk asked Martin if there could be some accommodation for the art walk, which takes place from 5-8 p.m. on the last Thursday of June, July, August, and September. Martin said there could be an accommodation and asked her to email him the information.

The next committee meeting, at 5 p.m., Monday, May 21, will include a presentation from Meg Lane, a communications director with the DOT, to inform members of the public on how to obtain information from the project website. Martin said she will work closely with the businesses and townspeople during construction.