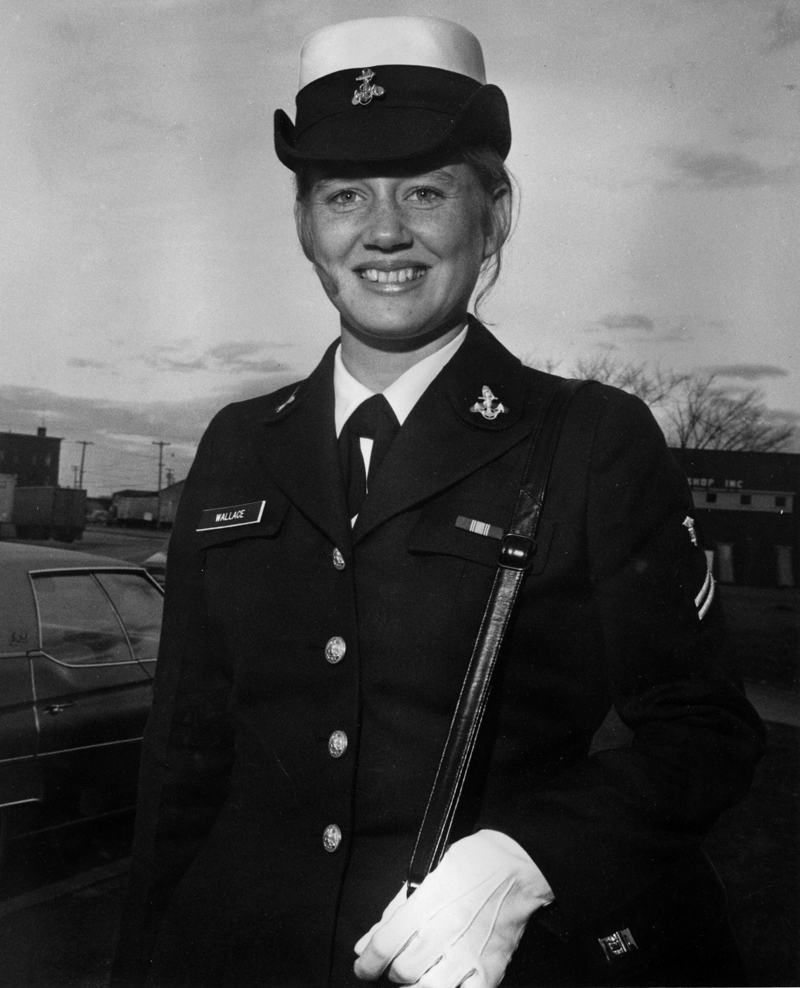 A 19-year-old U.S. Navy Seaman Apprentice Donna Wallace in 1973. Wallace would go on to serve nearly 34 years in the military before retiring and returning to her native Waldoboro. (Photo courtesy Donna Wallace)

The first female commander of the American Legion post in Waldoboro is a native of Waldoboro and 1972 graduate of Medomak Valley High School who served in the military for nearly 34 years.

Retired U.S. Air Force Lt. Col. Donna Wallace was in the military from 1972-2006. She was in the U.S. Navy, U.S. Navy Reserve, and U.S. Coast Guard Reserve before serving her final 20 years on active duty as an officer in the Air Force. She is now commander of Charles C. Lilly Post No. 149.

Wallace is the daughter of the late Douglas and Marjorie Wallace. She, along with her sister, Leona, and two brothers, Douglas and Dana, was raised on a large farm in Waldoboro with about 1,000 laying hens. Her father also worked as a commercial fisherman to support the family.

Wallace and her father, a veteran of World War II, were close. When she was in the reserves, she hauled lobster traps with him while going to college.

“My dad was my best friend all through life, right up to the day he died at the age of 90,” Wallace said.

Her father enlisted in the U.S. Army at the age of 18. After basic training, he was assigned to the U.S. Army Air Forces 5th Division.

On Christmas Day 1943, he was on a transport ship in an 80-ship convoy on its way to the Philippines when the convoy was attacked by Japanese kamikazes.

Her father told her two kamikazes flew over his ship, each crashing into a ship on either side of his. The impact from the explosions on those two ships caused significant damage to his ship, with the crew hanging on while the Japanese continued to attack.

Donna Wallace remembers asking her father if he was afraid. After a brief pause, he said, “No. We thought we were going to die. We had accepted the fact we were not going home to our families and I was just waiting for death to come.”

But her father survived and was in Japan when the Japanese surrendered in August 1945. He received the Purple Heart for injuries received during that attack, as well as the Asiatic-Pacific Campaign Medal, Good Conduct Medal, Philippine Liberation Medal, and World War II Victory Medal.

After graduating from high school, Donna Wallace wanted to continue to learn, but knew her family did not have the money to send her to college. She talked to her father about going into the military to serve her country and further her education. Her father suggested the Navy, because he knew how much she enjoyed the water.

On June 9, 1972, her 18th birthday, she enlisted in the Navy and began a long and accomplished military career.

She was stationed at the Naval Postgraduate School in Monterey, Calif. before being separated from active duty in August 1976 with the rank of petty officer second class.

From 1976-1978, she served in the Navy Reserve in Maine and California. Back in Waldoboro, she decided to go back to school and further her education.

While pursuing an associate degree in dental hygiene, she went lobstering with her father. Her father built her a 17-foot wooden lapstrake skiff to haul her own lobster traps with. He had built his own 29-foot lobster boat, the MASSU, that was his pride and joy, according to his daughter.

In 1978, Wallace transferred into the U.S. Coast Guard Reserve. She served in Maine and California until 1986.

After receiving her master’s degree, Wallace applied for a commission in the Air Force “and was blessed to be accepted,” she said.

She achieved the rank of petty officer first class in the Coast Guard Reserve. 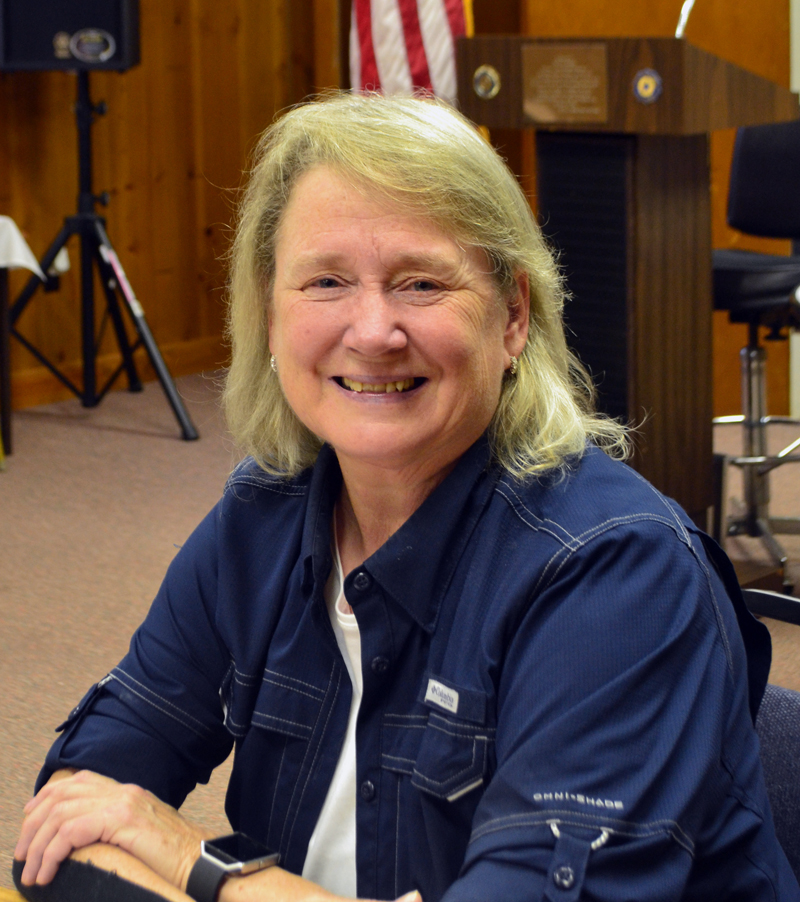 Wallace was commissioned a second lieutenant in the Air Force in April 1986. She was assigned as chief, Administrative Division, School of Health Care Sciences, at Sheppard Air Force Base in Texas.

She was promoted to first lieutenant in November of the same year. She reached the rank of captain in 1988, major in 1996, and lieutenant colonel in 2000.

She still had a desire to learn. In 2000, she completed a residency with PacifiCare of Texas and received a master’s degree in health care administration from Baylor University in Texas. She also took advantage of education offered by the Air Force, attending Squadron Officer School in 1993, Air Command and Staff College in 1999, and Air War College in 2003.

While serving in the Air Force, Wallace had some interesting assignments. She was chief of professional staff management at the Office of the Surgeon General, Bolling Air Force Base, Washington, D.C.

She served as flight commander of the 319th Recruiting Squadron at Portsmouth, N.H. for all New England states, and was commended for leading her team to success in all programs.

In 2003, she was assigned to Randolph Air Force Base in Texas as deputy chief, Physician Utilization Branch, Air Force Personnel Center. Her duties included responsibility for assignments and career management for over 3,600 physicians.

Wallace said she is grateful for the opportunities her military service provided.

She was recently elected commander of the American Legion post in Waldoboro. She is proud and honored to be the first female commander of her hometown post, which she joined with her father in the mid-1970s.

In her role as commander, she plans to promote programs that benefit all veterans and their families. She is also an active member of the American Legion Auxiliary in Waldoboro.

She enjoys spending time with her granddaughter, Izabella Montgomery, who was the Waldoboro auxiliary unit’s 2019 Poppy Girl, and she is looking forward to soon having a new grandson.

Wallace has traveled to all 50 states and more than a dozen countries. She has hiked 200 miles from Porto, Portugal to Santiago de Compestelo, Spain; seen the Arctic and Antarctic; and sailed from Friendship, Maine to Bermuda. But there is no other place she would want to live, she said, than in her hometown of Waldoboro.