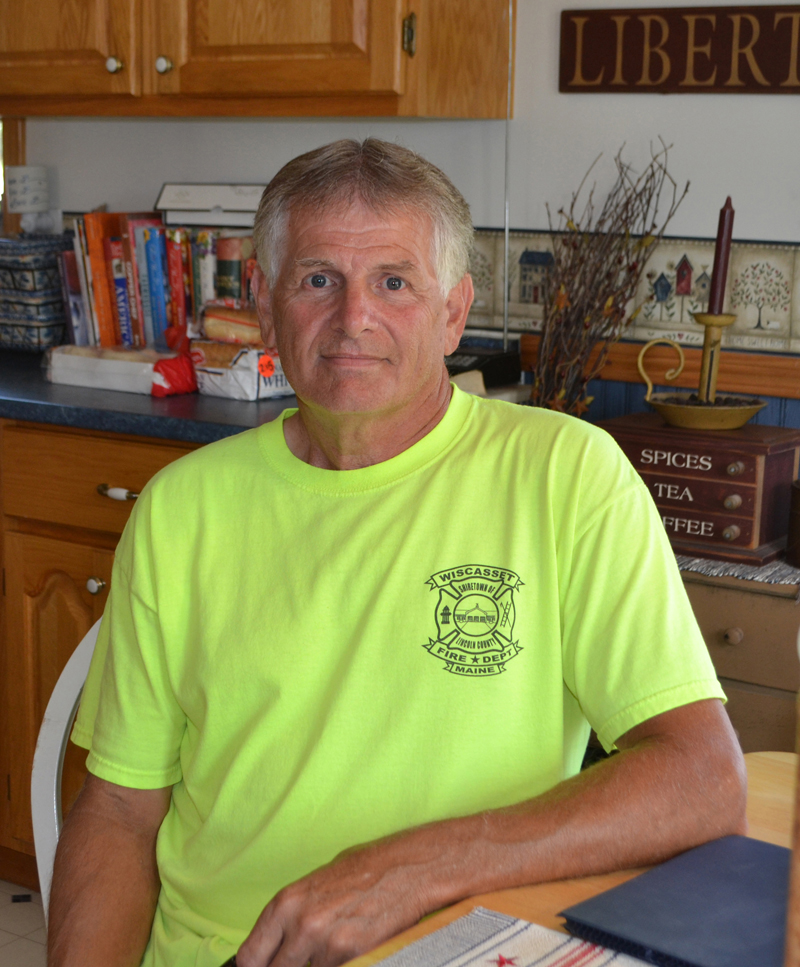 Tim Merry said he was speaking on behalf of the department’s membership, with the members’ permission.

In addition to his 20 years as Wiscasset fire chief from 1990-2010, Tim Merry is a former selectman and the current safety officer of the department. He was a full-time firefighter in Bath for more than 30 years.

“We do not deny we made a mistake regarding the Huber fire,” Tim Merry said. “We are confused, angry, and disappointed as to why the aggressive act of removing the fire chief from his duties has been taken because of this one instance.”

Wiscasset Town Manager John O’Connell removed T.J. Merry from his role as fire chief Sept. 4 because the fire department did not follow applicable policy and regulations for the Aug. 4 burn. T.J. Merry remains a member of the department.

Tim Merry said the members of the fire department work as one unit and when one member is hurt, it affects all of them.

Tim Merry joined the department in 1977 and said he has never seen morale so low. However, he quickly added, that will not deter members from doing their jobs to protect the public.

Speaking of the Huber’s fire, Tim Merry said: “It was not intentional. There was no intent to deceive anyone. It was truly an honest mistake, and in my opinion and in the opinion of many others, does not warrant the removal of the chief.”

“The department made a mistake. Now we must move on and look to the future of the department,” Tim Merry said. “This one mistake should not cost the chief his job.”

In addition to O’Connell’s removal of the chief, Tim Merry questioned the lack of action by the Wiscasset Board of Selectmen. “Where is the leadership?” he said.

Upon his removal, T.J. Merry immediately requested a meeting with the selectmen in executive session. The selectmen have not granted the meeting, and Tim Merry wants to know why.

Judy Colby, chair of the board of selectmen, said the selectmen do not have any immediate plans to meet with T.J. Merry.

“He has been notified by the town manager of this decision,” Colby said. “Perhaps in the future we will meet with him, but not at this time.”

The department’s membership also has some concern about the town manager’s selection of an interim chief from outside the chain of command, according to Tim Merry.

O’Connell appointed Peter Rines interim chief. Rines is a member of the department and was a captain in the mid-1990s. He works as certification and curriculum program manager at the Maine Fire Service Institute.

The town manager, in a memo to department members announcing the removal of T.J. Merry and appointment of Rines, said Rines would review and update department policies, procedures, and training files.

According to Tim Merry, the department employs a consulting firm to review and maintain its training records in compliance with labor standards.

O’Connell defended the appointment. “I considered the alternatives when selecting an interim fire chief, and after consulting numerous people, I made what I consider the right decision,” O’Connell said.

The Merry family has a long history of service to the Wiscasset Fire Department. Tim Merry’s grandfather, Fred Merry, was a firefighter in the 1940s. His father, Gordon Merry, was fire chief from 1968-1990. He and his brother, John Merry, joined the department at the age of 18. His twin sons, T.J. and Nick Merry, did the same. The four Merrys now on the department have a total of 120 years of service between them.

Tim Merry thanked Wiscasset residents and members of the public for their strong support for the department at a difficult time. He assured the public that the department will continue to provide the same service it has for many years.