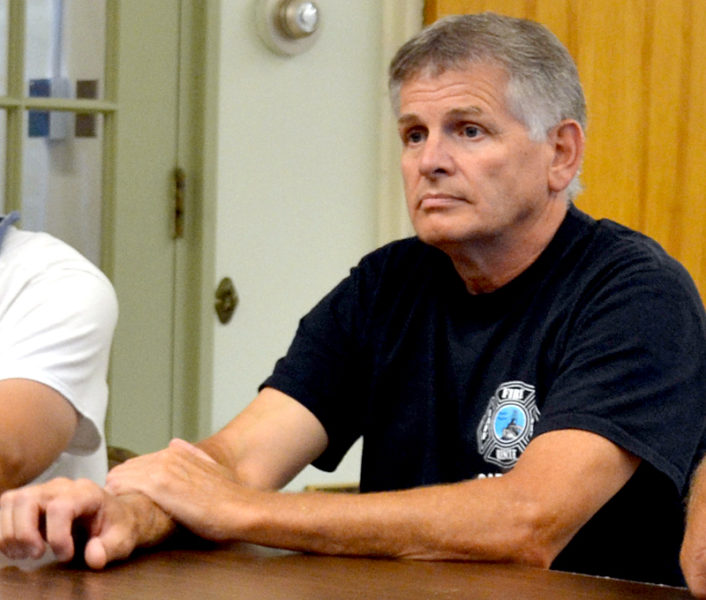 Former Wiscasset Fire Chief and Selectman Timothy Merry will host a meeting Thursday, Sept. 8 to discuss the potential for a move away from the town manager form of government.

The meeting will offer an opportunity for residents to share their ideas and opinions about what they would like to see for the future of their town.

During a recent interview with Merry, he said, “The taxpayers need to take responsibility in the direction the town takes. I want their voices to be heard. I cannot believe they want their taxes continuing to increase at the rate (they have) the past few years. This is our town, and the residents should be the ones making the decisions.”

Merry said he would like to see the town have a town administrator with either a five-member or three-member board of selectmen, and go back to an open town meeting where the voters can discuss articles before voting on them.

“I don’t know how other people feel about this, but I feel so strongly about it, I want to know if there is support for making the change, and the best way to do that is to hold a public meeting and ask the people,” Merry said.

The annual town meeting by referendum in June prompted Merry to give more thought to the issue, partly because of a vote for a 67 percent increase in the Wiscasset Ambulance Service budget. He would like to see the people who are paying the bills take a closer look at where their money is going.

Merry said there is poor attendance at public hearings, selectmen’s meetings, and other meetings. Some folks read newspaper accounts of the meetings and some watch recordings of the meetings, but that’s “not enough,” Merry said. “They need to get more involved.”

“We are a small town with a big-town spending problem, and it needs to be addressed,” Merry said. “This town operated for many years without a town manager, and I believe it can again if that is what the taxpayers want.”

The change of government would require a citizen’s petition with the proper amount of signatures. The petition would have to be presented to the selectmen for their acceptance to place the question on the town meeting warrant, then the voters would decide. According to Merry, the process could take up to two years to complete.

Merry encourages all citizens to attend the meeting to express their ideas and concerns. The meeting will take place in the meeting room at the town office at 7 p.m., Thursday, Sept. 8.

“Civic engagement is key to a successful government organization,” Anderson said. “Citizens should engage and periodically review the processes that define how their town operates.”

She did note some of the town’s unique challenges.

“Wiscasset is a small town with a large infrastructure to support: a municipal airport, full-time police, (emergency medical services), and a recreation department, in addition to a multiple-town solid-waste facility and wastewater treament plant,” Anderson said.

“We should always be open to creating efficiencies in local government,” she said. “I look forward to the opportunity to participate in the discussion.”

Wiscasset Board of Selectmen Chair Judy Colby said she encourages residents “to attend the meeting with an open mind, and listen carefully to all their options, and also to express their ideas and concerns.”