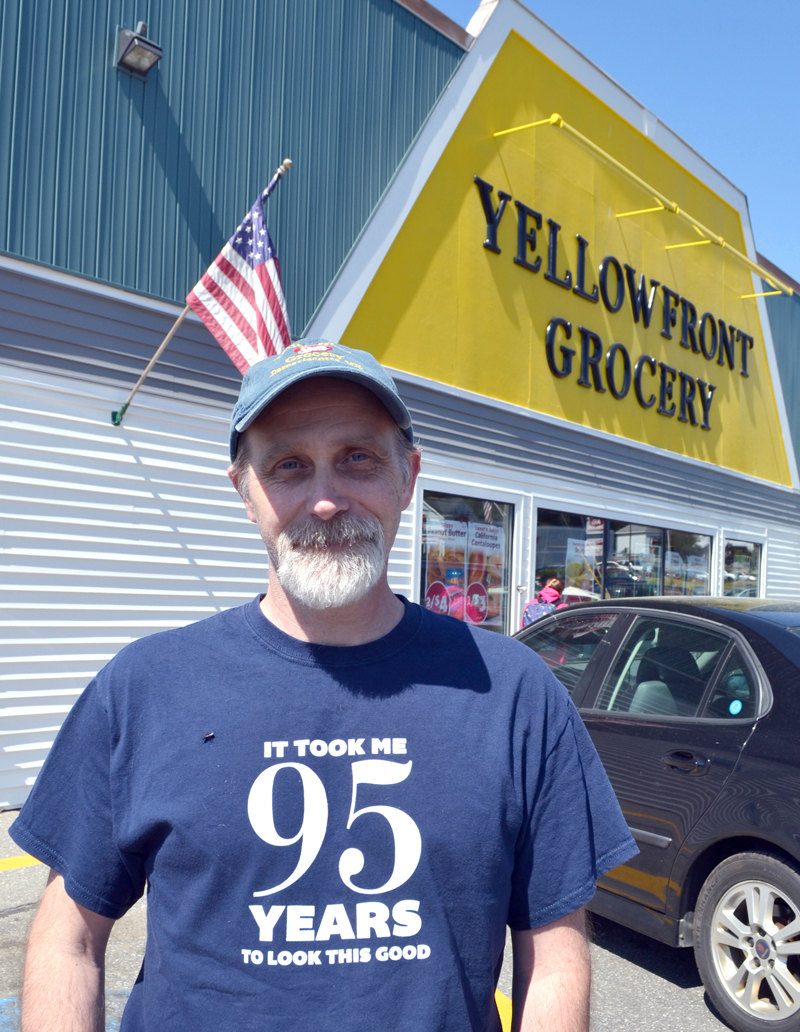 Yellowfront Grocery owner Jeff Pierce stands in front of the store at the time of its 95th anniversary celebration in June 2016. (Maia Zewert photo, LCN file)

The future of Damariscotta’s Yellowfront Grocery is “in flux,” but the owners hope to keep the store open, perhaps with its sale to another local business person, according to co-owner Jeff Pierce.

In a statement posted on the business’s Facebook page the morning of Tuesday, Dec. 26, Pierce addressed rumors of the 96-year-old grocery store’s impending closure.

“Merry Christmas everybody, and Happy Holidays. I would like to address some of the misconceptions being promoted by some on Facebook. First, my family does not own The Coastal Marketplace, we rent the space. The rent went up last year and is due to go up again next year,” Pierce said in the post.

Jordan Bay Investment Inc. owns the Coastal Marketplace property, according to Damariscotta tax records. The corporation could not be reached for comment.

“Anybody who knows my family knows how much this community means to us,” Pierce said in the statement. “Our intent is to keep the store going. We are in talks with a local business person to take it over, and keep a grocery store here.”

“We feel and hope you do too, that the community would suffer, especially the elderly community, without one. Right now it is up to the landlord to determine if that will happen or not,” Pierce said.

Pierce said the future of the store “has nothing to do with” the sale of his family’s property at 435 Main St. in Damariscotta, where Commercial Properties Inc. CEO Daniel Catlin plans to build three commercial buildings.

Yellowfront Grocery will remain open this week, and Pierce hopes to keep the store open in the following weeks “until we figure this out.”

Yellowfront celebrated its 95th year in business in June 2016.