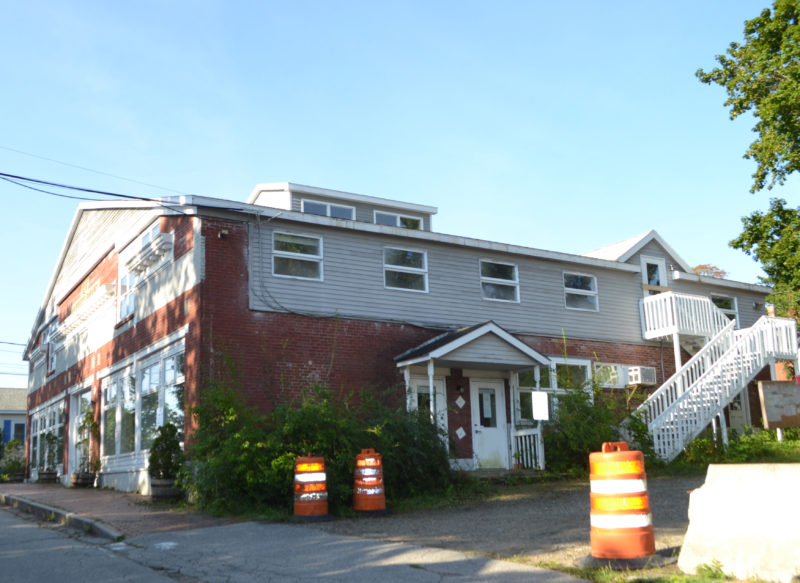 The Maine Department of Transportation has demolished Haggett’s Garage, the 102-year-old Water Street office building at the center of much debate in Wiscasset the last two years.

The demolition makes room for a parking lot at the site. Along with a new lot on Railroad Avenue, the Water Street lot will replace parking on Main Street.

The DOT plans to incorporate the Haggett’s Garage sign and the bricks around the sign into the landscape plan for the parking lot, according to department spokesman Ted Talbot. The sign and bricks were removed from the building prior to demolition.

Some other materials will find new purpose at the local American Legion post.

Bradford-Sortwell-Wright Post No. 54 Cmdr. William Cossette asked the DOT to save the second-floor stairs and an entryway for reuse at the post, according to Talbot. The DOT informed the contractor, Pike Industries Inc., of the request, and Pike Industries accommodated the request Friday, Sept. 7.

According to Cossette, the post will use the stairs and entryway to make an outside entrance to the second floor of its building on Route 1.

The donation “will save the post a lot of money and it is greatly appreciated,” Cossette said. “A part of Haggett’s Garage will remain in Wiscasset, and will become part of Wiscasset’s American Legion post.”

The DOT expects the Water Street parking lot to open in the late fall of this year, according to Talbot. The department expects to open the Railroad Avenue lot before it eliminates parking on Main Street. The Water Street lot will open later.

The two new lots will give the town more downtown parking that it currently has.

Haggett’s Garage was built in 1916. The building was an early Ford dealership. 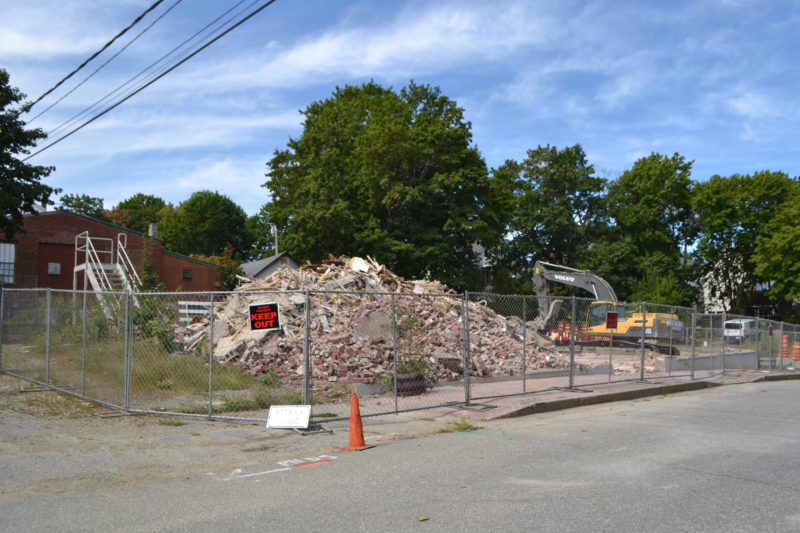 A pile of rubble remains on the site of Haggett’s Garage, at 36 Water St. in Wiscasset, after the building’s demolition Friday, Sept. 7. The Maine Department of Transportation plans to build a parking lot on the site. (Charlotte Boynton photo)