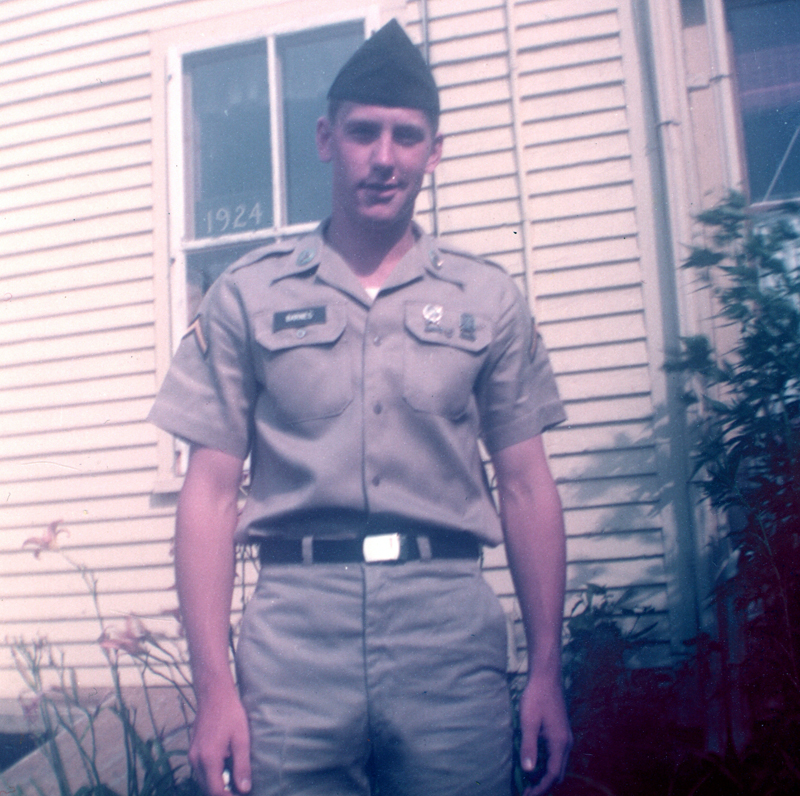 U.S. Army Ret. Sgt. Major Michael Barnes (E9) is one of those veterans, after 30 years in active duty, and two years in the reserves, he continued to serve. While serving in the reserves, he attended nursing school becoming a registered nurse working in the burn ICU unit at the University of North Carolina Medical Center in Chapel Hill.

Barnes, a 1975 graduate of Wiscasset High School, was not interested in going to college at the age of 18. He decided to join the Army in March 1976, and now nearly 46 years later said, he has never once regretted that decision.

“I did not consider service in the military as a job; it was a way of life I enjoyed. If asked I would do it all over again,” he said.

Barnes is the son of Roy Barnes of Wiscasset and Blanch Johnson, also of Wiscasset. Barnes comes from a large family; his dad was one of 10 children and his mother is one of four.

“We had good models and mentors growing up,” he said. “Veterans all. Judge Allan Pease, Roy Farmer, George Jones, World War II veterans, and Chuck Shea a Wiscasset teacher and coach for over 20 years at Wiscasset. They all had a sense of purpose, they became important people in the community and people listened when they had something to say and we looked up to them as community leaders.”

Barnes served in the infantry for the first 14 years in the Army. After boot camp and Infantry AIT, in July of 1976 he was sent to Korea for his first duty station. 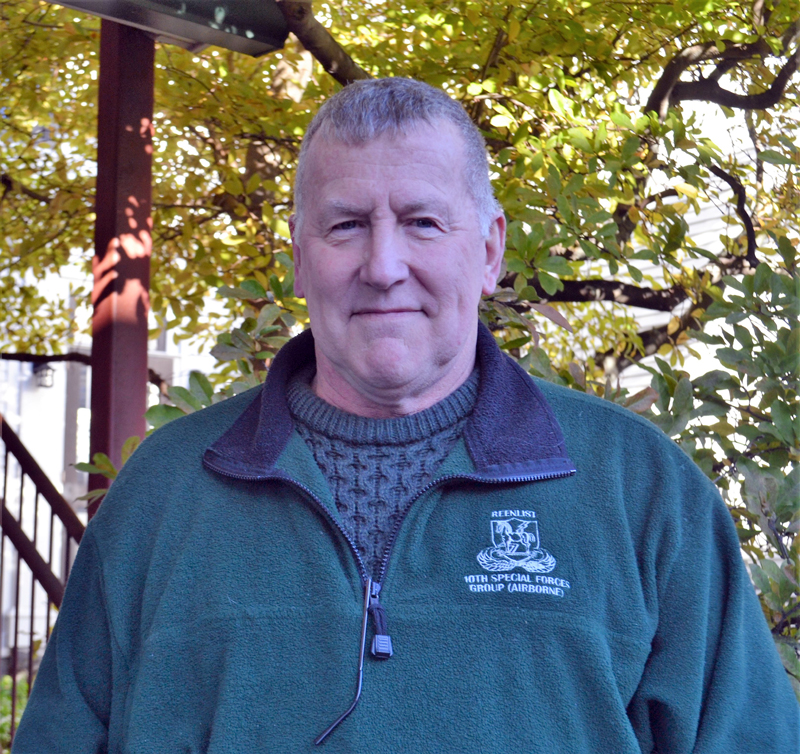 Sergeant Major Retired Michael Barnes, discharged in 2008 after nearly 33 years of military service, returned to Maine and continues to serve Veterans and their families through the programs of the American Legion. (Charlotte Boynton photo)

This was followed by assignments to the 1/75 Rangers, the 82nd Airborne Division, the Old Guard (the Army’s ceremonial unit in Arlington National Cemetery) and the 25th Infantry Division in Hawaii.

In 1990, Barnes applied and was accepted to Special Forces. He trained for the first two years to become a medic, along with Russian language training, before being assigned to a 12-man team in Germany. He was promoted to team sergeant and later sergeant major, retiring in 2008.

Barnes moved back to Maine just over two years ago, joined the Wiscasset American Legion Post No. 54 to continue his service to veterans and their families.

When asked why he decided to move back to Maine after all these years being away, he said, “I come back to my roots, there is no other place I would rather be, my mom and dad are still here. This is home.”

He is the father of three children, one son and two daughters who are also providing a service to their community. His son served four years in the U.S. Marines, now serving in Alaska, as an Army National Guardsman. One daughter is a social worker working on teenage programs in her community; the other daughter is serving as an emergency medical technician in the community she is living in.

Barnes said in celebrating Veterans Day, we must also remember the sacrifices the families of veterans make.

“They give up a lot more than most people take for granted,” he said; “The family serves along with the veteran they are also heroes.”

Wiscasset American Legion Post No. 54 is hosting the Wreath Laying Ceremony at the Veterans Memorial on Veterans Day.

Barnes, wearing his American Legion uniform, will be there to honor veterans of all wars as a member of a three-man firing party.