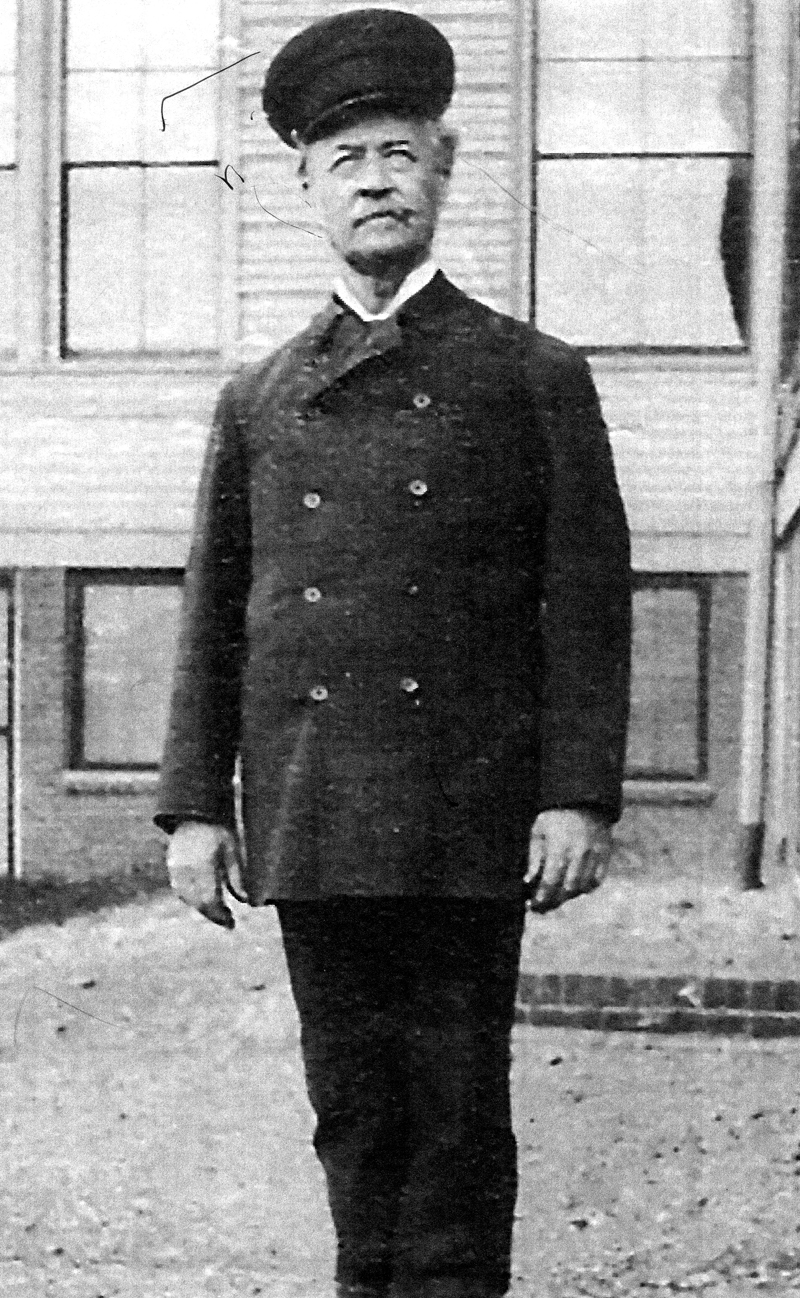 Civil War Veteran Moses Dwinnells traded his Union Army uniform for the uniform of the Grand Army of the Republic after the Civil War. He continued to work for the betterment of Civil War veterans and their families through the organization. (Photo courtesy Elizabeth Reilly)

The first Memorial Day was celebrated back in 1868 to commemorate the sacrifices of the over 200,000 lives lost in the Civil War. It has evolved into a day of honoring all veterans in special ceremonies, and parades. Memorial Day is a day to remember the lives lost in wartime, which some do by visiting the gravesite of a loved one who served.

This past week, 90-year-old Elizabeth Reilly, of Bristol, visited the gravesite of her grandfather, Moses P. Dwinnells, a veteran of the Civil War who is buried at the Togus National Cemetery. Her son, Carl Reilly, and her daughter-in-law, Sally, also visited the gravesite to reminisce on the life of an American hero, who at a young age volunteered to serve his country, was wounded twice, captured, held as a prisoner of war, and escaped captivity during his military career.

Elizabeth never knew her grandfather in life, because he died in 1928 at the age of 80, four years before she was born, however, she has been able to learn a lot about him from stories told by her father and research completed by her son Carl. In her home, she displays much of her grandfather’s memorabilia.

According to information provided in the family’s genealogy, Moses was born on Feb. 14, 1848 in Haverhill, Mass, the only child of Charles and Susan Dwinnells, a shoemaker in Haverhill. Charles was also a Civil War veteran, serving at the same time as his son Moses.

According to records of the Massachusetts soldiers, sailors and marines, compiled by the adjutant general, Moses and his father enlisted and mustered Feb. 24, 1862 when Charles was 35 and Moses was 14. Charles was discharged Feb. 19, 1863 due to disability.

Although the minimum recruiting age for Union soldiers was 18, the Union and the Confederacy combined had between 250,000-420,000 males under the age of 18. The Union had about 100,000 soldiers 15 years old or younger in the military during the Civil War.

Moses was assigned to the 1st Massachusetts Heavy Artillery Regiment, Company M, when he enlisted. In March 1862, just one month after enlisting, his company, along with Company L, traveled to Washington, D.C. Arriving there on Sunday, March 23, the two companies formed in columns of two and marched from the railroad station up Pennsylvania Avenue to the White House where they were reviewed by President Abraham Lincoln,

From D.C., the companies were ordered to the front in August 1862. Moses was wounded May 19, 1864 at the Harris Farm Engagement. The 1st Massachusetts suffered 390 casualties at Harris Farm with the total Union casualties estimated to be 1,500 men. This was the last major combat at Spotsylvania Court House in Virginia. The Union soldiers pushed back the Confederacy, giving the Union the win of the battle.

After recovering from his wound, Moses returned to the battlefield, and was captured July 27, 1864 during the First Battle of Deep Bottom, also known as Strawberry Plains, as part of the Siege of Petersburg that was won by the Union.

By this time Moses is 16 years old, he escaped from captivity and swam across the James River to Bermuda Hundred, a small town outside Richmond, Va.

He was wounded again Feb. 5, 1865 at the Battle of Hatcher’s Run, fought about six miles southwest of Petersburg, Va. The Union Army casualties included 171 killed and 1,281 wounded, with Moses being one of the wounded.

Moses received an honorable discharge on Aug. 16, 1865. Little information is documented as to what he did after the war. One can assume he returned to Haverhill for a while. According to information handed down from one generation to another within the family, Moses traveled a lot from one state to another during the years after the war. .

In the late 1800s and early 1900s Moses had friends in Belfast he came to visit. On one of those visits to Maine he met a young Sadie Partridge from Bristol at Pemaquid Beach.

In 1907 a son was born to the couple and they named him Lincoln Carroll Dwinnells, perhaps after the president he served under.

Moses was very active in the Grand Army of the Republic, a fraternal organization for veterans of the Union Army, Navy, and Marines who served in the Civil War. In 1956 the organization was dissolved, the records of the organization went to the Library of Congress, and its flags, badges, and other official material was sent to the Smithsonian Intuition.

Many of the Grand Army of the Republic badges awarded to Moses is displayed in a frame in the home of his granddaughter, Elizabeth, along with his shaving cup with his initials on it and two bottles for shaving lotion he took to the barber. In past years, the barbershops had large mirrors on the back wall with shelves on both sides for individual shaving mugs, brushes, and bottles for lotions.

Their son, Lincoln, grew up on Pemaquid, and married Allene Annie Crocker, also from Bristol, on May 23, 1930. Lincoln was a lobster fisherman for over 30 years, and started a lobster pound in 1961.

In 1932 Lincoln and Allene had their only child, Elizabeth Ann, who continues to share her family history by telling the story of her grandfather, a man she never met but truly respects and is proud to be the granddaughter of.

The family, now spelled Dwinell, continued to grow in Bristol. Elizabeth married a hometown boy, Reginald Lee Reilly, who was the son of the local grocer, Carl Reilly, of C.E. Reilly & Son. Reginald took over the business, which his father started in 1928, at the age of 21. The store is owned and operated by members of the family to this day.

Elizabeth and Reginald were married in 1950, raised three children – Carl, Carol Lee, of New Harbor; and Kim, of Southport.

Elizabeth and Reginald were married for 71 years before he passed Nov. 12, 2021.

The Civil War veteran from Haverhill, Mass., who decided to make his home in Maine and marry a Maine girl has certainly has left a legacy, with his family tree continuing to grow from the one child he fathered, Lincoln; and the one granddaughter fathered by Lincoln, Elizabeth.