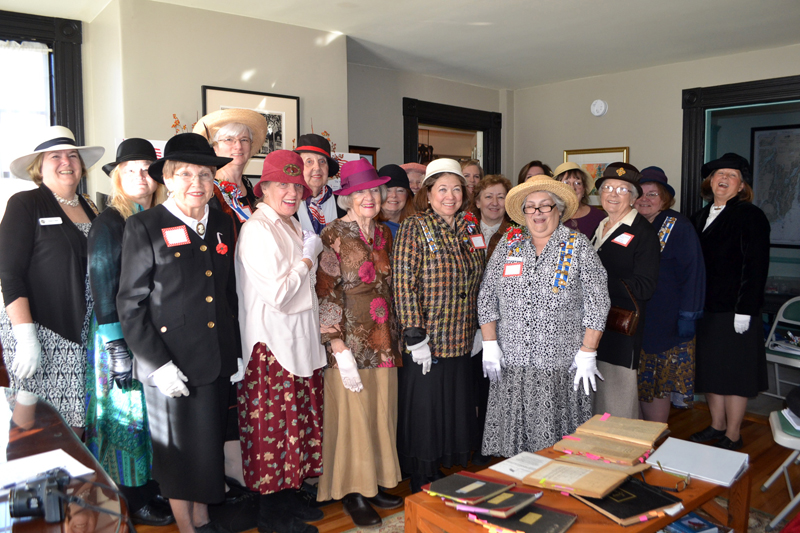 The Pemaquid Chapter of the Daughters of the American Revolution celebrates the chapter’s 85th anniversary in the Head Tide home where it was founded in November 1932. (Charlotte Boynton photo)

The Pemaquid Chapter of the Daughters of the American Revolution celebrated its 85th anniversary Saturday, Nov. 11 in the Head Time home where the chapter was founded Nov. 26, 1932.

The home was the birthplace of the poet Edwin Arlington Robinson, a three-time winner of the Pulitzer Prize and four-time nominee for the Nobel Prize.

According to Gail Buczkowski, chapter members approached her regarding their upcoming anniversary and asked if they could hold the celebration on the lawn.

Though Gail Buczkowski was neither a member of the chapter nor eligible to become a member, she said, “No way will you use the lawn for the celebration. You will come into the house to celebrate your anniversary.”

An article in The Lincoln County News reported the organization of the Pemaquid Chapter in November 1932. A copy of the article was displayed at the celebration along with other historical documents. 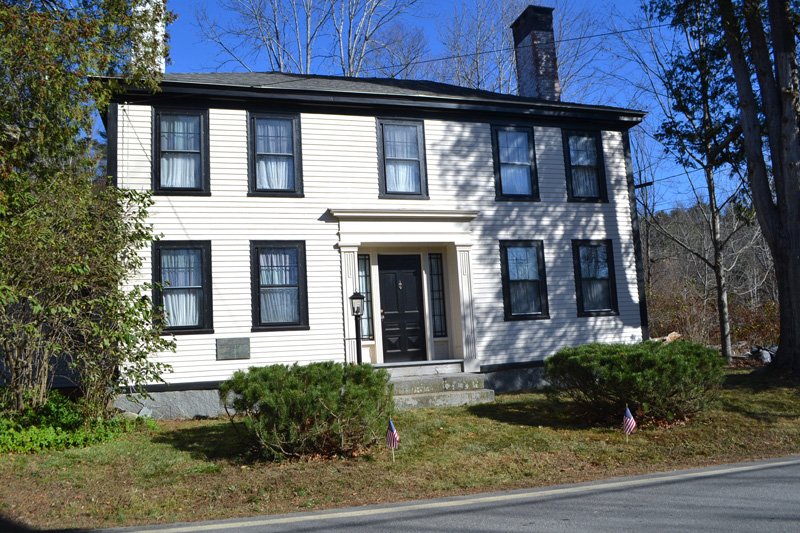 The birthplace of Edwin Arlington Robinson in Head Tide was also the birthplace of the Pemaquid Chapter of the Daughters of the American Revolution. The chapter celebrated its 85th anniversary at the home Saturday, Nov. 11. (Charlotte Boynton photo)

In celebration of the chapter’s 85 years, the current members and associate members re-enacted the first meeting. They dressed in the fashions of 1932, wearing hats and gloves for an afternoon tea in the same room where the chapter began.

According to the Daughters of the American Revolution website, the society promotes historic preservation, education, and patriotism.