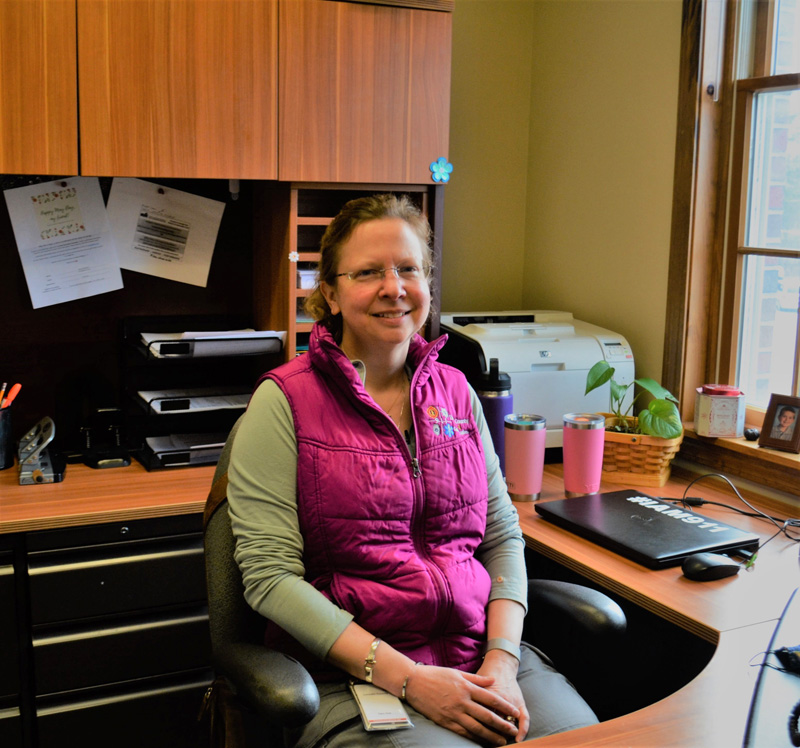 Tara Doe, of Newcastle, is the new director of the Lincoln County Communications Center. The center fields 911 calls and dispatches emergency services throughout the county. (Charlotte Boynton photo)

Lincoln County has a new communications director, believed to be the first woman to serve in the role. The county selected Tara Doe from a pool of six candidates to lead the agency that fields 911 calls and dispatches emergency services throughout the county.

Doe, of Newcastle, began her career with the county as a part-time communications officer in 2008 and shifted to full time the next year. In 2015, she became a certified communications training officer.

In 2017, after completing a course through the International Academies of Emergency Dispatch, she was able to assist in instructing an emergency telecommunicators course to new dispatchers from all over the state at the Maine Criminal Justice Academy.

Doe replaces Thomas Nelson, who resigned last month after two-plus years in the role to take a position with MaineHealth.

During a recent interview, Doe said she received encouragement from the late Kathy Blagdon, who passed away in 2019. Blagdon served the county for over 35 years as a dispatcher, supervisor, and deputy director of the communications center.

“Kathy was truly my mentor,” Doe said. “She worked to make us all better; she encouraged us to do our best and didn’t expect anything less from us. Kathy was an inspiration to all who knew her.”

In her new position, Doe looks forward to providing a level of service residents and visitors deserve and expect.

“They depend on us to give our all, to work together for a successful outcome in emergency situations,” Doe said.

Doe credits her father, the late Chester Morgan, for instilling a spirit of giving. She said his philosophy was to never borrow or lend, but if there is a need, to just give.

He once asked her why she had chosen to become a dispatcher. She told him it was her way of making a difference and helping people, and that she was practicing what he had taught her.

Doe is married to Mark Doe and has been involved in the family business, Louis Doe Home Center in Newcastle, since 2010. She manages the center’s engraving business.

The family has an extensive history of involvement in local emergency services. Her husband serves as deputy chief of the Central Lincoln County Ambulance Service.

When Doe is not at the communications center or the store, she enjoys knitting and woodworking.

The new director speaks highly of the communications center’s staff, which includes two supervisors and 11 dispatchers.

“They are giving hearts. We are very fortunate to have every single one of them. No matter who sits in this chair, without them it would not function,” she said.

By Doe’s calculation, the staff has a combined 162 years of experience in emergency communications.