Wiscasset voters will choose among six candidates to fill three seats on the board of selectmen Tuesday, Sept. 8.

The terms of Selectmen Kim Andersson, Judy Colby, and Benjamin Rines Jr. are expiring. Andersson and Rines are running for reelection. Colby, the current chair of the board, is not. 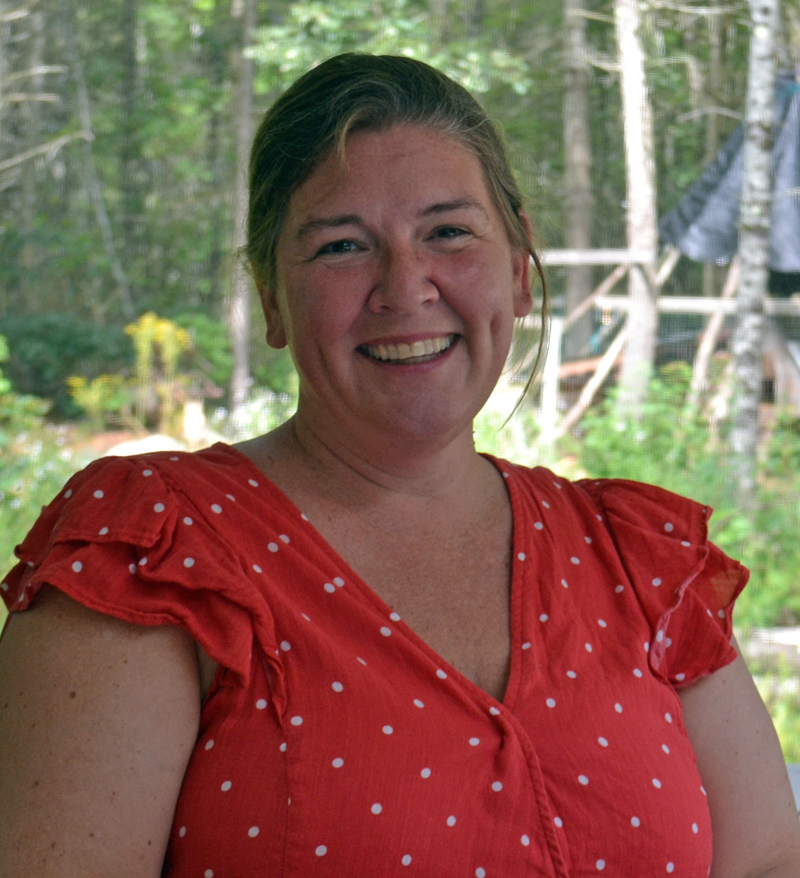 Kimberly Andersson said that when she and her husband, Mikael, moved to Wiscasset from Manhattan, N.Y. in 2005 with their young son, David, she felt like she had hit the jackpot. Shortly after coming to Wiscasset the couple had their second child, a daughter, Linnea.

Andersson is seeking a second term on the board of selectmen and said she will not seek a third.

She said the first two years have been a learning experience and in the next two years she will be better prepared to make decisions on town issues.

Before becoming a selectman in 2018, she was a member of the Wiscasset Budget Committee and represented Wiscasset on the RSU 12 Board of Directors before the town withdrew from the school district.

Andersson believes the most important issue facing Wiscasset is the need for an economic development specialist or town planner, while acknowledging that this was not the right year to add the position due to pandemic-related revenue concerns.

Andersson said Wiscasset is a wonderful, safe place to live, and a great place to raise children. “We need to sell our town to young families” looking for quality of life, Andersson said.

Andersson praised the volunteers who donate their time to municipal committees. “We must always recognize the value of these people,” she said.

Andersson said the town will have to be creative as it deals with potential revenue impacts from COVID-19, taking a good look at what is necessary and what is not, seeking other revenue, and holding fundraisers. She suggested discussing revenue issues with department heads.

“They are the experts on the ground. They know what would make sense to do. We are not the experts,” she said. “We need to listen to them.”

Andersson supports Cenergy’s proposal to build a solar array at the Wiscasset Municipal Airport, as long as the town does its due diligence. She believes the project will be an asset to the town. 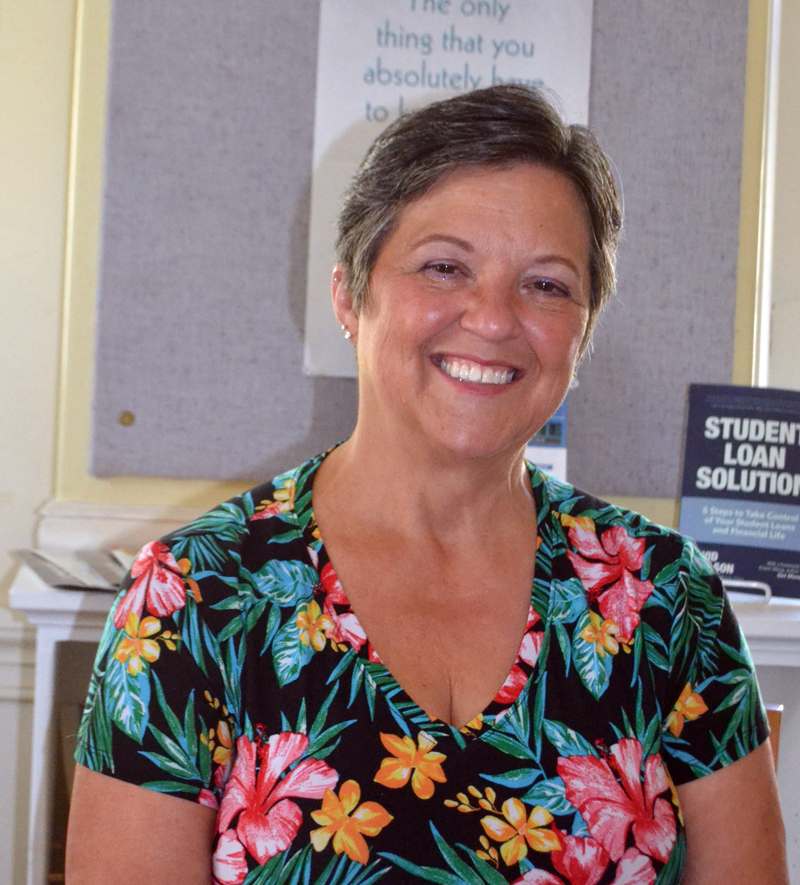 Former Wiscasset Selectman Pamela Dunning is ready to return to the board during a challenging time for the town.

“Although people are dealing with so many changes in their lives, the COVID-19 pandemic, social distancing, unemployment, the presidential election, will children be safe attending in-person classes in schools, and the uncertainties of the future, the people are working together to get though these difficult times,” Dunning said. “I am so proud of them; they are working overtime to support the needs of the people, and are building a sense of community.”

Dunning believes it is important for town officials to “actively listen” to residents with an open mind “and give them the time to express themselves.”

“I am a people person. Perhaps I do not always agree with what someone is saying, but I want to give them an opportunity to say what is important to them,” she said.

Dunning previously served six years on the board of selectmen, two as chair. Before becoming a selectman, she served on the budget committee for five years.

The town may face revenue shortfalls due to the COVID-19 pandemic. If it does, Dunning said she would not consider eliminating any town services to lower taxes. Instead, she would ask each department to set priorities and keep its budget tight.

If the situation was dire, she would support reducing some services — for example, cutting hours at the transfer station — but would never consider eliminating a service.

Dunning described herself as a strong supporter of clean energy, but said she needs to learn more about the airport solar project before she decides whether to support it.

Dunning said her experience with municipal finances as a selectman and member of the budget committee would be an asset to the town in the current fiscal climate.

“The town can use my experience on the board, my knowledge of the town I have lived in for the past 46 years. My dedication to the town and the people, while serving as selectman, speaks for itself,” she said. 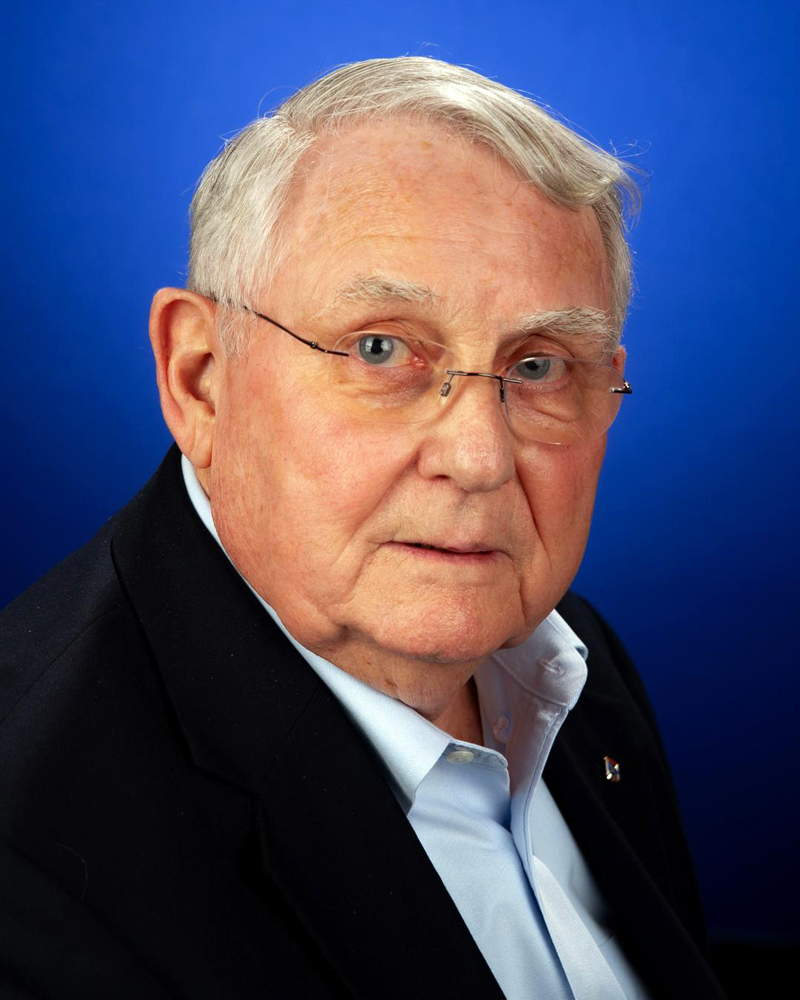 William Maloney moved to Wiscasset seven years ago with his wife, Lynn, after retiring as a director and sales manager of a large company. He wasted no time in volunteering his time and skills to the town.

Although this is the first time he has sought elected office, he sits on the budget committee, chaired the advisory committee for the Maine Department of Transportation’s downtown project, served as treasurer of the senior center and Wiscasset Rod and Gun Club, and is a member of the business group Friends of Wiscasset.

During his time in Wheeling, Ill., a suburb of Chicago, he chaired a committee on downtown development, working with developers and investors.

He believes the biggest challenge for the town is stabilizing the budget while maintaining services.

“I am running without any preconceived idea of eliminating or changing any department,” Maloney said. “I would rather look at all that we are doing and evaluate it based on data and discussions with those involved, who may have other suggestions.”

Maloney believes the downtown project enhanced the character of the town. “Wiscasset is a beautiful town, with wonderful people, and a wonderful place to live,” he said. 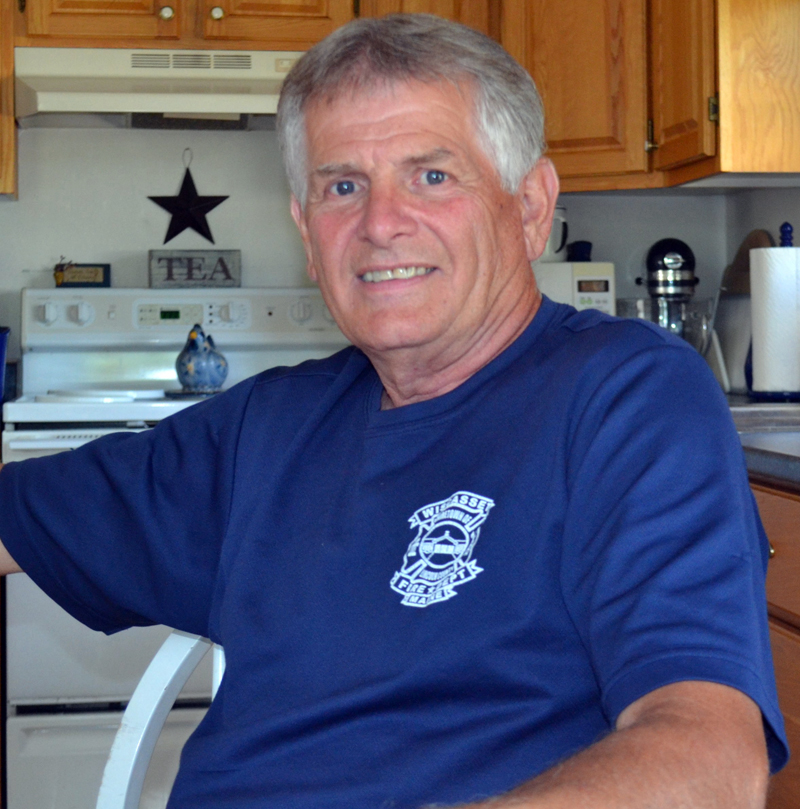 A lifelong resident of Wiscasset except for four years in the U.S. Air Force, Timothy Merry said he came to a crossroads: either become a selectman again and try to change things in his hometown, or sell his house.

“I don’t have all the answers to these issues, but they need to be addressed, not put on the shelf until there is an emergency for the town to deal with,” he said.

Merry said town buildings and equipment need attention. He supports the selectmen’s decision to use reserve funds to repair some buildings and replace some equipment, but said it came too late.

“Town officials have known about these issues for years,” Merry said. “Change happens, and it is time for change.”

Merry believes Wiscasset’s most important assets are its emergency services: the ambulance, fire, and police departments, and the people who staff them.

He suggested that the town consider ways to cut education expenses.

He supports the use of reserve funds to offset taxes as the town faces a potential revenue shortfall.

“The taxpayers should not feel the blight of any increased taxes,” Merry said. “What is the purpose of having the reserve funds if you don’t use them?”

Merry said he does not know much about the solar project proposed for the airport. “If it will be an asset for Wiscasset, I would support it,” he said. 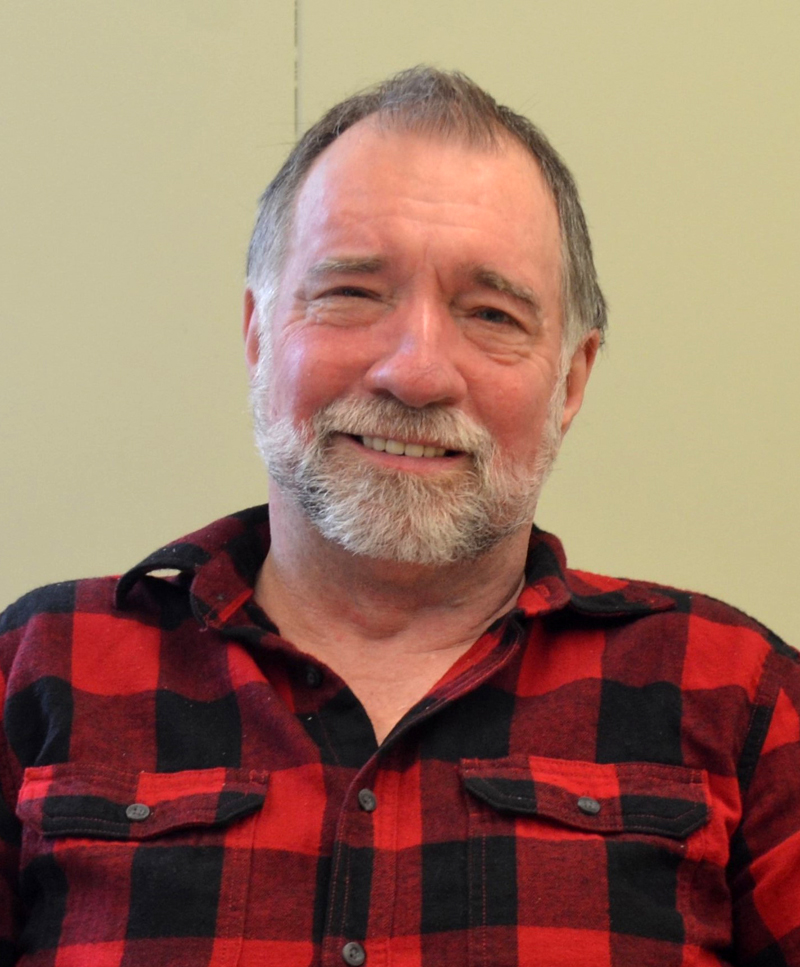 Benjamin J. Rines Jr. began his public service shortly after he graduated from Wiscasset High School in 1971. At the age of 19, he served on the budget committee. At 23, he was elected to his first term as a selectman. He served two terms in the Maine House of Representatives, from 1996-2000.

“Although these are very difficult times for the town and the citizens of the town, I am optimistic about the future of the town,” Rines said. “It has always had a bright future and it always will, because of the people.”

Rines described the people of Wiscasset as the town’s biggest asset and their volunteer service as outstanding. He said the town could not survive without the support of its volunteers.

“Keeping the taxes down is one of the biggest challenges facing Wiscasset today,” Rines said.

In the event of a revenue shortfall, he would recommend using funds from the reserve account instead of raising taxes or reducing services. “That is what the money is there for,” he said.

Rines said he needs to know more about the solar project at the airport before making any decisions. “There are still a lot of details to be worked out,” he said.

In the future, Rines said, he would like the town manager to become more involved in economic development.

He said the town does need an economic development staffer or town planner, but because of the pandemic and the unknowns facing the town, it did not get put in the budget for this year. 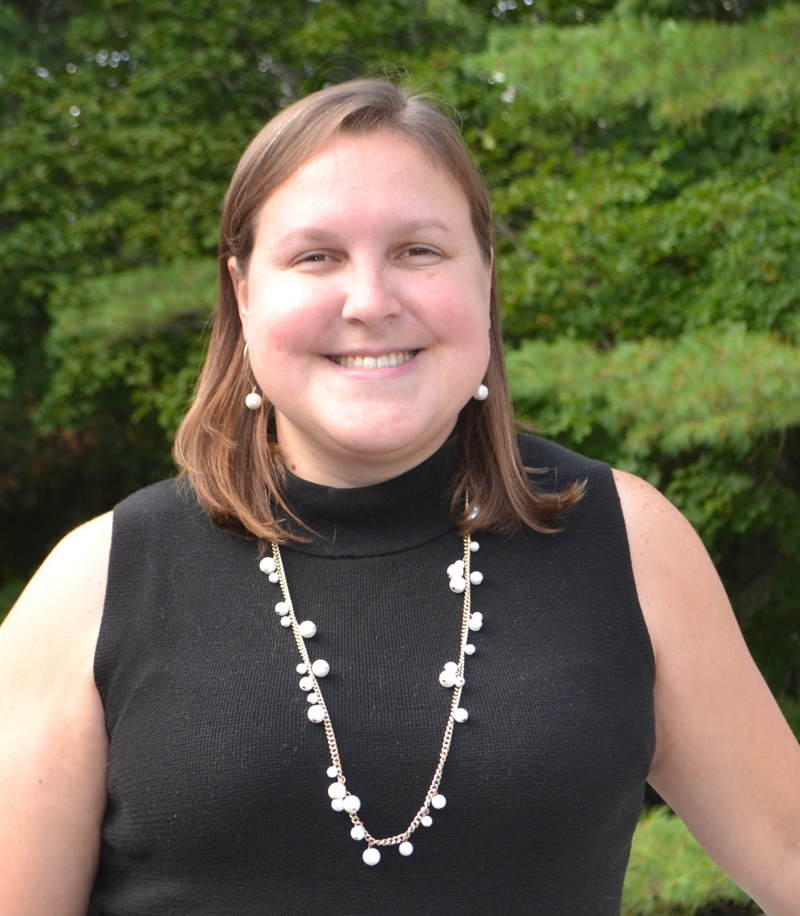 Sarah Whitfield is running for selectman because she feels Wiscasset has an opportunity to move forward in a positive direction, economically, financially, and socially, while maintaining the town’s traditions.

Her vision for the town is one of “gracious momentum,” she said.

“What I mean by that is being able to innovate, try new things, and move forward,” she said.

“Real estate sales around the region are going up as out-of-staters realize Maine is a wonderful place to live and remote working becomes more the norm,” she said. “The pandemic has introduced more people to Maine than ever before and we have an opportunity to plan and make the most of that.”

To take advantage of this opportunity and move forward, the town must hire an economic development specialist, according to Whitfield. The position would apply for grants and assist prospective business owners and residents.

Although Whitfield does not have experience as a selectman, she believes her education will help her make a strong contribution to the town.

Whitfield has always had an interest in public service. Nine days after she graduated from high school, she took a seat on the Wiscasset School Board, serving from 2005-2009.

She spent five years working in Washington, D.C. before moving home six years ago and buying a house.

“I always knew I would come back,” she said. “This is my home. I was born and raised here.”

Whitfield is the director of annual giving at USM. She said she is a connector and collaborator by nature and those traits will be great assets as a selectman.