The administration and governing body of Two Bridges Regional Jail are considering implementation of a medication-assisted treatment and reentry program for inmates with opioid addiction. (Charlotte Boynton photo)

The head administrator of Two Bridges Regional Jail believes a new medication-assisted treatment and reentry program for inmates with addiction can facilitate successful recovery and, with federal grant funds, financially benefit the jail.

The Lincoln and Sagadahoc Multicounty Jail Authority Board of Directors will discuss the implementation of the program during a special meeting Wednesday, June 12.

“I do not believe in brick walls. I believe in hammers to knock them down,” Bailey said. “We believe people can change, and we have an obligation to assist them in that process.”

More than a potential aid to inmates’ recovery, the program could help solve some impending financial issues.

As of July 1, the jail will lose a nearly $1 million contract to house inmates from Waldo County. Those inmates will now go to Somerset County.

The reduction in the number of inmates could lead to the elimination of 15 positions and the closure of a 48-bed pod at Two Bridges.

Bailey is recommending that the jail take advantage of a program through the Maine Department of Health and Human Services’ Office of Substance Abuse and Mental Health Services in order to convert the pod into the home of a medication-assisted treatment program.

With those funds, the state has contracted Enso Recovery to implement a medication-assisted treatment program. According to Bailey, Enso Recovery is offering the program to county jails throughout Maine. 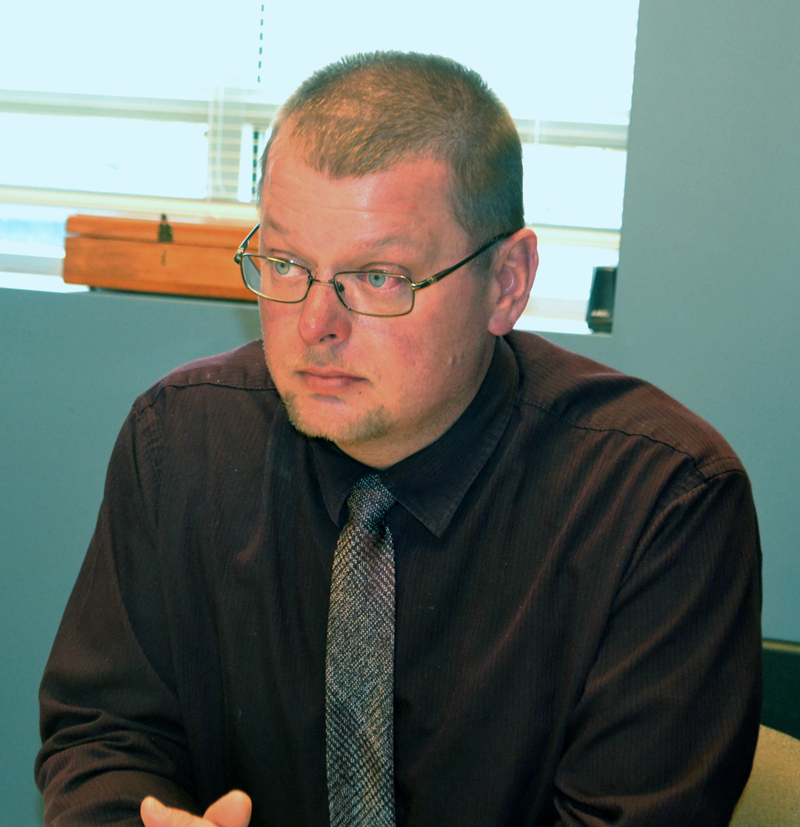 The program is being implemented in the Kennebec and York County jails and Bailey is certain it would be a win-win-win for Two Bridges, inmates with addiction, and Lincoln and Sagadahoc counties.

Bailey said revenue from housing inmates from other counties is going away and other counties are looking at building their own facilities. “We need to plan for the future of this facility,” he said.

“I believe, when we implement the (medication-assisted treatment) program, other counties and the state will show an interest in sending inmates to participate in the program,” Bailey said. “Although the (medication-assisted treatment) program would be completely funded by the state, (Two Bridges Regional Jail) could be paid a per-inmate boarding rate for the inmates from other counties or the state.”

The goal of the program would be to provide medical and clinical services to inmates with addiction and to facilitate successful reentry into the community.

“Sooner or later they will be released, and we do not want them coming back,” Bailey said. “This is an opportunity. Every inmate that we can help is a huge success. We need to help them to become functioning members of our community.”

Bailey said addiction is a factor for a majority of inmates at Two Bridges.

Under the medication-assisted treatment program, the jail would screen inmates with a series of questions about substance use during the booking process.

Bailey presented the jail board with an outline of his plans to implement the medication-assisted treatment program.

The plan includes criteria for an inmate’s placement in the program. The inmate must have a sentence of at least 30 days; must have “Opioid Use Disorder or Substance Use Disorder” as determined by the jail’s medical staff; must complete an assessment by either the jail’s medical staff or a clinician with Mid Coast Hospital’s Addiction Resource Center; and must be reviewed and accepted by a team consisting of representatives from the jail’s administrative, classifications, and medical staff, as well as a clinician from the Addiction Resource Center.

The participants would have to dedicate three hours a day, five days a week, to the program.

Bailey is proposing to implement the program by July or August.

The jail board appointed Lincoln County Sheriff Todd Brackett and Sagadahoc County Sheriff Joel Merry to look into the medication-assisted treatment program, along with other funding options available to the jail, and report back at the special meeting Wednesday, June 12. Other business will include a review of the draft 2019-2020 budget.