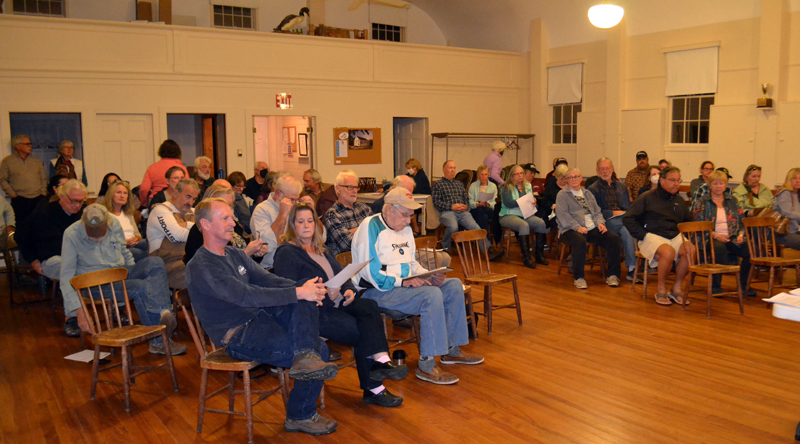 The Westport Island Select Board’s meeting Monday, Sept. 26, may have set an attendance record as 54 island residents came out in support of the town’s former road commissioner. Expecting a large turnout, the board changed the meeting venue from the usual town office to the historic town hall.

Public interest largely concerned the resignation of the long-time Westport Island Road Commissioner Garry Cromwell. Cromwell tendered his resignation Sept. 12, effective immediately. He had served as the town road commissioner since 1993, and was re-elected to a three-year term in June.

On Monday night, two of the three members of the select board, Chair Jeff Tarbox and Donna Curry, fielded questions from the citizens for about an hour and half on the subject. Board member Ross Norton was unable to attend due to a work commitment.

Cromwell resigned after the select board requested he submit a plan for work he planned to do and the estimated cost of the project before the work was done in an attempt to better manage the road commissioner’s maintenance budget. 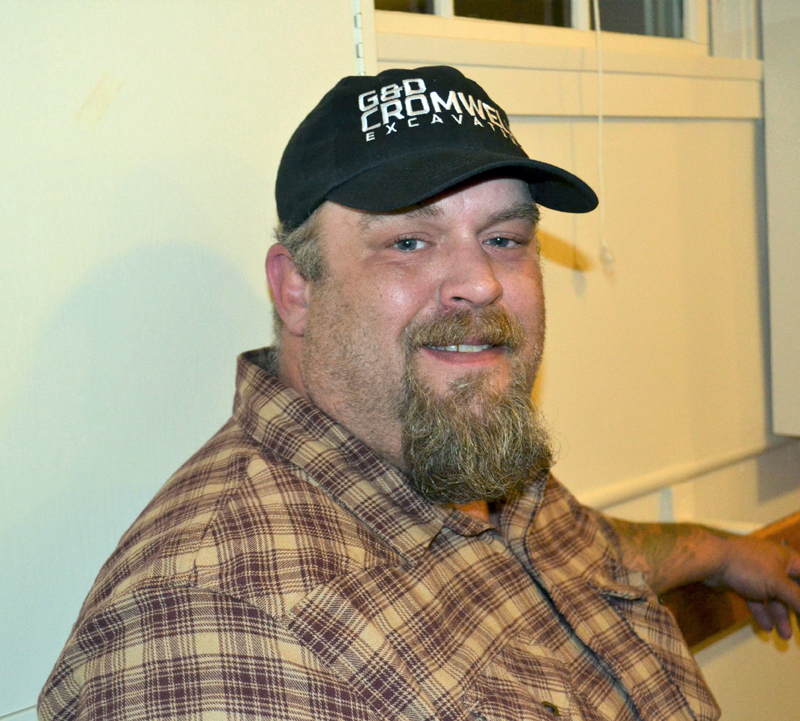 Monday night, the board was asked why they needed a plan when a plan had not been requested by prior select boards. Tarbox said the road commissioner’s road maintenance budget has been overdrawn for the past few years. At the annual town meeting in June, the road commissioner’s maintenance budget was increased by $18,000, rising to $120,000, he said.

Several citizens praised the work Garry Cromwell has done on the town roads for years, and expressed concern with his resignation.

Mark Cromwell, Garry’s son, explained his father had submitted a plan on work he planned to do, but did not include a cost estimate. He said it is very hard to come up with an estimate on road maintenance because unplanned things can always crop up during a project. He also offered the services of G&D Cromwell to the town during the interim period.

Resident John Henderson reminded the residents Garry Cromwell had resigned, and the town needed to come together and move on. “That is who we are,” he said.

Tarbox told the citizens he sincerely regrets Garry Cromwell’s resignation. Cromwell did a good job for the town for many years, and he will be missed, Tarbox said.

In a telephone interview Tuesday, Tarbox said he was uncertain if a special town meeting would be called before the annual town meeting.

Because the interim road commissioner has no equipment, James Cromwell has agreed to accept the position without a stipend, Tarbox said. The road commissioner’s budget will be used for work done on the roads only.

James Cromwell has served on the town’s road committee for several years, and has led two phases of the town’s paving projects. He is currently employed by Griffin Construction, in Edgecomb. “We have complete confidence in his ability to do the job.” Tarbox said.

The total attendance at the selectmen’s meeting, Sept. 26, was 59, which includes 3 non-residents and two babies.

“I am very proud of the way the townspeople handled a very difficult situation in last night’s meeting with respect to the select board and respect for each other’s opinion,” Tarbox said, Sept. 27. 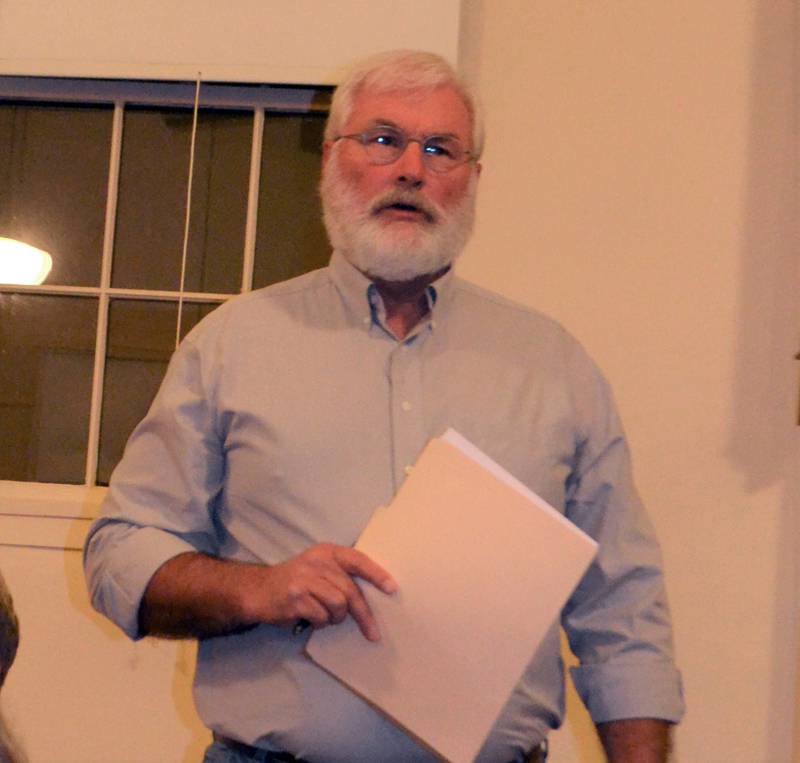 Following an executive session the select board announced the town will work to set up a firewood donation program. The program will include the collection of firewood by volunteers from island properties where there is thinning of trees or blow down from storms. The plan is to collect, store and season the wood for those who are in need of wood for fuel.

Plans for the donated wood include a future storage location near the town’s sand and salt shed on Fowles Point Road.

The select board received the resignation of Roger Higgins as the town’s EMA director, and Gaye Wagner as deputy EMA director.