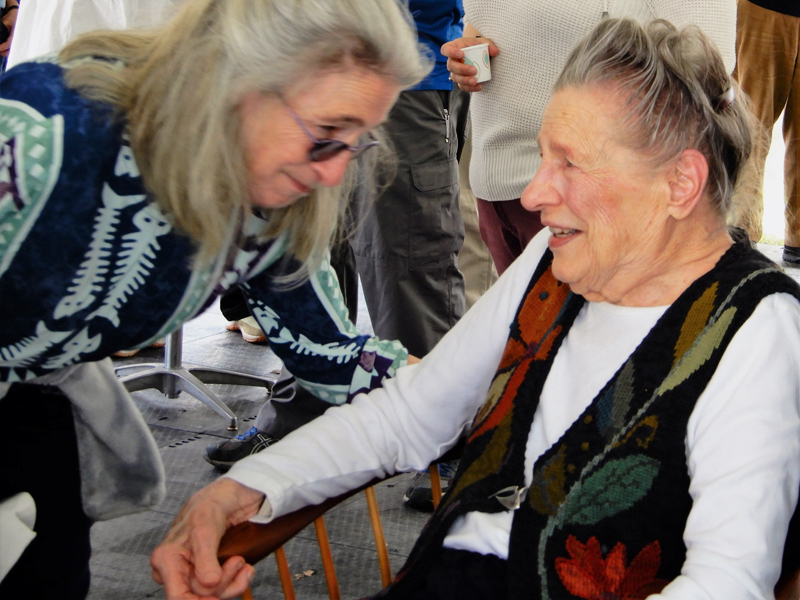 Westport Island artist Jerry Day Mason celebrated her 100th birthday with about 150 guests at her home May 4.

Mason’s family had planned a surprise party, though Mason soon caught on.

“I knew something was going on when the children began to filter in,” she said in a phone interview Monday, May 13. “I had no idea it would be as big as it was. It was wonderful to see everyone.”

Mason was born May 4, 1919 in Boston and spent part of every year in Maine during her childhood. She graduated from Oberlin College in Ohio in 1940 and later studied at Leiden University in the Netherlands and Cranbrook Academy of Art in Michigan.

Mason is an inspiration to many. During her 100 years, she has shared her talents as an artist, writer, actress, and teacher.

During World War II, she held a C. Law Watkins Fellowship at the Phillips Memorial Art Gallery in Washington, D.C. The gallery now owns five of her paintings. 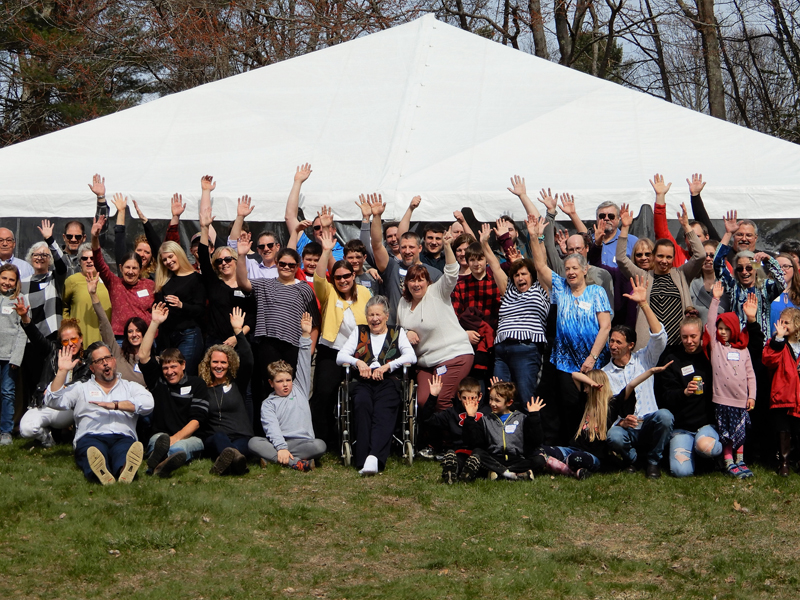 After the war, her paintings were shown in various New England museums and at the Weyhe Gallery in New York.

She and her husband, F. Dike Mason, retired to Westport Island in 1979 from Salem, Mass. Dike, a combat veteran of World War II, died in 1994.

Locally, Mason’s work has been shown at the Chocolate Church Art Gallery and the West Island Gallery in Bath. She has participated in the 10×10 Art Exhibit and Sale in Brunswick to benefit elementary arts education.

Mason has also been involved in the theater, with leading roles in
“Auntie Mame,” “Golden Pond,” “Close Ties,” and many other plays. Several years ago she wrote a book, “Speaking to Strangers,” which includes her poems and reproductions of her paintings.

“I haven’t been painting for a while, but if I am going to stay around a little longer, I think I will pick up a brush and start painting again,” she said after her birthday.

Westport Island is a special place for Mason, a connection reflected in her paintings and her poems. She, in turn, is special to residents of the island.

Gaye Wagner, deputy town clerk and a member of the town’s history committee, said: “She is a beautiful lady and she will always be a beautiful part of our history.”

If Mason has her way, she will continue to make history for her many friends on the island to remember, maybe even with another painting.