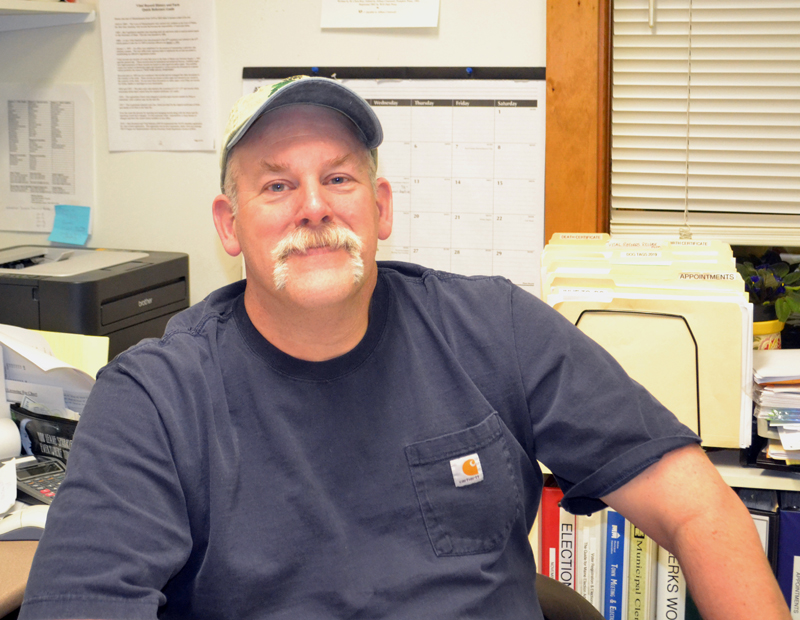 Hutchison discussed his first year in the role during a recent interview.

Hutchison’s first day as chief was Feb. 1. A six-year member of the department, he took over for Robert Mooney, who resigned after 11 years as chief and 25 years with the department.

“Fighting fires is the easy part of the job compared to the administration … I have to admit it is a bigger job than I had anticipated, but if I had it to do over, I would do it again,” Hutchison said.

He said he is proud of members’ dedication to the department. He expressed appreciation for their support, as well as the support of residents and of the town.

Hutchison is the town’s sixth fire chief since the establishment of the volunteer fire department in 1955 under the late Paul Hodgdon.

For over 60 years, the department’s firefighters and first responders were unpaid.

As one of his first acts as chief, Hutchison asked voters to add $16,000 to the department’s budget to cover annual $1,000 stipends for members who meet certain requirements.

The voters approved the request at town meeting June 18, 2018 and doubled the department’s training budget from $1,000 to $2,000, showing their support for the department.

Hutchison said he thinks the stipends have helped with recruitment and retention. The department has two new members, bringing its total number of firefighters to 14. Four are emergency medical technicians.

Hutchison said he requested the stipends to encourage membership in the department due to the commitment it involves. Just to gain certification as a firefighter, a member must meet requirements set by the Maine Bureau of Labor Standards and the National Fire Protection Association.

“We are a small department in a small town, operating with volunteers, and we are held to the same standards of training and certifications as a large department with paid firefighters,” Hutchison said.

In addition to being fire chief, Hutchison is a 12-year supervisor at Bath Iron Works, responsible for hiring shipfitters and general laborers.

He and his wife, Melanie, have been married just over 25 years.