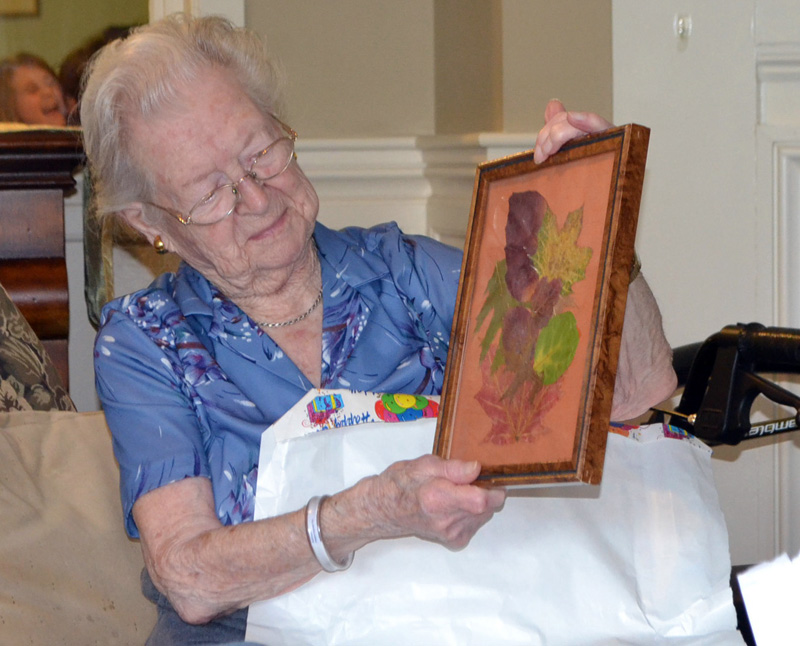 Elizabeth “Betty” Pierce couldn’t understand what all the fuss was about on her 100th birthday Sept. 26. After all, she has celebrated many birthdays, and being 100 years old was no big deal, just one year older. She even asked her daughter not to make a big deal of it.

Although she requested a low-key affair, she was a very gracious hostess to the family and friends who gathered to celebrate her birthday at Chase Point Assisted Living in Damariscotta, where she has lived since January.

The town of Westport Island, where she lived from 1974 until coming to Chase Point, presented Pierce with its Boston Post Cane. First Selectman George Richardson Jr. also presented her with a dozen roses, a box of chocolates, and a hug on behalf of the town.

Upon being presented the cane, Pierce said, “Oh, my goodness, thank you very, very, very much.”

She also received a special gift from Jean McAlice, a fellow resident of Chase Point, who made a framed fall leaf collage for her.

Pierce said she and McAlice often sit at the same table at dinner. They talk about everything except themselves. “We don’t often talk about ourselves. But if someone does want to talk about themselves, we listen,” she said. 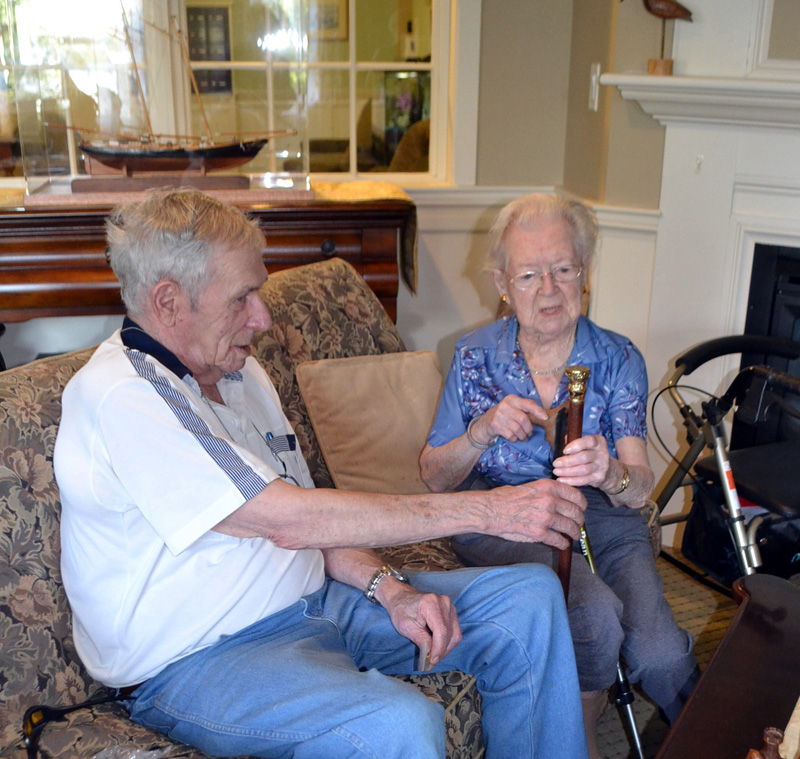 When Pierce asked who was responsible for the event, her daughter, Susan, not wanting to be blamed, pointed to Richardson. Pierce said, in an authoritative voice, “George, I am going to have a word with you about this.” Her tone brought laughter from her guests.

On how it feels to have lived for 100 years, she said, “I don’t have time to think about getting old. I am too busy for that. I am just glad I am still here.”

She was asked how old would she guess herself to be if she didn’t know how old she was. After some thought, she said, “I retired from nursing when I was around 70. I don’t feel much different than I did then.” She indeed doesn’t appear to be more than 70 years old.

Pierce met her husband, Bruce, at Naval Station Argentia in Newfoundland, Canada. She was a nurse at the base hospital, and Bruce was there on business as an insurance safety inspector. 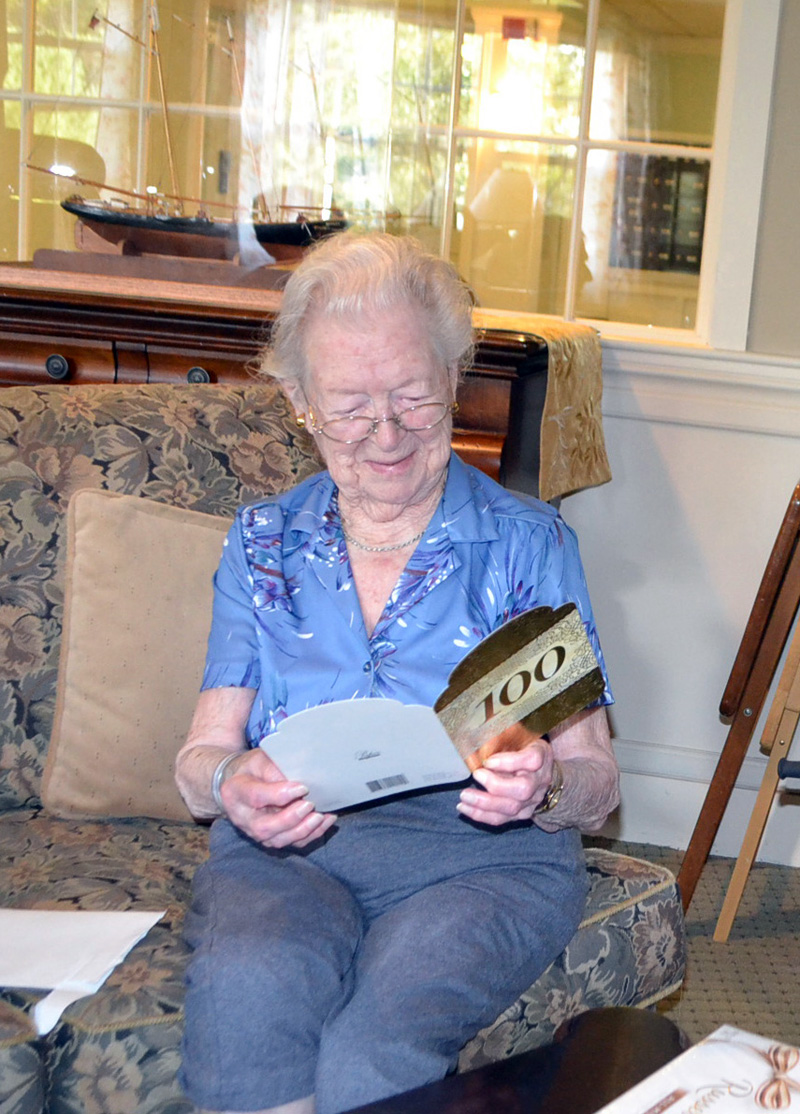 Bruce served in the U.S. Navy as a radio operator on the USS Lexington and USS Wright. After his honorable discharge in 1935, he joined the Aetna Casualty & Surety Co., where he worked as a registered professional safety engineer.

Bruce and Betty were married Feb. 25, 1942 in St John’s, Newfoundland. They had one daughter, Susan, who married John DeMella and had two sons, Matthew and Jonathan. The family has since grown to include Matthew’s wife, Miranda; Jonathan’s wife, Jennifer; and four great-grandchildren.

After retiring in 1974, Bruce and Betty moved to Westport Island and built a home on property that had been in the family for generations. The Pierce family was among the town’s earliest settlers in the early 1800s.

Bruce passed away in 2006. Betty stayed on the homestead until January.

Susan said her mother is a woman of many talents who, while retired from being a nurse, has not stopped caring for others. She credited her mother’s longevity to being very active.

“She has never stopped. She believes it is not a good thing not to be active,” Susan said. Betty has been a friend and a mentor to many through her life, and still is at 100 years old.

Betty thanked everyone for coming to her celebration and wished for them that they would also celebrate a 100th birthday someday.

Betty is the second recipient of Westport Island’s Boston Post Cane. The first was presented to Vera Cleaves on her 100th birthday, May 4, 2014. Cleaves held the honor of being the oldest resident until she passed away on Jan. 23 of this year.