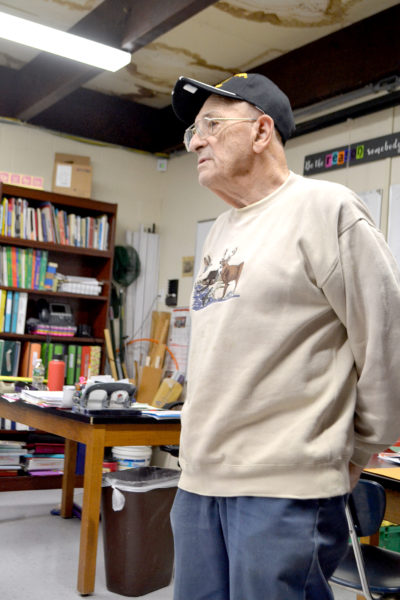 World War II veteran Donald Gould talks about his experience in the U.S. Army during a visit to students in grades six through eight at Whitefield Elementary School. (Charlotte Boynton photo)

World War II veteran Donald Gould, of Whitefield, with about 45-50 other veterans, departed on an Honor Flight to Washington, D.C. the morning of Friday, Oct. 27. The day before, Whitefield Elementary School students and staff surprised the U.S. Army vet with a special assembly to honor his service.

Whitefield Elementary science teacher Karen McCormick invited Gould to speak to her students in grades six through eight about his time in the military. When he arrived, he was not aware of the special assembly or other surprises waiting for him.

McCormick introduced Gould to the students, telling them he was born and raised in Whitefield and has never lived anywhere else.

During the classroom presentation, Gould told the students that after basic training, the Army sent him overseas and he became a prison guard, after World War II, in a prison that housed both American and German prisoners in different barracks. He told a story about how he helped move several hundred prisoners from a prison near Rome, in 1945, to a prison in Germany. During the move, about 15 prisoners escaped, but were quickly recaptured.

Gould passed photos of his military days to the students. After his brief presentation, the students asked some questions. One student asked if he volunteered or was drafted – he was drafted – and another asked about the food in the prison, which he said was good.

Gould was also asked how the German people treated the Americans. “They treated us fine. They were glad we were there,” he said. He told the students that in his opinion, during World War II, the German people had no choice. They could either fight and take a chance of getting shot, or choose not to fight and get shot in the back by the Nazis.

After his brief presentation in the classroom, McCormick told him there was about to be an assembly in his honor. 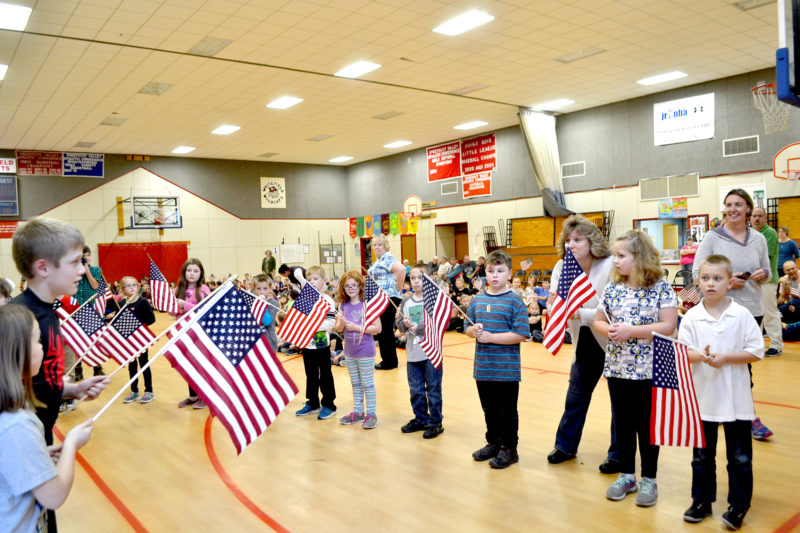 Gould walked into the Whitefield gymnasium to the music of “God Bless the U.S.A.” and under an arch of American flags held by Whitefield students. Other students and staff waved American flags and gave Gould a standing ovation.

Gould was escorted to the stage with his son, Dennis, who would accompany him on the trip to Washington, for presentations from the students.

The first student presented father and son with shirts reading “Whitefield’s finest” on the front.  Other gifts from students included a backpack, a bottle of water (in case the water was not good to drink in D.C., the student said), a bottle of Moxie, and a Rubik’s cube for something to do on the plane. 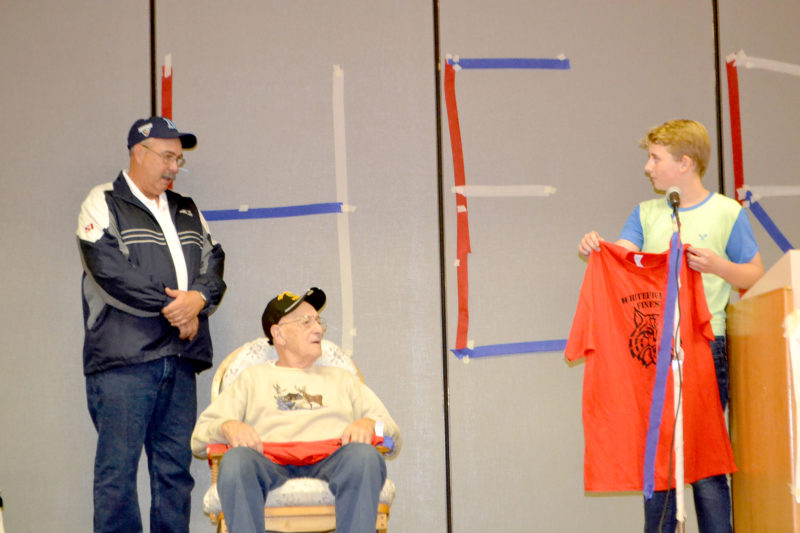 In addition to the individual presentations, students from all classes, K-8, presented Gould with cards they had made for him.

Throughout the ceremony, Gould could be seen wiping tears from his eyes, between the smiles brought on by the students’ presentations and the display of patriotism by the students and staff. 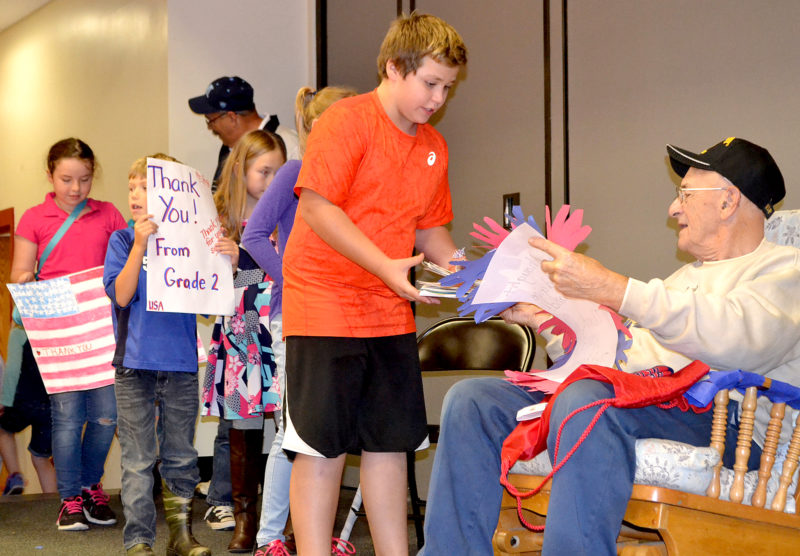 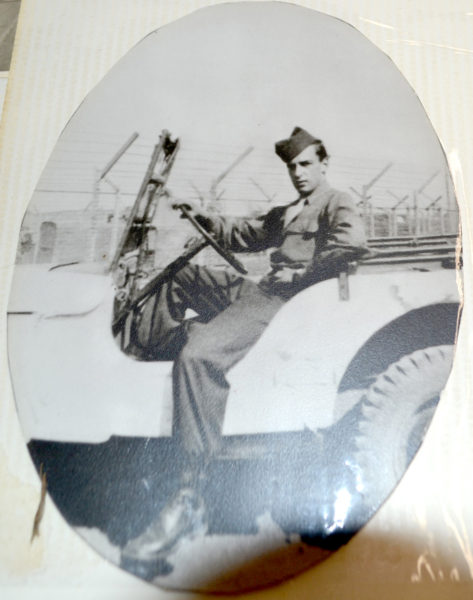 Donald Gould, of Whitefield, during his time as a prison guard in Germany in 1945. (Charlotte Boynton photo)