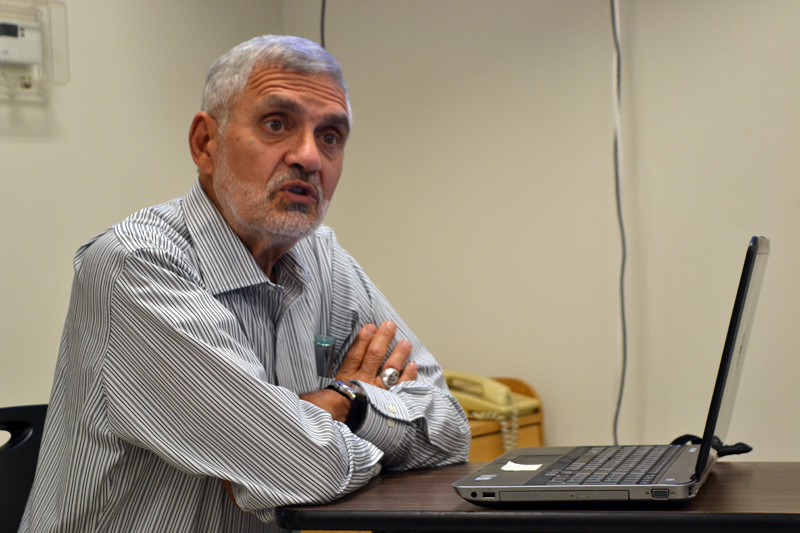 Lincoln County Planner Robert Faunce gave a presentation on senior housing, multiple-family housing, and open-space subdivisions during a work session of the Whitefield Planning Board on Wednesday, Oct. 18.

Faunce introduced his PowerPoint presentation as “a nonzoning presentation” aimed at offering options for creating cluster-type housing developments in Whitefield.

“You’re not doing a comprehensive plan or a zoning ordinance now,” Faunce said to the board. “What can you do in lieu of that? You don’t have to do any of this stuff, but I think it’s worth discussing.”

Faunce began his presentation by referencing the language in the city of Gardiner’s comprehensive plan: “Encourage the development of elder care and retirement housing. The city has an aging population and a limited supply of housing and care facilities that cater to the needs of older residents.

“This type of housing offers the potential to expand the tax base while creating limited demand on city services. The city should create a regulatory environment that encourages the construction of new housing designed for senior citizens such as retirement communities and eldercare facilities.”

Faunce said the situation in Whitefield, which has a significant number of residents “aging out of their homes” who lack housing alternatives that would allow them to stay in the community – is “not that much different” from the Gardiner scenario.

“Just substitute the word ‘town’ for ‘city,’” he said. “People aging out of their homes don’t want to leave Whitefield.”

One solution to this issue and to the lack of multiple-family housing in Whitefield, Faunce said, would be to create open-space subdivisions, a “slightly different creature” than traditional cluster housing that might be more in keeping with preserving the environment of a rural area.

An open-space subdivision ordinance, according to Faunce, “allows the planning board to offer substantial incentives to a property owner in exchange for the preservation of open space.” This type of land use ordinance allows for a “significant reduction in minimum lot size (to as little as a half-acre in areas without public sewer service), significant reduction in frontage (to zero in some cases), (and) reduction in road standards.” But it designates an amount of open space within the subdivision that is “subject to an easement or restriction prohibiting it from being developed.”

The town of Waldoboro embraces the creation of open-space subdivisions in its land use ordinance, Faunce said.

According to the Waldoboro Land Use Ordinance, “It is the policy of the town of Waldoboro to encourage the use of open-space subdivisions in order to preserve a sense of space, provide for sustainable agriculture and forestry as well as recreational land, and harmonize new development with the traditional open, wooded, agricultural, rural, and village landscapes of the town.”

Currently, the town of Whitefield requires a minimum lot size of 1 1/2 acres per dwelling. An open-space subdivision would allow for a significant reduction in lot sizes. “Putting 20 units on 30 acres of likely productive land – is that a wise use of land?” he said. 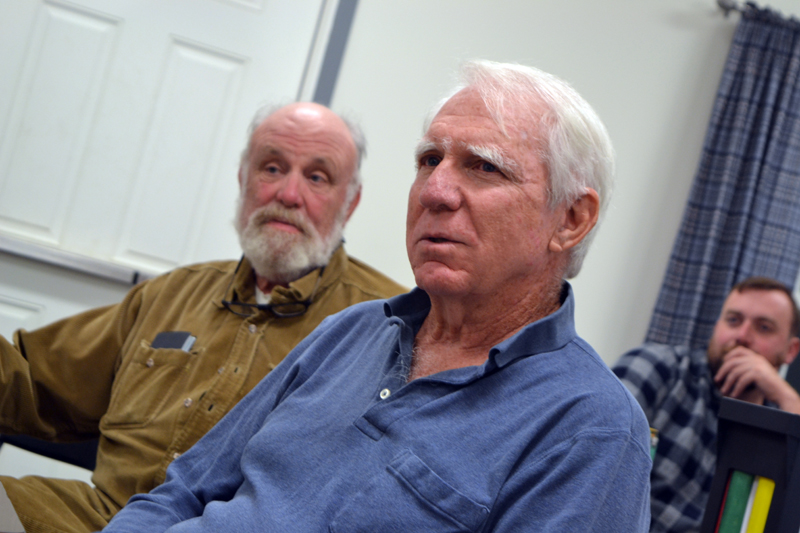 The open space in an open-space subdivision “can include timber or agricultural land, important plant or animal habitats, attractive roadscapes, wetlands, (and) shoreland” and “can be owned by a homeowners association, land trust, the municipality, a third party, or the current property owner,” Faunce said.

“If the open space consists of farmland, the farmer can continue to own and farm it, subject to the prohibition of any future development on it,” he said. “This has the advantage of reducing pressure to liquidate agricultural land and also lowering the financial threshold young farmers face in getting started in the business.”

Faunce mentioned a 25-unit senior housing project on 2 acres of land in Turner that he helped develop, which prompted Torbert to voice a question about the septic system for such a housing project.

“It would be tight,” said Angell. “You would have setback issues. You’re talking putting the system underneath the parking lot.”

In an open-space subdivision, however, the developer can place the septic systems and wells in the designated open space, Faunce said.

“Because the open space will never be developed, it can be used for septic systems,” he said, adding that “lots do not have to support both a well and a septic system, allowing the subdivision designer more flexibility in siting lots and roads and preserving the most important, or most fragile, areas on the property.”

Open-space subdivisions also allow for septic systems to be situated on “soils most suited to them, rather than artificially constraining them to lots that are limited by local size and frontage requirements,” Faunce said.

Toward the end of his presentation, Faunce reminded the planning board members that they could keep the current 1 1/2-acre lot-size requirement and adopt an open-space subdivision ordinance at the same time.

“None of that requires zoning,” he said. “It’s within your ability now.”

Torbert said he thinks open-space subdivisions are an option “well worth exploring.”

“We have to find out if the town wants any sort of multi-family housing at all, or just senior housing,” Sheehy said, adding that something likely needs to be done “before there’s development pressure.”

“There seems to be a lot of construction,” said Sheehy, “but that may just be because the Amish have come to town, I don’t know. I am concerned about shaping development before it comes along.”

The board should be “proactive rather than reactive,” Torbert said.