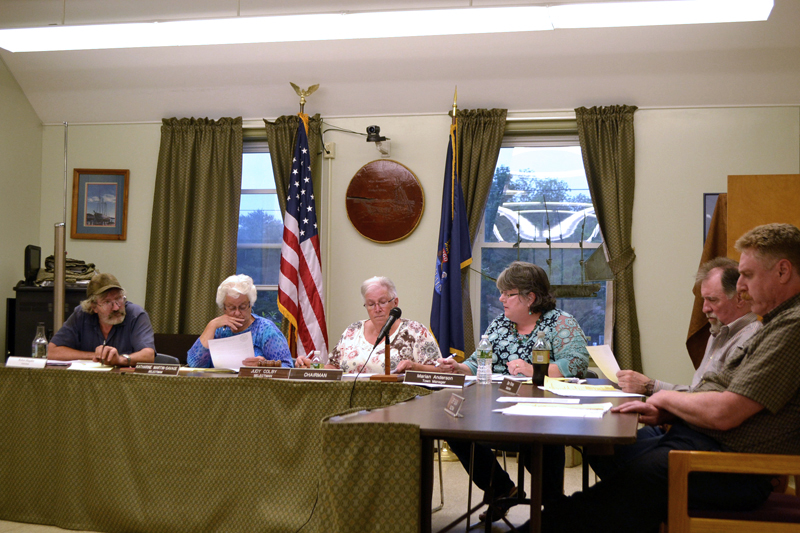 The Wiscasset Board of Selectmen voted 4-1 to give the Wiscasset Police Department authority over the positions of harbor master and shellfish warden and voted 3-0-2 to authorize the town manager to sign a contract to provide ambulance service to the town of Dresden on Tuesday, June 27.

The shellfish warden has issued only five citations in the last three years, according to Lange.

According to Lange, the changes will take effect Saturday, July 1.

Before voting to authorize the town manager to sign a contract to have the Wiscasset Ambulance Service cover the town of Dresden, the selectmen discussed the contract and expressed concern that Wiscasset will be responsible for Dresden residents’ unpaid bills.

Wiscasset also has contracts with Edgecomb and Westport Island and covers unpaid bills in those towns. However, providing ambulance service to other towns also brings in revenue for the town.

Selectmen Robert Blagden and Katharine Martin Savage abstained from the vote to authorize the town manager to sign the contract.

The selectmen instructed Town Manager Marian Anderson to draft a letter to the Maine Department of Transportation withdrawing the town’s support for the so-called Option 2 downtown traffic project.

Anderson said a vote June 13 did not reject the project, it rejected certain changes DOT has made to the project.

According to the referendum language, the changes included: “(a) proceeding with the project without federal funding; (b) noncomplying with federal Section 106 historic preservation standards; (c) imposing on the town the cost of project amenities, upgrades, and maintenance; and (d) excluding from the project construction of a parking lot on the Creamery Pier.”

The townspeople voted 400-327 to reject the changes.

Selectman Judy Colby asked Anderson if she would include the vote in the letter to the DOT, and the town manager said she would.

The selectmen voted to authorize Public Works Director Doug Fowler and the town manager to review the bids and award the bid to the lowest qualified bidder.

The town manager reported on the year-to-date financials as of June 23. She told the board the town has spent 98 percent of the 2016-2017 budget, which is about right with a week to go before the end of the fiscal year Friday, June 30. She said the town office would close at noon Friday to close the books for the fiscal year.

Anderson said she has been asked about moving the polls from the community center back to the municipal building. The selectmen were in favor of the move, but want to discuss it with the town clerk before making a final decision.

The town manager gave the selectmen information about the process to repeal the Wiscasset Historic Preservation Ordinance and a copy of the town’s policy on correspondence addressed to the selectmen.