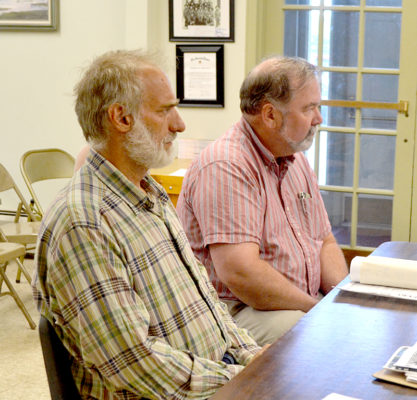 The Wiscasset Planning Board, at its meeting Monday, July 11, approved an application from Coastal Enterprises Inc., which owns Deer Ridge Apartments, to install six additional solar panels at the site.

CEI representative John Egan told the planning board that three panels installed in 2013 have provided one-third of the electricity used at the development, which has reduced its operating costs. The rent paid by tenants of the housing development includes utilities, which gives the owners incentive to continue lowering the operating costs.

With the additional six solar panels installed at the site, it is anticipated that the solar panels will generate as much power as the apartments consume, according to Egan. The development will reach “net zero energy,” meaning the total energy the development uses will be equal to the amount of renewable energy created on site by the solar panels.

The solar panels at Deer Ridge are performing just as expected, Egan said.

The planning board unanimously approved CEI’s application for the project. According to Chairman Raymond Soule, the project does not need further review or a public hearing because it is less than 2,500 square feet.

According to Egan, CEI has owned Deer Ridge since 2004.