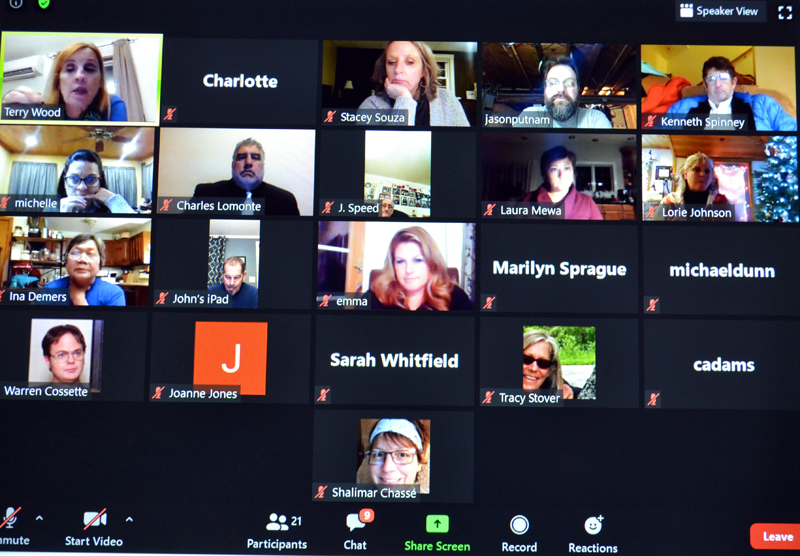 The Wiscasset School Committee voted, during a Zoom meeting Tuesday, Dec. 8, to name the upper field at Wiscasset Middle High School after Jeffrey Speed, who will retire in February 2021 after 46 years of service to Wiscasset schools.

WMHS Assistant Principal and Athletic Director Warren Cossette made the request to the school committee. Cossette said Speed became an employee of the Wiscasset School Department in 1974 and graduated from Wiscasset High School in 1975. He started out as a bus driver and became the head custodian of the school. His duties included taking care of the athletic fields for many years.

Speed was present at the Zoom meeting. Asked if he wanted to say anything, he was brief. “I will accept it,” he said of the field’s renaming. “I have seen a lot of changes,” he added with a big smile.

WMHS Principal Charles Lomonte said he was thankful for the opportunity to work with Speed. Director of Maintenance and Transportation John Merry said he had known Speed since he was a young boy and Speed will be missed by many.

Superintendent Terry Wood said she has dedicated much of her time to ensuring the safety and welfare of all students and staff, and preparing for the three classifications in the state’s color-coded system — green, yellow, and red.

Wood said she had sent a survey to parents asking if they would like their children to attend school four days a week after the holiday break. Just a day after sending out the survey she received 87 responses, with 77% of the parents saying yes.

Wiscasset started the year under a hybrid model, with students participating in two days of in-person instruction and three days of distance learning per week.

In order to bring more students back to school, Wood is working to ensure there is space available to comply with COVID-19 guidelines for classroom occupancy.

Merry said he is down two full-time bus drivers and could be down by a third in February 2021.

He has advertised the positions, but has not received any applications. “I am very concerned and wanted you to be aware of this,” he told the committee.

The committee accepted the resignation of Danielle Senecal, a part-time social worker, and authorized Wood to dispose of an unused piano.

The school committee went into executive session to discuss the superintendent’s evaluation.

The next school committee meeting is scheduled for Jan. 12.