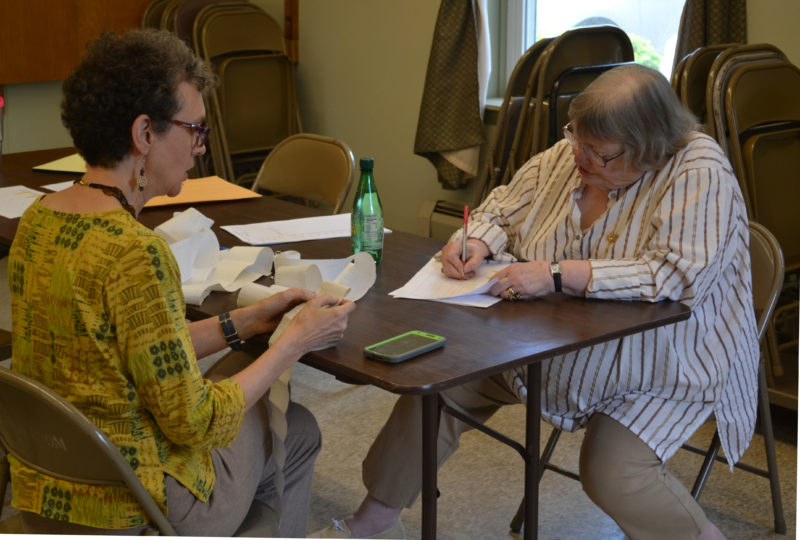 There were minor variations in two warrant articles following a recount of Wiscasset’s annual town meeting by referendum on Thursday, June 22, but the results remained the same.

Wiscasset Election Warden Susan Blagden scheduled the recount after receiving a legal opinion from the Maine Municipal Association, which stated Maine law was violated during the election because ballots were counted behind closed doors.

The only portion of the election that occurred behind closed doors without the public present was when the tapes were tallied and the absentee ballots were counted, Blagden said.

Election clerks and Blagden gathered at town office on Thursday to retally the election tapes and recount the absentee ballots.

The results of warrant article 23, which asked to raise and appropriate $61,452 for municipal building maintenance, differed after the second count. The original results were recorded as 512-314. The results after the Thursday count were 512-214.

The results of warrant article 30, which asked to raise and appropriate $27,247 for the office of the board of selectmen, also differed. The original results were recorded as 448-226. The results after the Thursday count were 448-266.

Despite the variations in the numbers, both warrant articles passed. Voters rejected four warrant articles at the annual town meeting by referendum on June 13 – the planning department budget, the school department’s proposed energy project, and two requests from social service organizations.

Voters also approved a warrant article introduced by citizen’s petition that asked voters to reject the changes made the Maine Department of Transportation project. There was no variation in the results of those warrant articles. A total of 764 voters cast ballots at Wiscasset’s annual town meeting.

Closing the doors to the public on election night “was a mistake,” Blagden said. “I want to thank the ballot clerks for coming in on a beautiful summer day for a retally that no one asked for.”