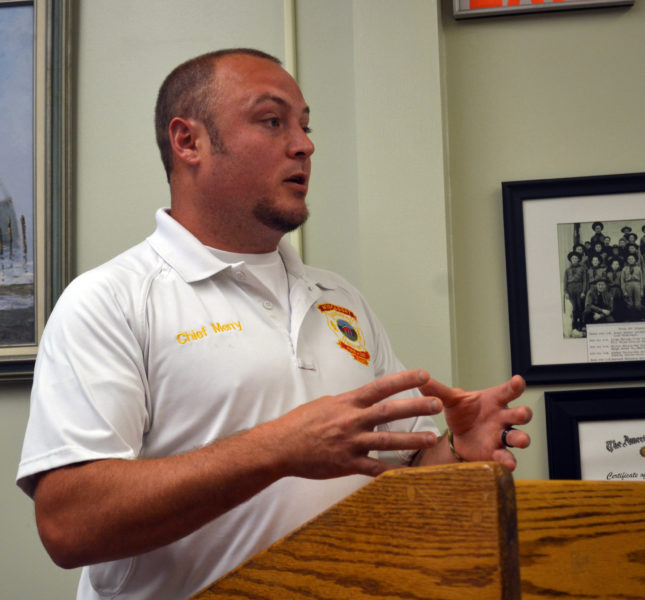 Wiscasset Fire Chief T.J. Merry has been removed from his position for his handling of the Huber’s Market training burn Aug. 4.

Merry defended his actions in a phone interview and said he wants to stay on the job.

“I thought I had all the necessary permits. Apparently there are new policies and procedures that I was not aware of,” Merry said. “This is certainly a learning curve for me.”

O’Connell removed Merry on Wednesday, Sept. 4 and informed the members of the fire department in the memo, which Deputy Chief John Merry was to read at the department’s meeting Wednesday night.

The training exercise did not follow Maine Fire Service Institute policy, according to the memo. A division of Southern Maine Community College, the institute oversees firefighter training in Maine.

“As Fire Chief, T.J. bears the responsibility for any deficiencies,” O’Connell said in the memo.

“I have been fire chief for six years and this is the first offense I have been accused of,” he said. “I never want to stop doing my job.”

Merry has requested a meeting with the Wiscasset Board of Selectmen in executive session.

A Wiscasset ordinance calls for the town manager to appoint the fire chief after the annual town meeting. The chief “shall hold office during the Town Manager’s pleasure” beginning July 1 and for up to a year, according to the ordinance.

Despite the ordinance, the membership of the department has elected a chief and delivered its recommendation to the selectmen in recent years.

Merry remains a member of the department, according to O’Connell.

Peter Rines, a captain at the department in the mid-1990s, will serve as interim chief and, with the assistance of other members, will review and update department policies, procedures, and training files.

“The intention is to evaluate progress in these areas by mid-November 2019 to determine the optimum future direction of the department and its leadership,” O’Connell said in his memo.

Rines is the certification and curriculum program manager at the Maine Fire Service Institute, where he has worked since 2002.

O’Connell called Rines a respected and knowledgeable member of the Wiscasset Fire Department.

Rines joined the department in 1982 and was an active member from 1990-2000. He stepped down from the role of captain to become chief of the Wiscasset Ambulance Service. He is a state-certified firefighter I and II, driver-operator, and instructor.

“I plan to make no sweeping changes in the department,” Rines said in a brief interview. “My role as interim chief will be to review the training files (and) policies, to ensure everything is current and to make recommendations if there is a need.”

“The Wiscasset Fire Department is an integral part of the town and enjoys strong support from the voters at budget time,” O’Connell said in his memo. “The department is also fortunate to have dedicated firemen who have loyally served the town, in some cases for generations. A well-trained and effective department is essential for the welfare of the town and that is our goal.” 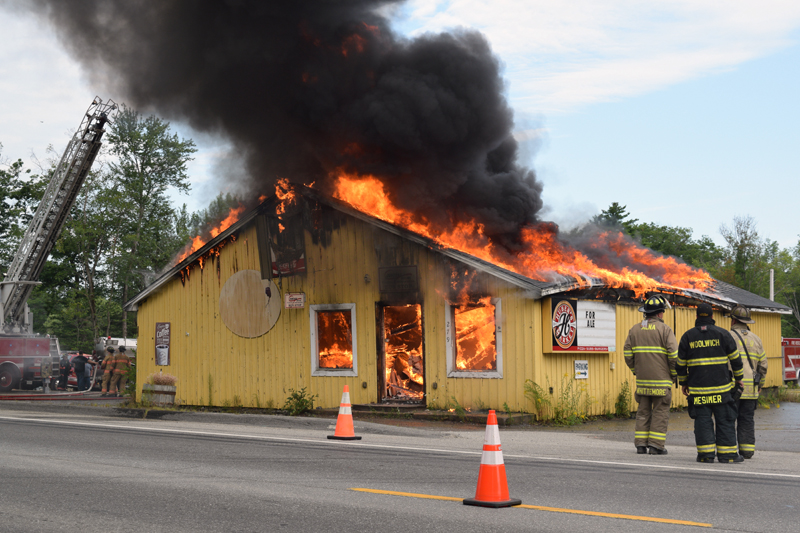 O’Connell placed Nick Merry on administrative leave and said he will remain on leave until the resolution of the case.

The Wiscasset Fire Department burned the former Huber’s Market on Route 1, with departments from four neighboring towns, beginning the morning of Sunday, Aug. 4. A developer was due to demolish the building as it prepares to build a Dollar General store.

At the time of the burn, T.J. Merry told The Lincoln County News the DEP had to approve it.

The DEP requires formal notification prior to the burning of any commercial building, according to O’Connell. One reason for the requirement is to ensure an inspection for asbestos.

The asbestos inspection was done for Huber’s, but the proper notification was not filed, O’Connell said. The DEP will often visit the site of a training burn to inspect it for materials that should be removed to prevent environmental harm and minimize health threats.

Eric Hamlin, of the DEP, told O’Connell in an email that the DEP was not notified of the Huber’s burn. He said he read about the burn in The Lincoln County News.

DEP officials, in response to inquiries from The Lincoln County News, provided a six-page notification form for training burns.

The DEP required the town to test ash from the burn for contaminated or hazardous materials. A test did not reveal any contaminants, according to O’Connell, and the ash can be disposed of in a standard landfill.

O’Connell said the town could face some liability for the burn. “We are hoping that DEP will be satisfied with town’s quick action,” he said.