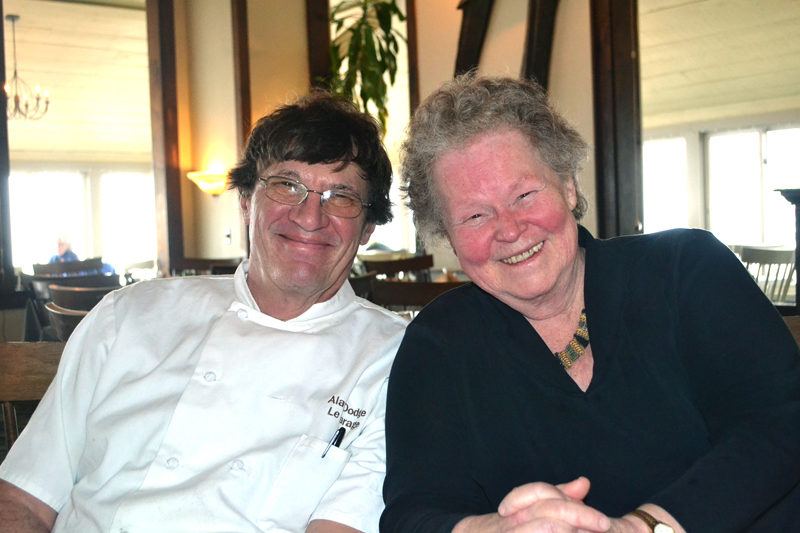 Le Garage owner Cheryl “Shep” Rust will receive the Maine Restaurant Association’s 2017 Bill Zoidis Lifetime Achievement Award during the association’s annual meeting at the Holiday Inn By the Bay in Portland on March 28.

In January, Greg Dugal, the association’s director of governmental affairs, visited Rust at Le Garage with a bottle of champagne and the news that she would be the recipient of the association’s highest award.

Rust said she was surprised, but grateful for the news. She has owned and operated Le Garage since 1977. During those 40 years, she has devoted herself not just to the restaurant, but also to the community and the state, volunteering many hours on various committees and nonprofit organizations. She has received recognition many times for her contributions.

During a recent interview with Rust, she shared some of her early memories of Maine. She was born in Lowell, Mass. Her mother, Charlotte, and father, William Rust, a World War II veteran, divorced after 15 years of marriage.

Her mother came to Damariscotta to work, bringing her young daughter along for the summer. During the summer season, Rust worked in the laundry room at Hotel Pemaquid for 75 cents an hour.

When Rust was a senior in high school, the old customs house, on Water Street, went up for auction. Because it was a federal building, the auction was held in Boston. Rust said she and her mother went to Boston to place a bid. According to Rust, there were seven bids for the building. Three bidders planned to use it for industrial storage. Her mother’s plan was for an art gallery and a private residence. Her mother won the auction with a $5,220 offer, about $2,000 more than the next highest bid.

The old customs house was renovated into a private residence on the second floor and an art gallery on the first floor. In later years, her mother married Crosby Hodgman and the couple founded the New Cargoes gift store at the site.

In 1974, the Hodgmans purchased the building across the street, Rines Garage, from the Rines family. The building later became Le Garage. The restaurant’s name is in recognition of the building’s use in the late 1920s as a blacksmith shop and later as an automobile-repair shop.

For about two years, the Hodgmans ran a sandwich shop on the site, serving lobster and crab rolls and Deering ice cream. The third year her folks decided to add crepes to the menu. Rust was in college at the time, but worked summers at the restaurant.

From 1968-1971, Rust attended Lesley College in Cambridge, Mass., earning a Bachelor of Science degree in education. From 1973-1975, she attended Oregon State University in Corvallis, Ore. for graduate studies in business administration. 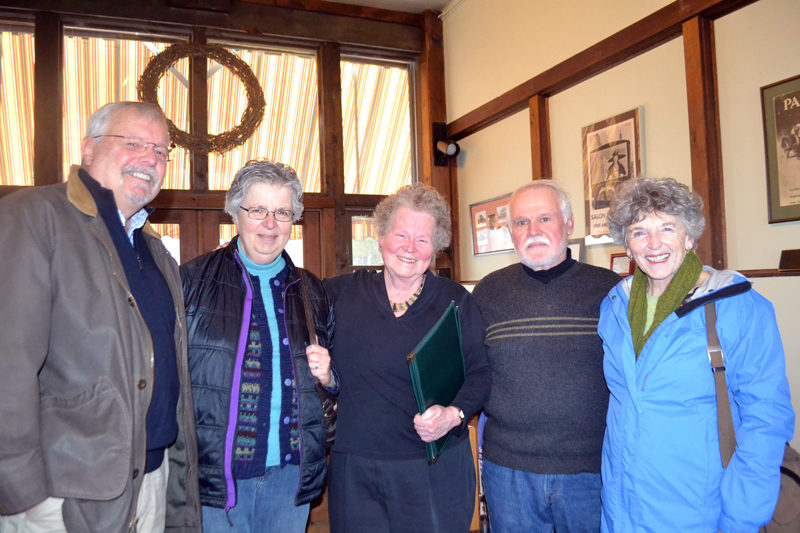 In 1975 she started work at Stop and Shop Companies, Bradlees Division, in Boston, as the soft goods (apparel) division manager, a position she held until 1977. That was the year her mother and stepfather asked her if she wanted to buy the restaurant. Rust said she gave them a very quick no, but soon changed her mind. She has never regretted the decision, she said.

The Dodge Inn, just across the bridge in Edgecomb, had closed, and Rust was in need of a chef. Al Dodge (no relation to the owners of the Dodge Inn) had worked at the inn. He was 19 years old and in need of a job. Rust hired him as her chef. Although he left Le Garage for a short period of time, he returned and is still her chef 40 years later.

Rust started out with eight employees in 1977. She currently has about 25 employees. The number grows during the summer months. She said her employees are her family, and most stay a long time. One, Barbara Wyman, has been with her for 36 years.

The food served at Le Garage is cooked and baked in house and, when possible, the ingredients are purchased locally. At the age of 94, Theresa Richardson retired as the head baker in 2004. Rust gave an elegy at the celebration of  Richardson’s life in 2005.

Rust has kept herself very busy volunteering in several areas over the years, and doesn’t show any signs of slowing down. Her current affiliations include organizations focusing on aging, mental health, and senior issues, as well as local and regional chambers of commerce.

Rust is also well-known for her generosity to local charities.

When visiting Le Garage for lunch or dinner, guests will find Rust there to greet and oftentimes to seat her guests.

Rust will join a long list of recipients of the association’s lifetime achievement award, including Laura Honey, a fixture at Boothbay Harbor’s Fisherman’s Wharf Inn for 50 years.