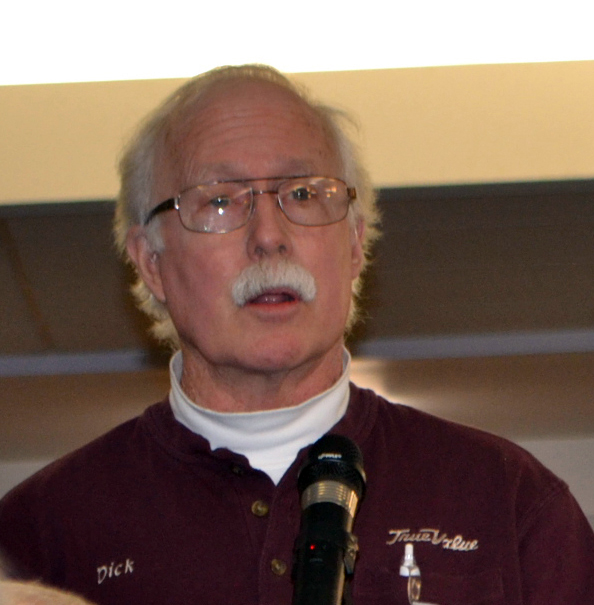 The Wiscasset Board of Selectmen, on Tuesday, Feb. 13, rejected a consent judgment negotiated by attorneys for the town and the Maine Department of Transportation to resolve the town’s lawsuit against the DOT.

Chair Judy Colby made a motion “to authorize the town attorneys, Peter L. Murray and John B. Shumadine, of Murray, Plumb & Murray, to execute the proposed consent judgment on behalf of the town and present that consent judgment to the Superior Court for approval in Town of Wiscasset v. Maine Department of Transportation.” Selectman Benjamin Rines Jr. seconded the motion.

After the motion, the floor was opened to public comment. First to the podium was James Kochan. “This is a very narrow slice of the entire project, it is not looking at the whole picture,” Kochan said. “We are a home-rule town.” He suggested that the selectmen table the motion and take more time to study the issue. 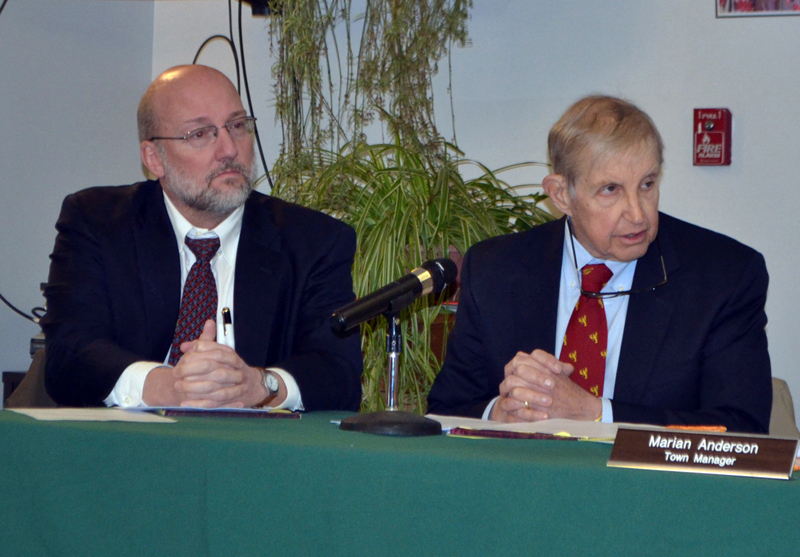 Attorneys John Shumadine (left) and Peter Murray field questions from the public during a special meeting of the Wiscasset Board of Selectmen at the Wiscasset Community Center on Tuesday, Feb. 13. (Charlotte Boynton photo)

William Sutter suggested that the voters should decide whether to approve the consent judgment. He said the town would get nothing in the agreement. He said it is not the town’s responsibility to maintain traffic lights, it is the DOT’s.

Sutter asked what the alternative would be if the town rejected the judgment.

Murray said the town could proceed with litigation for an injunction against the DOT project. “It would be a long battle with no guarantee of the outcome,” he said.

Pam Logan said, “We need to step back. We are getting nothing … We need to have a voice.”

Seaver Leslie said the eight parking spaces had been agreed on over a year ago. Now they are gone. “They are taking away the life blood of this community,” he said.

Dick Zieg said, “Perhaps I am the only person here in favor of the project. We are only part of Lincoln County. They are trying to help the whole state. We need to move forward in the 21st century.”

Former Selectman Judy Flanagan said, “I want you to know you are not the only person here that feels that way.”

Most of the people who spoke encouraged the selectmen to move forward with litigation against the DOT.

Selectman Katharine Martin-Savage said she would do everything she could to support the town’s businesses. 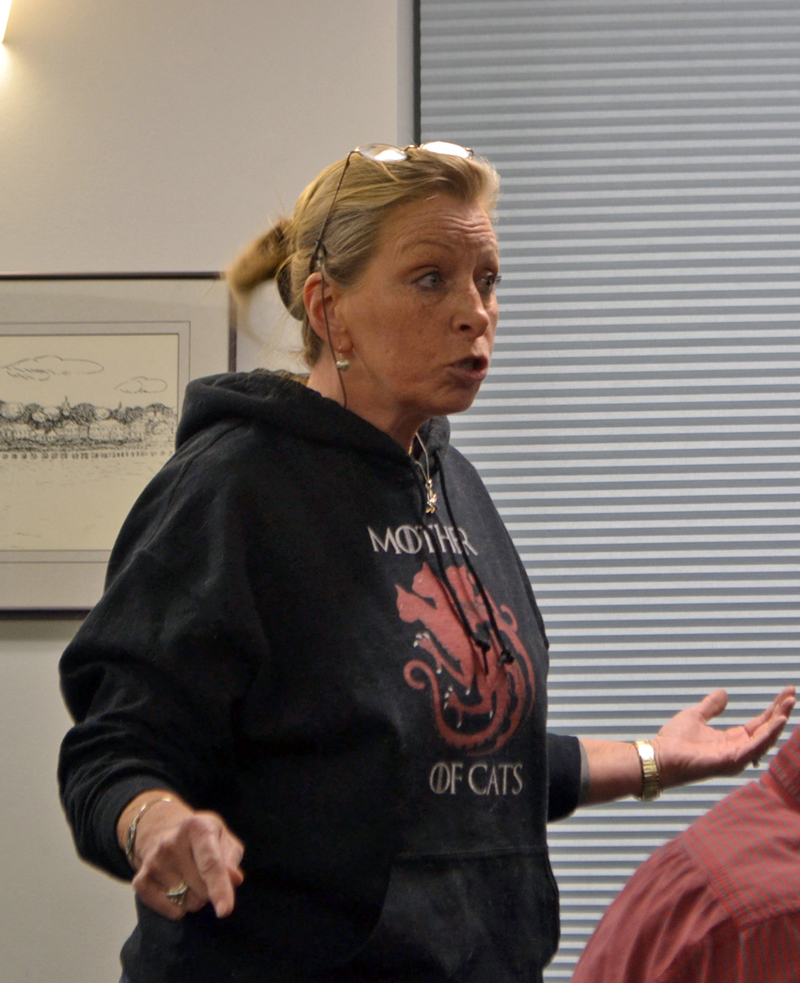 Selectman Robert Blagden expressed disappointment in the consent agreement, which he said would give the town next to nothing with little to no compromise.

Selectman Ben Rines said that before moving forward with litigation and accepting a $75,000 donation from a private donor, he would go before the voters with the question. “If they say yes, we will know they want to move forward with the litigation,” Rines said.

Selectman Judy Colby said, speaking for herself, she has been in favor of the Option 2 project. When the board voted to hire legal counsel to ask the DOT to comply with the town ordinance, she said she went in with an open mind.

Selectman Jefferson Slack did not make any public comment.

Murray was asked to explain why the selectmen have concerns about accepting private donations to pay for litigation.

Murray said it is not illegal for the town to accept private donations. However, when the donor has an interest in the outcome of the litigation, it creates concern, and he doesn’t know if the selectmen want to put themselves in that position.

Colby asked the board if it was ready to vote on the motion. The vote was taken and the motion failed, 3-2. Colby and Slack voted in favor of the consent agreement.

After the vote, Rines moved to hold a special town meeting and ask the voters whether the town should accept any and all donations for the purpose of litigation. The motion carried, 5-0.

Murray advised the selectmen to hold the town meeting as soon as possible.