Many Wiscasset residents know David Cronk as a worm dealer and digger who has been featured in Down East magazine, but he also has a stable of four horses, a pony, and now two foals, born July 5.

The Cronk household, which consists of Regina Martin, his significant other; and her three children, Margaret and twins Otto and Ophelia; was a busy place during the week of the Fourth of July, with two of his mares ready to foal.

Jannb and Katie were bred on the same day, by artificial insemination, from the same stallion. The family was nervous because neither David nor Regina had experience in the delivery of a foal, and they were about to deliver two at the same time. While the children were excited, it was also an anxious time for everyone. 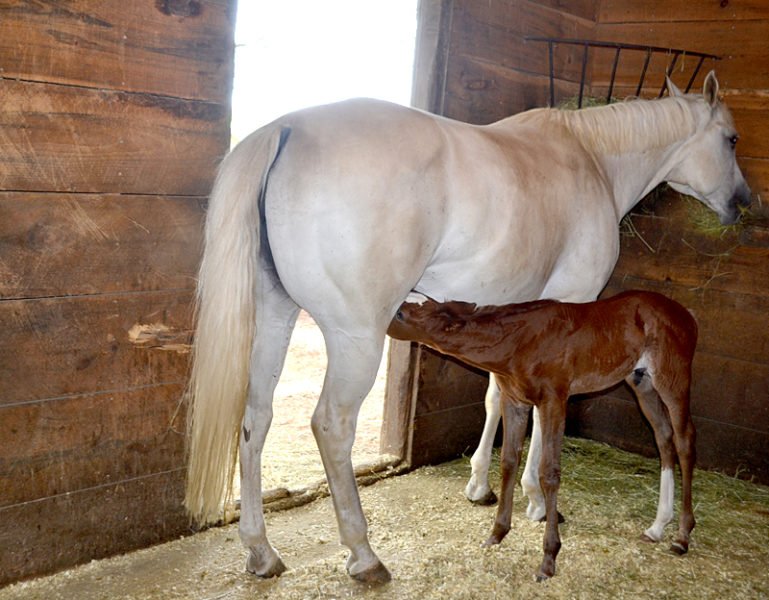 Jannb, a Scottish horse named after J&B Scottish whisky, is an 18-year-old quarter horse. Katie is a 19-year-old thoroughbred. The horses were each put into a private stall large enough to deliver their babies, each with a private, outdoor paddock for the foals and their mothers to exercise in.

In each stall, a camera was mounted so David and Regina could monitor the behavior of the expectant mothers.

David said he didn’t sleep for three nights because they were up every hour before the births, checking the camera to make sure everything was okay. During the deliveries, Regina said David kept squeezing her hand and was very nervous, like an expecting father. “It was such an exciting time for both of us,” Regina said.

It was the first delivery for both mares, and Cronk said he was not sure what to expect. Although both horses had been checked by their veterinarian to ensure they were healthy enough to give birth, David said he was still nervous for them. “Thank goodness everything went okay for both mares,” he said. 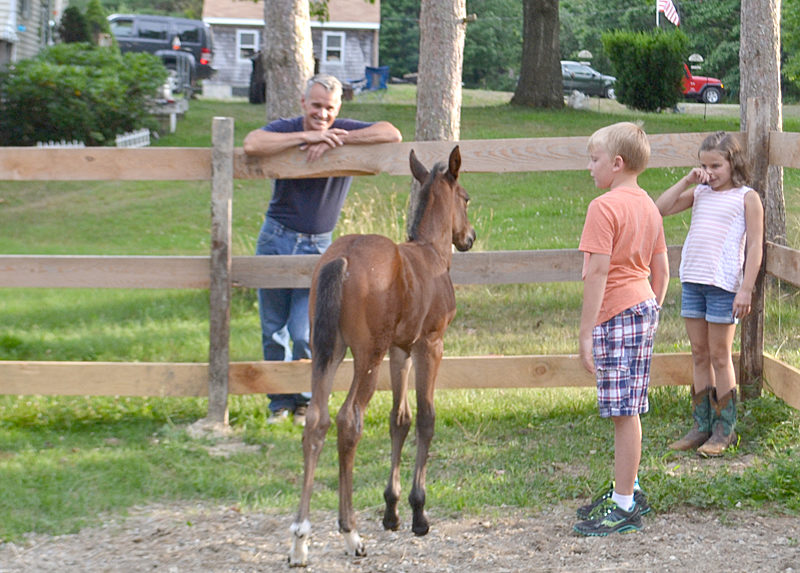 “We were hoping for two males, and that was what we got,” Cronk said. “It was really nerve-racking, but it was worth every minute of it to see these little guys be born.”

The new arrivals, although they have different mothers, have the same father, making them half-brothers. They are clearly loved by everyone; a special bond has already developed between the new colts and the entire family.

Cronk keeps himself busy with the care of his horses. He owns and operates the C&B Bait Co. in Wiscasset and works as a farrier, shoeing horses. When time allows, he and Regina enjoy riding their horses.