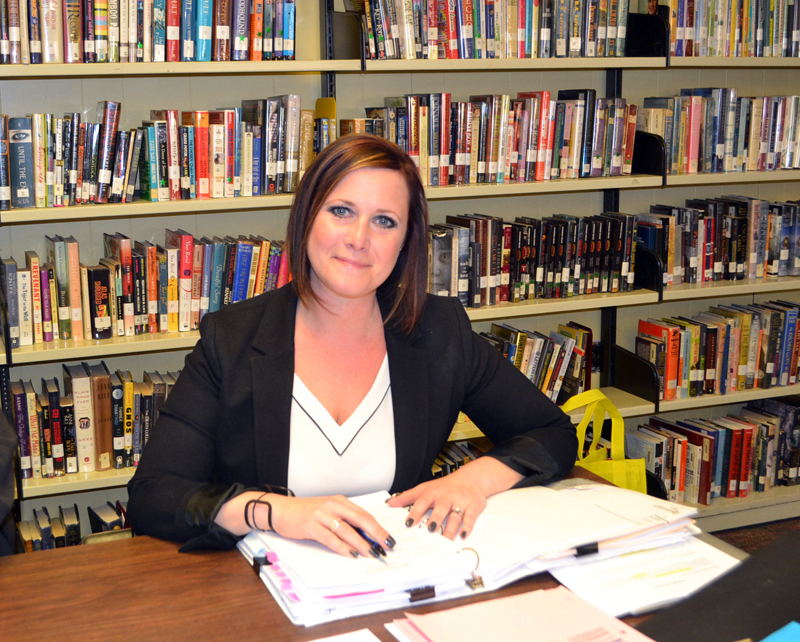 Wiscasset School Department Superintendent Dr. Heather Wilmot will resign at the end of the school year after three years as the head of the department.

An emotional Wilmot submitted her resignation to the Wiscasset School Committee on Tuesday, April 10. Wiping tears from her eyes, she said, “It is with a heavy heart I resign, but I must put my family first.”

Wilmot said her husband’s employer transferred him to another location, and he is working three hours away from home.

She thanked the committee for its support during her tenure. “We have done great things here in Wiscasset, with a wonderful leadership team,” she said.

When the school committee arrived at Wilmot’s resignation on its meeting agenda, Chair Michael Dunn said, “I would like to skip over this portion of the agenda.”

The school committee accepted Wilmot’s resignation and members praised her work for the department.

Director of Special Education Carrie Kern will also leave the department. Wilmot had accepted Kern’s resignation prior to the meeting.

At the meeting, Kern said she has enjoyed working in Wiscasset, which allowed her to work directly with students.

She said she is leaving for two reasons. Her son is a freshman in high school and she wants to spend more time with him. She also hopes to find a better balance between work and family.

The committee briefly discussed a search for a new superintendent, and will revisit the matter at a later date.

In other business, the school committee approved the 2018-2019 budget it will present to voters.

Wiscasset Selectman Katharine Martin-Savage asked the school committee if it would consider hiring a superintendent who would have other duties in an effort to lower the budget.

Dunn said, “We will consider anything that would make sense.”

Martin-Savage asked if the school department could get out of an interlocal agreement for special education if the committee decides it is not working well for Wiscasset, and was told it could.

The school committee voted to go into executive session to discuss administrative contracts. It did not take action upon returning to open session.