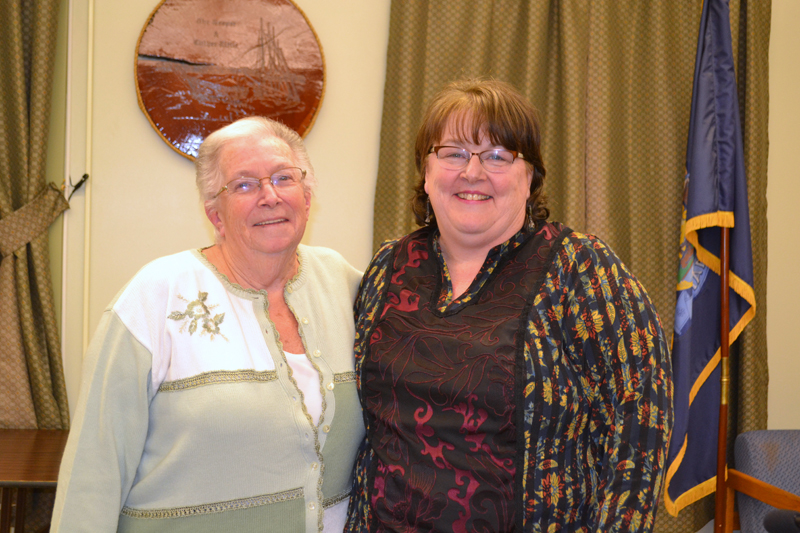 Wiscasset Town Manager Marian Anderson will resign effective Feb. 8 after four-plus years in the role. She is leaving for a position as town manager of Houlton, in Aroostook County.

Anderson is Wiscasset’s eighth and longest-serving town manager since the town adopted the town manager form of government and expanded the board of selectmen from three members to five effective in March 2002.

The town hired Anderson with a three-year contract and later extended it two years. It was due to expire in August.

Before coming to Wiscasset, she had served as Richmond’s town manager since 2009. Anderson is a certified assessor, code enforcement officer, and plumbing inspector.

According to the Bangor Daily News, Houlton received 21 applications for the job.

The announcement surprised most members of the Wiscasset Board of Selectmen.

After Anderson read her letter of resignation, board Chair Judy Colby was briefly speechless. Colby made a motion to accept Anderson’s resignation with regret and the motion carried, 5-0.

“I am very sad to see Marian leave,” Colby said.

“I certainly did not expect that tonight,” Selectman Ben Rines said after the meeting.

“I am not really surprised, but I didn’t expect it tonight,” Selectman Bob Blagden said.

Selectmen Katharine Martin-Savage and Kim Andersson agreed that they did not expect the resignation.

“I am grateful for the opportunity to have known and worked with so many of Wiscasset’s residents,” Anderson said in her letter of resignation. “I have deep respect for the elected, appointed, and amazing staff members with whom I’ve had the privilege to work.

“You have an extremely professional leadership team and staff members that have embraced the principles of teamwork and customer service and will continue to serve you and the town well.

“It has been my privilege to work with each of them. Their counsel has made me a better person and humble leader. I am not perfect, but a much better person because of their support.”

The town will once again call on Gerrish to assist in the search for a new town manager. Colby asked for and received the OK from the board to contact Gerrish for guidance.

“I am leaving Wiscasset, the ‘shiretown’ in Lincoln County, for the ‘shiretown’ of Aroostook County, Houlton, Maine,” Anderson said in an email after the meeting. “I am excited for the new opportunity and, believe it or not, looking forward to the snow.”