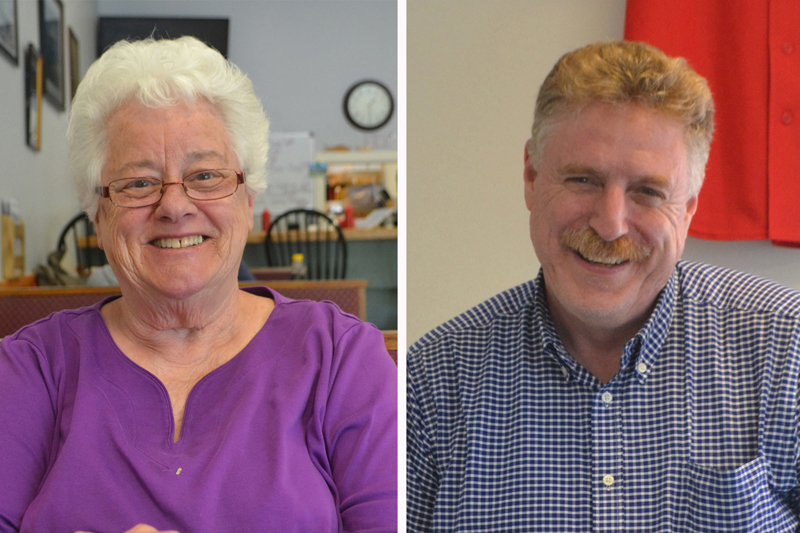 Katharine Martin-Savage (left) and Jefferson Slack finished first and second in a three-way race for two seats on the Wiscasset Board of Selectmen.

Wiscasset voters opted for experience Tuesday, June 11, reelecting Selectman Katharine Martin-Savage and returning former Selectman Jefferson Slack to the board over newcomer Kim Dolce. Voters also approved a part-time planner and all other warrant articles in the annual town meeting by referendum.

Other articles approved included: a special referendum ballot to authorize the town to convey an expanded septic system easement for the use of Chewonki Campground and the budgets for the wastewater system, $750,636; contracted services, $197,500; a part-time planner, $28,000; and the comprehensive plan committee, $20,000.

Dean Shea was elected to a three-year term on the Wiscasset Water District Board of Trustees, and Greg Wood was written in to fill the second available seat.

The Wiscasset Board of Selectmen will hold a special meeting at 5 p.m., Thursday, June 13 to elect its chair and swear in the newly elected and reelected selectmen.