Wiscasset will soon advertise for a town planner due to the results of a special town meeting Thursday, Aug. 24. While members of the Wiscasset Board of Selectmen and other residents objected to the reconsideration of a June secret-ballot vote at Thursday’s open meeting, the article to approve the planning department’s budget passed 56-29.

Ninety-two people turned out for the meeting, the result of a citizen’s petition. Voters had rejected the $66,764 budget 466-256 at the annual town meeting by referendum in June.

The special town meeting was scheduled after extensive debate and a 3-2 vote of the selectmen in early August. The citizen’s petition called for an open town meeting, but holding it was at the discretion of selectmen, according to the town attorney.

Selectmen Ben Rines and Bob Blagden objected to the open town meeting, which they characterized as an effort by a small group of residents to overturn a ballot vote. Some residents in attendance at Thursday’s meeting echoed their objections.

Resident Dick Grondin said he voted in favor of the planning department’s budget at the annual town meeting, but would vote no at the open town meeting because the process “was an insult.”

The town voted to hold referendum town meetings for all warrant articles with a financial component many years ago. “It’s a shame you’re trying to reverse that,” Grondin said. 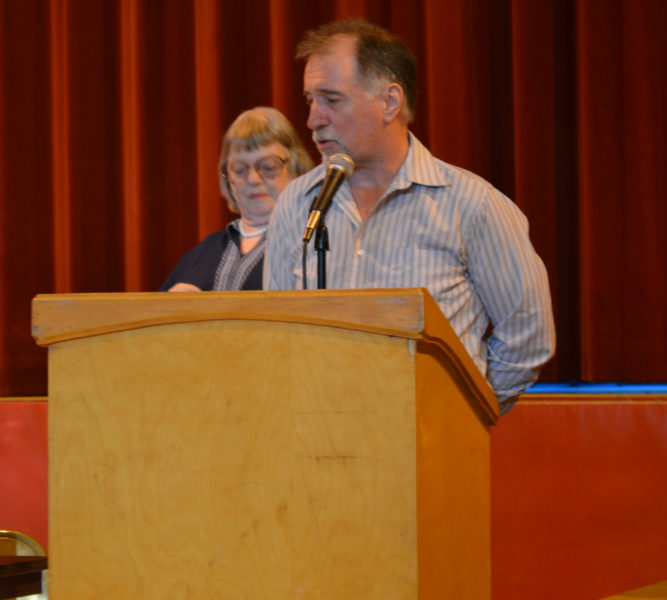 Another resident said the selectmen should have placed the question on the November ballot if the position was so important that it required another vote.

Petition circulators requested an open town meeting in hopes of reversing the vote in time to retain Town Planner Ben Averill, they said.

Averill worked his last day June 30, the end of the 2016-2017 fiscal year. He has since taken a position with the city of Auburn.

Moderator Susan Blagden asked residents to limit their comments to the warrant article in front of them, not the process that resulted in the open town meeting.

Several residents spoke in favor of the position, which they said is key to economic development in Wiscasset.

Some residents said there was confusion about the article voted down at the annual town meeting, and voters didn’t realize a no vote would eliminate the position of town planner.

But Bob Blagden said Wiscasset voters have rejected the planning department’s budget multiple times in recent years, and each time brought it back through a special town meeting.

“There is no way more than a handful of people didn’t know what they were voting on. This has been going on too long,” he said.

Wiscasset has several employees who could absorb the responsibilities of the town planner, Rines said. “We can make it work,” he said.

After nearly 40 minutes of discussion, the warrant article went to a vote and the position was reinstated. Wiscasset will begin to advertise the open position Friday, Aug. 25, Town Manager Marian Anderson said.