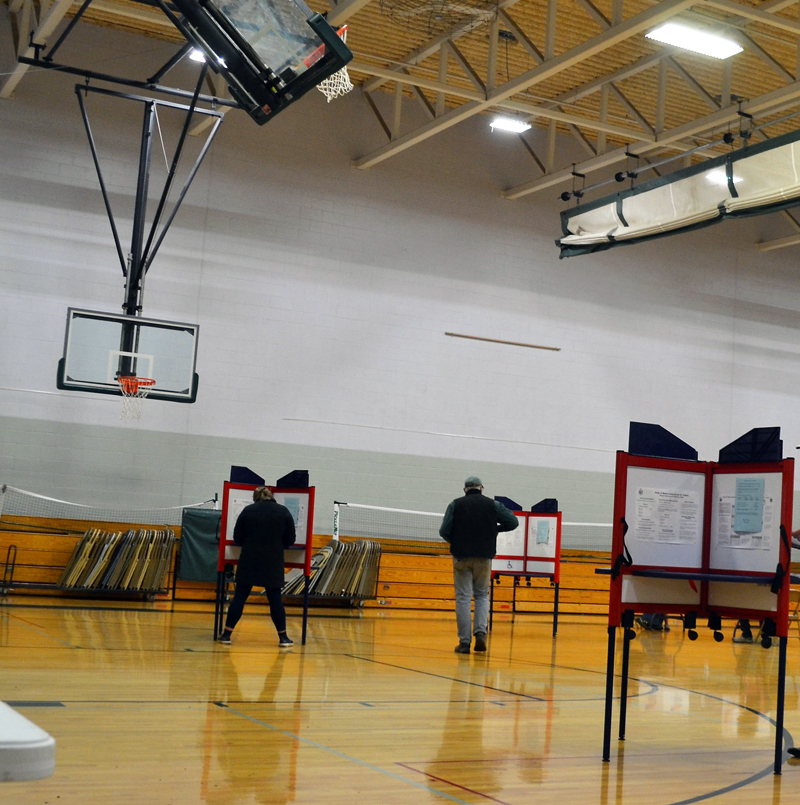 Wiscasset voters continued to turn out to vote until the polls closed, Nov. 2, at 8 p.m. (Charlotte Boynton photo)

Wiscasset voters lined the halls of the Wiscasset Community Center Nov. 2 to vote in a special town meeting with nine questions on the warrant. About 1,295 votes were cast, according to moderator Joan Barnes.

The select board is authorized to negotiate and enter into a long-term lease agreement of up to 20 years with the Maine Art Gallery to use the Academy Building, in a vote of 800 in favor and 470 opposed.

Voters authorized the select board to enter into a net billing credit agreement of up to 20 years, with a vote of 704-511.

The town adopted the solar energy conversion ordinance with a vote of 781 in favor and 443 opposed.

Due to the approval of the solar energy conversion ordinance amendments were made in the glossary to add the following definitions: Solar Energy-Electromagnetic Energy transmitted from the sun; solar energy Conversion Systems, a solar-based energy conversion system that converts solar energy to electric or thermal energy. Facility size is measured by calculating the square footage of solar panels at maximum tilt on the ground below.

Also an addition to the Zoning Article VI due to the adoption of the solar energy conversion ordinance, to include: Add-Solar Energy Systems to the Schedule of Uses in rural column.