Parking on Main Street in Wiscasset is at the center of an upcoming referendum on whether the town should continue its lawsuit against the Maine Department of Transportation. (Charlotte Boynton photo)

Wiscasset voters will decide whether to continue the town’s lawsuit against the Maine Department of Transportation in a referendum Tuesday, April 17.

The lawsuit is an attempt to block the demolition of Haggett’s Garage and the removal of downtown parking as part of the DOT’s downtown project.

The referendum question reads, “Do you wish to continue the lawsuit filed by the Town of Wiscasset against the Maine Department of Transportation regarding the Wiscasset Downtown Project?”

There has been a great deal of controversy over the issue since voters indicated their support for the DOT’s “Option 2” project in June 2016. In the non-binding vote, voters cast 426 votes for Option 2; 206 for Option 3, to take no action; and 90 for a different downtown plan, Option 1.

The DOT’s changes included proceeding without federal funds, a decision project opponents have criticized as a way to bypass federal standards for historic preservation.

Haggett’s Garage, on Water Street, is in the town’s historic district, although opinions differ on whether the building itself can be considered historic.

The town of Wiscasset hired attorneys Peter Murray and John Shumadine to sue the DOT.

The DOT’s attorneys and the towns negotiated a consent agreement, which was presented to the selectmen and the public Feb. 13. 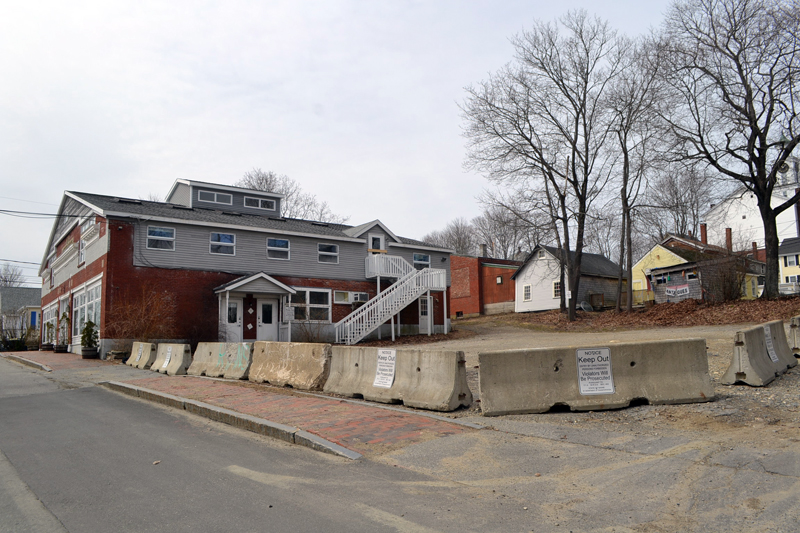 The referendum could determine the fate of Haggett’s Garage. The Maine Department of Transportation plans to demolish the building and build a parking lot on the site. (Charlotte Boynton photo)

Under the agreement, the DOT would comply with the town’s historic preservation ordinance and request a certificate of appropriateness for the demolition of Haggett’s Garage. If the DOT could not obtain a certificate, it would exclude the demolition of Haggett’s Garage and the construction of a parking lot on Water Street, and move forward with the rest of the project.

The selectmen rejected the consent agreement and the court case moved forward. The next court date is Thursday, April 12, when the Maine Business and Consumer Court will consider the town’s request for a preliminary injunction against the DOT and its request to require the DOT to receive a certificate of appropriateness before it starts work.

The cost of the lawsuit is a concern to some taxpayers. A downtown building owner and other project opponents have offered to pay the town’s legal expenses. The selectmen have said the voters would have to decide whether to accept such a donation in a second vote after Tuesday’s referendum.

Wiscasset-based attorney David Soule Jr. has said that downtown building owner Ralph H. Doering III sent him $75,000, which he has deposited in an escrow account and which will be available to the town if it goes forward with the lawsuit.

“I want to make it clear that this offer is made not to convince anyone how they should vote, but is made so that any decisions made by the town and the voters are not based upon concerns about costs and any related impact causing an increase in taxes, but are based solely upon the issues related to the proposed project for the downtown,” Soule said in a letter to the selectmen.

The escrow agreement includes conditions for the disbursement of funds.

Under the agreement, the town would submit requests for reimbursement to Soule. He will review the requests and determine “the appropriateness of any such disbursement,” and his decisions will not be subject to review.

It remains unclear whether the town would accept the funds. On Feb. 13, the selectmen voted 5-0 to direct Town Manager Marian Anderson to meet with an attorney and draw up an article to ask voters whether to accept the funds. The vote would take place after Tuesday’s referendum.

Pros and cons regarding Option 2 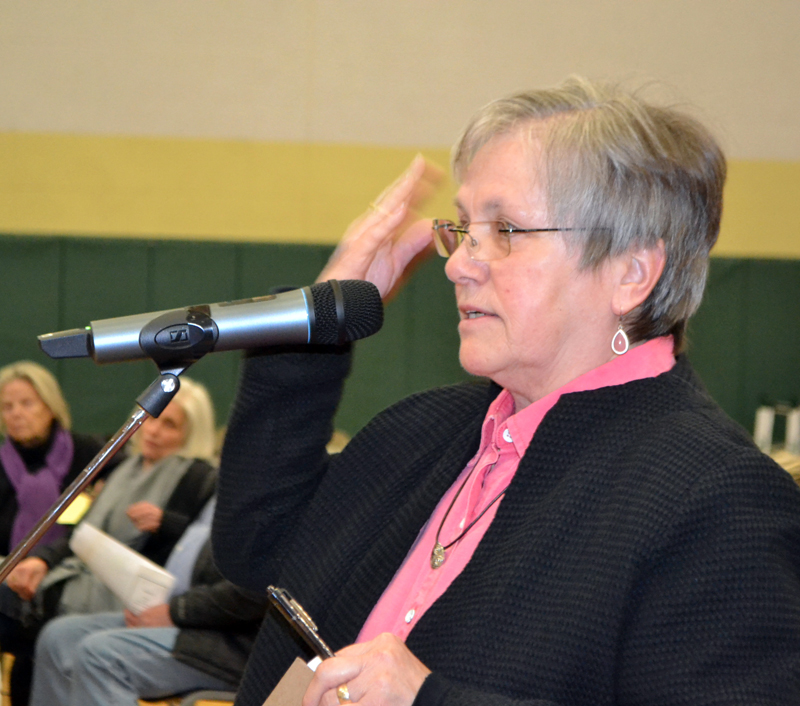 Wiscasset resident Judy Flanagan hopes the “no” side will prevail in the referendum. (Charlotte Boynton photo, LCN file)

A group of residents who feel the lawsuit will result in permanent damage to the town have retained legal counsel to file a motion to intervene as defendants in support of the DOT project.

In brief interviews, people on opposite sides of the question shared their thoughts.

Wiscasset resident Judy Flanagan, a supporter of Option 2, said she is in favor of the project because it will provide a safer downtown for pedestrians as well as motorists.

Visitors to the downtown will have safe off-street parking, will not have to back out into oncoming traffic from the diagonal spaces on Main Street, and will be able to walk on handicapped-accessible sidewalks to the shops in town.

Flanagan said she doesn’t want the historic value of Wiscasset to be depleted, and believes the project will enhance the historic features of the town. 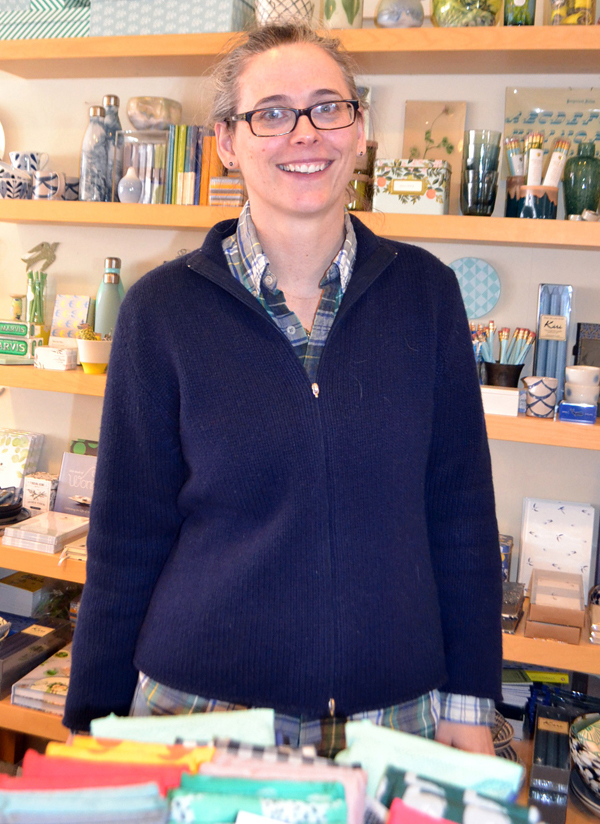 Erika Soule owns the popular Rock Paper Scissors shop on Main Street. She is also a property owner in Wiscasset.

Soule has been a business owner in Wiscasset for 18 years and calls Wiscasset her hometown. She attended school in Wiscasset from kindergarten through high school.

Soule is in favor of pursuing the lawsuit because she is afraid of the town losing downtown parking.

“I am not anti-process. I would like to see a compromise that would work out for everyone,” Soule said. “I do not want to see the history of Wiscasset lost.”

“You don’t see little towns like this anymore,” Soule said. “We have to work to keep them.”

If the town does not pursue the lawsuit, she said, “I would wait to see what happened. I couldn’t afford to wait too long. I most likely would move my shop.”

The polls will be open at the Wiscasset Community Center from 8 a.m. to 8 p.m.

(Editor’s note: This article has been updated to include the vote totals from the non-binding June 2016 referendum and to clarify whether the June 2017 referendum was non-binding. The 2017 referendum question referred to itself as binding, but DOT and town officials said it would not be legally binding.)