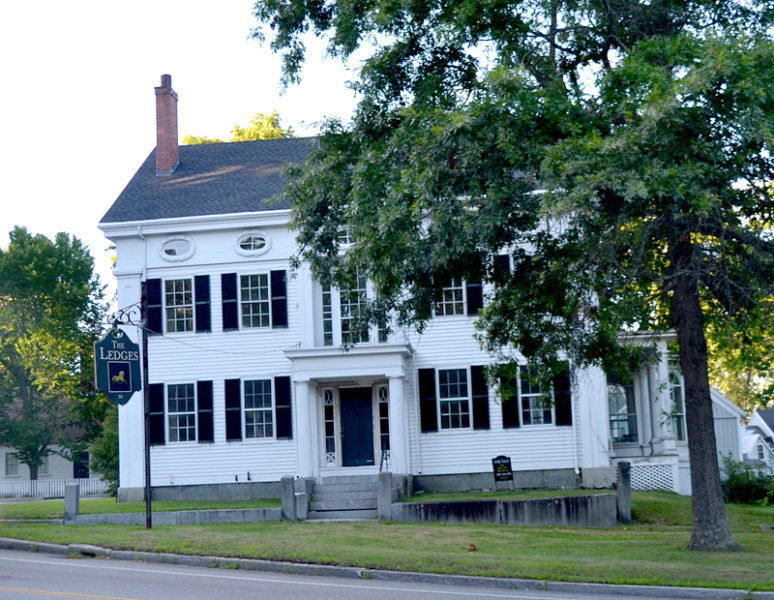 The former Ledges Inn on Main Street in Wiscasset will soon have new life and a new name. The Wiscasset Planning Board approved an application Monday, Aug. 22 for a New York restaurateur to restore the property and open a restaurant and bed-and-breakfast called the Grey Lady. (Charlotte Boynton photo) 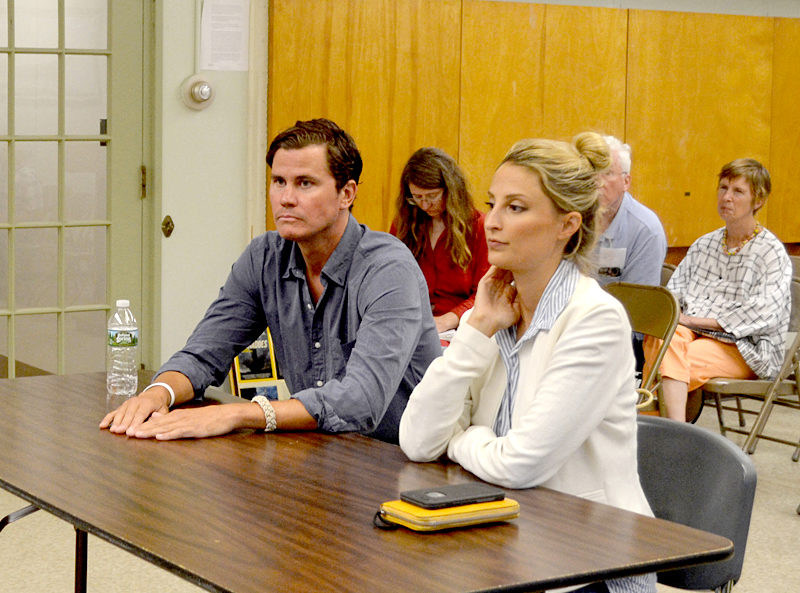 Ryan Chadwick and his partner, Emily Siegel, present their plans to restore the former Ledges Inn and open a restaurant and bed-and-breakfast to the Wiscasset Planning Board on Monday. Aug. 22. The planning board approved their application. (Charlotte Boynton photo)

The Wiscasset Planning Board approved an application from Ryan Chadwick, a restaurateur from New York, to convert the historic Ledges Inn at 211 Main St. into a bed-and-breakfast with a restaurant.

Chadwick, who is going to purchase the building, told the planning board his goal is to bring the building back to its “glory days” of the 1940s and ’50s. He said it is a beautiful building and he plans to restore it to its original beauty. He plans no additions to the present structure, only to repaint the home white with dark shutters, do some interior work, and do some landscaping.

Chadwick and his partner, Emily Siegel, also of New York, presented their plans to the planning board Monday, Aug. 22.

After the board’s review of the applicable standards, the board determined that, in order to accept the application, a waiver was necessary for a sketch plan.

In an effort to expedite the process, Chadwick asked if he could request the waiver verbally at the meeting.

Planning board member Karl Olson said a request for a waiver must be in writing, according to the ordinance.

The meeting was called back to order and the written request for a waiver was accepted by the board. The board later approved the application.

Planning board member Al Cohen asked Chadwick when he thought he would be up and running.

“I am aiming for the next summer season,” Chadwick said. “This could be a two-year project. I hope not, but there is a lot to do.”

Another planning board member asked if it was going to be a seasonal business. Chadwick said he is planning on a year-round business.

Chadwick thanked the planning board for its approval. Soule told him he was free to move forward with his plans, but he would need to come before the selectmen for a food and liquor license when he is ready.

Chadwick is no stranger to the restaurant business, according to his application. His previous businesses include Grey Lady locations in Aspen, Colo., Montauk, N.Y., Nantucket, Mass., and New York City, as well as Norman’s Cay Restaurant in New York City. His partner, Emily Siegel, is an interior designer who has worked on various hospitality and residential projects, including the Shelborne Wyndham Grand in Miami, the Queen of the Night at the Paramount Hotel in New York City, and the Monarch, a high-end steakhouse in Aspen.

The Wiscasset business will also be called the Grey Lady. Chadwick has given several of his restaurants that name. It will be a New England-style seafood restaurant with a large dinning room, along with a bed-and-breakfast that will include eight bedrooms, seven full bathrooms, and two half-bathrooms.

Planning board members wished the couple well with their plans to bring back the glory days for the old building.