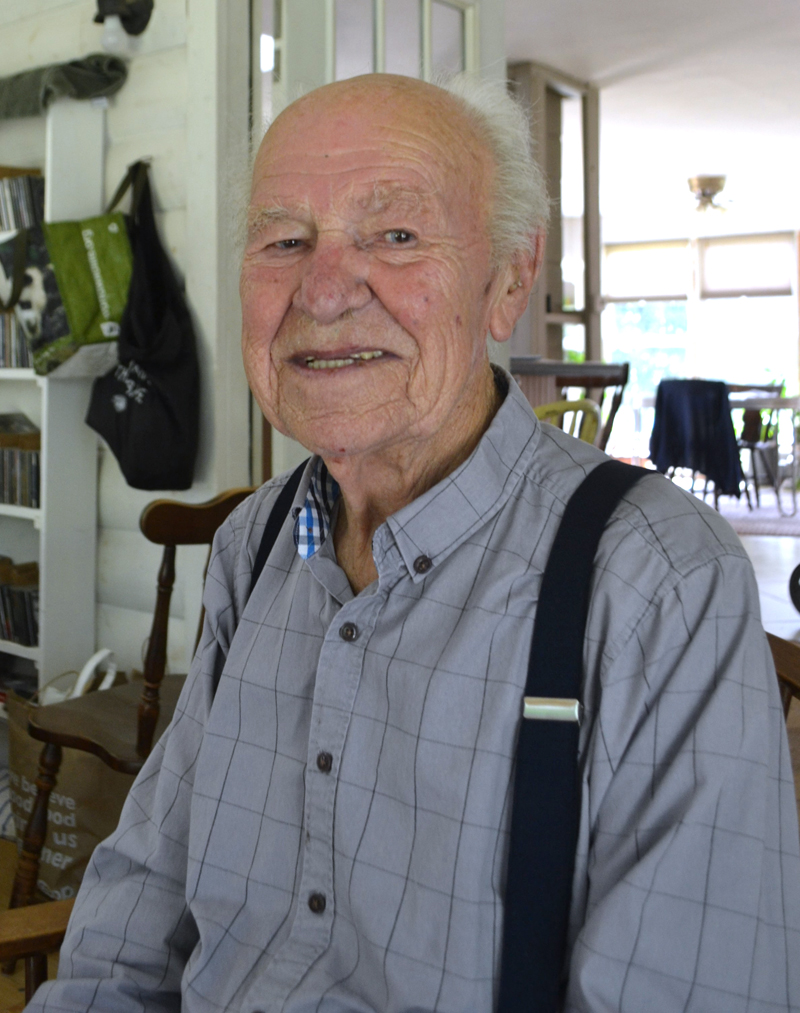 At the age of 97 and realizing it could become more difficult for him to travel as years went on, Burkholder decided to visit Maine, perhaps for the last time, to spend some time with his family members living in New England.

He got on a plane at the Dulles International Airport in Washington, D.C., flew into Portland, and was picked up by his daughter, Paula Burkholder, who lives in Wiscasset. It was a busy week for Burkholder, with visits throughout the week from his family in Maine and Vermont. The week was topped off with a family gathering in Portland on Sunday, Aug. 28 to celebrate both his visit and the birthday of a great-grandson.

Born to Elmer and Dagmar Burkholder, Burkholder grew up with three brothers and three sisters in Fort Madison, Iowa. He graduated from high school in June of 1943 and enlisted in the U.S. Navy the same year.

After basic training, Burkholder was sent for pilot training. According to Burkholder, shortly after getting there, the Navy decided they had too many pilots, and he was assigned to the USS South Dakota as a radar technician, for which he was responsible for the operation and maintenance of the installed radar and electronic warfare equipment on the ship when it went into combat areas.

According to Burkholder, the USS South Dakota saw most of its action before he went on board, and he was reluctant to speak of any action he may have encountered while serving on the ship. One thing he did say was that he was very proud to serve his country.

According to its war record, the USS South Dakota saw a lot of action during World War II. After being commissioned in March of 1942, the ship was transferred to the Pacific for the Guadalcanal Campaign. During the Battle of Santa Cruz Islands, the USS South Dakota was hit by a Japanese bomb. 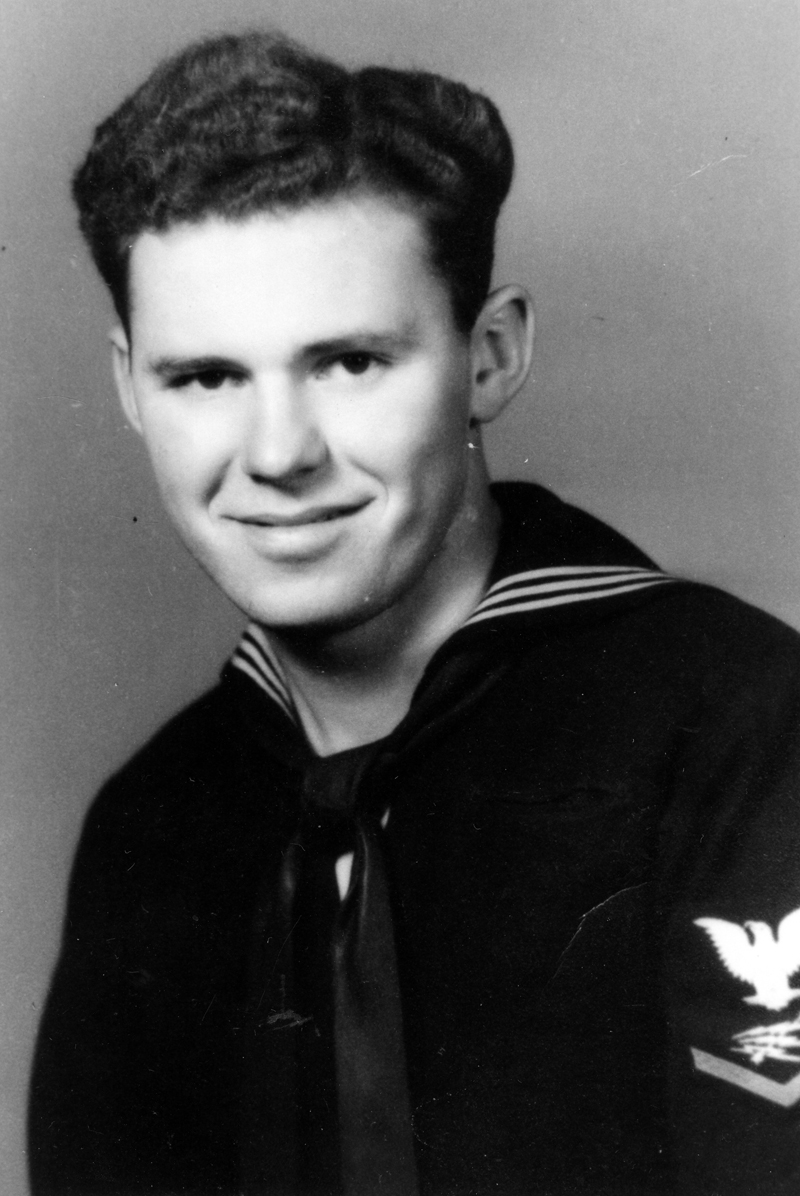 A young Jack Burkholder in 1943, shortly after enlisting in the U.S. Navy. (Photo courtesy Burkholder family)

Following repairs in the United States, the USS South Dakota headed out for the Atlantic in February 1943. In the spring of 1944, it provided service with the British Home Fleet. The ship returned to the Pacific in November 1944, operating with carriers during raids on Japanese bases. During the Battle of the Philippine Sea, on June 19, 1944 the South Dakota was hit again by a Japanese bomb and returned to the U.S. for repairs.

After being discharged from the Navy, Burkholder took advantage of the GI Bill, which President Franklin Roosevelt signed in 1944 to provide veterans with funds for college education, to study business administration.

In 1952 he married Bernice Horton. The couple had five children — Brad, twins Paula and Pamela, Steve and Mark.

For a short time Burkholder worked as a conductor on the railroad, traveling from Chicago, Ill., station to Fort Madison, Iowa for about a six-hour trip, he said.

His father also worked for the railroad.

Burkholder met Arthur Newhouse, who Burkholder referred to, as a “man of great wealth.” Newhouse was the owner of several furniture stores throughout the United States. Burkholder was hired as a salesman by Newhouse. In 1956 Newhouse purchased the Hooker’s Wayside furniture store in Barre, Vt.

In 1958, Burkholder, his wife, and five children moved to Barre, Vt. to work in Newhouse’s furniture store. The family of seven lived in a hotel for a while until they could move into a house.

While working for Newhouse, Burkholder studied interior decorating, and became known throughout the area for his interior designing. One of his well-known clients was Maria von Trapp in Stowe, Vt. Her memoir, “The Story of the Trapp Family Singers,” told the story of the von Trapp family’s escape from Nazi-invaded Europe to the United States. It was later adapted into the movie “The Sound of Music.”

The von Trapp family settled in Stowe on property that reminded them of their home in Austria in 1942. In 1950, they opened the Trapp Family Lodge to welcomed guests to their home. 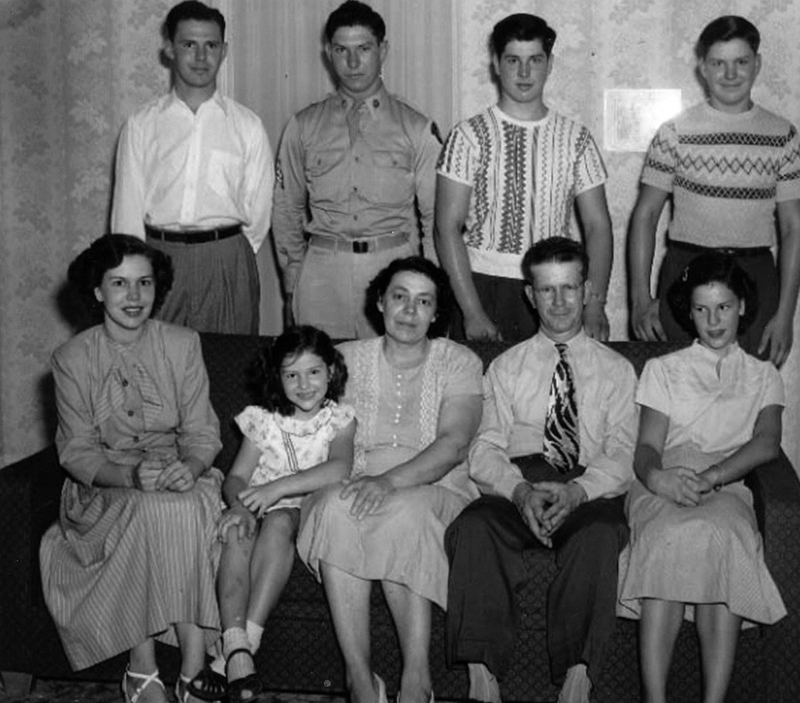 Von Trapp hired Burkholder as an interior decorator for rooms in the lodge. He said he worked for von Trapp for six years, during which time he became friends with the family.

In 1970, the marriage of Burkholder and his wife of 18 years ended in a divorce. In 1974 he married Sandra Fourier. She had two sons, Lance and Wade, the latter of whom was 10 years old when Burkholder and Fourier married.

“He has been like a father to me,” Wade said in a phone interview.

This past December, Wade retired from the Secret Service after serving 31 years and 11 months in the service. His brother Lance owns and operates the Fourier Landscaping business in Ferrisburgh, Vt.

After their marriage, Burkholder and Sandra opened the Jasan Upholstery Shop in Middlebury, Vt. The name Jasan is a combination of their first names — Ja for Jack, and san for Sandra. They later sold the business and moved to Florida with intentions of retiring.

When Sandra’s mother became ill, the couple decided to move back to Vermont to be near her. While back in Vermont, they decided to open a flower shop and named it The Blossom Basket. In 2017, they sold the business and moved to Warrenton, Va. to live near Wade, who keeps a close eye on the couple.

Burkholder’s other children are spread throughout the coast. Brad lives on Peaks Island, Steve lives in Venice, Fla., Mark lives in Vermont, and Paula lives in Wiscasset. Pamela passed away in 2021.

According to Burkholder, the interview for this article was the first interview he had given in all his years, adding “and it will be the last,” with a smile on his face.

At the conclusion of the interview, he was asked when he officially retired. His answer was firm: “I haven’t.”